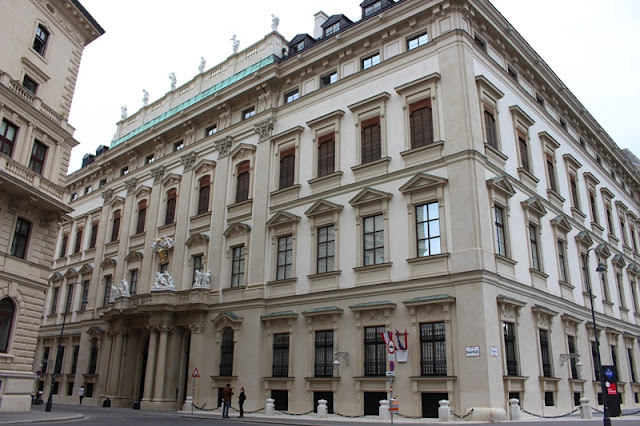 Time for another stop of our journey around the Princely Family of Liechtenstein's Austrian properties: The Stadtpalais came into the hands of the family on April 23, 1694 when Prince Johann Adam I purchased the unfinished building from Count Dominik Andreas of Kaunitz, an Austrian diplomat. Construction according to plans of Enrico Zuccalli had begun three years earlier. Prince Johann Adam I had the construction completed by Domenico Martinelli, who created the first monumental Baroque portal in Vienna on the front facing Bankgasse; the second side portal on Minoritenplatz was added later by Johann Lucas von Hildebrandt. Other artists involved in the construction of the palace included stuccateur Santino Bussi, sculptor Giovanni Giuliani and the painters Andrea Lanzani and Antonio Bellucci. As you can probably already guess by the names, Prince Johann Adam I had a great love for Italian artists.

The Prince decided that the newly purchased Stadtpalais was to become his and his immediate family's main residence and as such, it had to contain both residential areas as well as all the necessary rooms for the prince’s household. In addition, he needed enough space to accommodate his already rather large art collection. Starting in 1705, various paintings and other pieces of art were displayed on the second floor. While the first floor meanwhile contained the state rooms and apartments, the kitchens, bakery and servants’ quarters were located in the basement and on the ground floor. 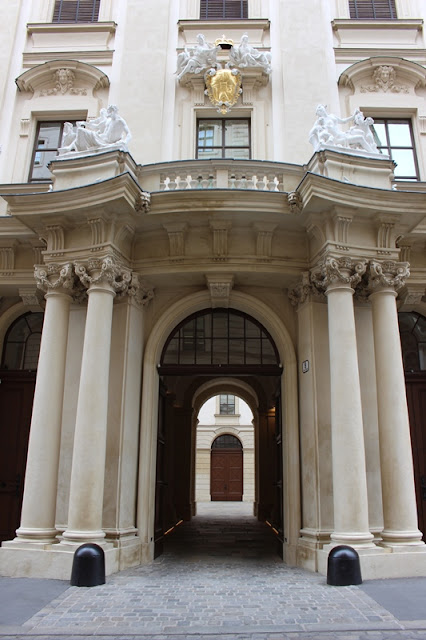 One of the Stadtpalais' most famous features was and still is a monumental Baroque stairway giving entrance to the two upper floors. The staircase included sculptures by Giuliani and stuccowork by Bussi. Unfortunately destroyed during World War II, it was rebuilt during the most recent renovations of the palace that is generally considered to be Vienna's first major Baroque building.

Around 1790, Prince Alois I, however, decided to move his family back to the Liechtenstein's former main residence, or Majoratshaus in German, that was located in the Herrengasse and later demolished in 1912. Between 1807 and 1810 the paintings gallery of the Stadtpalais was transferred to the Gartenpalais together with oil paintings by Bellucci, which had previously adorned the two upper floors of the Stadtpalais and were subsequently integrated into the ceilings of the garden palace. During the same period of time, the palace was rented out to Archduke Johann and Archduke Ludwig, two of the sons of Emperor Leopold II, and later the Russian embassy found its home in the Stadtpalais. 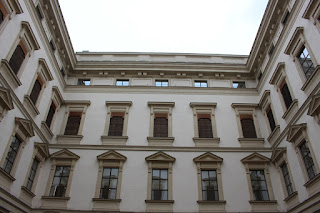 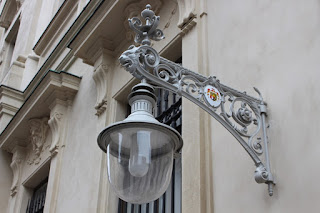 Prince Alois II decided that he wanted to use the Stadtpalais for himself again and, between 1836 and 1847, had it remodelled in Rococo Revival style. The plans had been drawn up by Peter Hubert Desvignes and executed by craftsmen Carl Leistler and Michael Thonet. Together they created one of the earliest and most important Rococo Revival interior furnishings in the whole of Vienna. The major constraint for Desvignes was to neither change the basic architectural room arrangement nor the Baroque decorative elements which he thus had to incorporate into the Second Rococo refurbishments. One of the most prominent features of the renovations are inlaid parquet floors made of different types of wood, which were steam-bent and glued into the designs.

The palace, however, wasn't only famous for its artistic side but also for its various technical refinements during the 19th century: an elevator over four floors, internal intercom with correspondence tubes made from rubber and silk with ivory mouthpieces as well as hot air heating with outlet vents cleverly integrated into the wall paneling. In addition, it was possible to open and close all the windows on one of the street façades simultaneously by means of a spring-loaded mechanism. Certain internal doors, which were mirrored on one side, could be raised and reversed to both make the room appear bigger or to actually make it bigger. 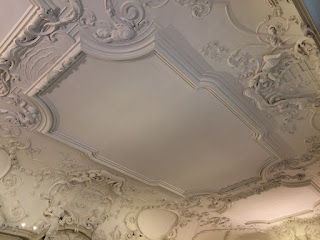 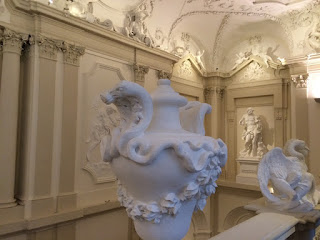 Due to the lengthiness of the renovations, the vernacular started to call the palace "Künstlerversorgungheim", which would translate to something like 'artists care facility', as it employed several artists and craftsmen for more than ten years and beyond, as the facilities had to be kept updated and were prone to breaking down. Some sources say that the renovations cost Prince Alois II around four million gulden which would be around 120 million euros today and the talk of the Empire back then. The opening ball on February 16, 1848 was a major social event and Princess Nora Fugger described the Stadtpalais as having no equal in the whole of Europe when it came to beauty and magnificence.

In 1938 after the Anschluss of Austria into Nazi-Germany, the Princely Family moved their main residence from Vienna and their other estates in the former Austro-Hungarian Empire to the Principality. They also managed to bring their extensive art collection with them. In the final days of the Second World War the Stadtpalais as well as the whole of Vienna suffered extensive damage during bombing raids. In addition, an aircraft crashed into the roof of the palace and the ceiling of the stairway on the second floor was completely destroyed. There was also considerable damage to the adjacent state rooms. 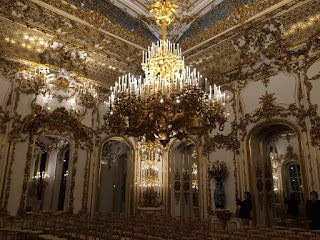 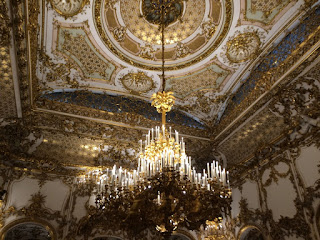 In the years immediately following the war, work was carried out to secure the fabric and repair the worst damages, but due to the financial losses sustained by the family as a result of and after the war, the palace was not restored until the mid-1970's and even then it was done on a smaller scale. The Stadtpalais was later rented out to the Austrian Ministry of Foreign Affairs which didn't do anything for the preservation as they added fake walls and raised floors without paying attention where they fixed them.

After the Gartenpalais had been extensively renovated and restored during the early 2000's, renovation works on the Stadtpalais started in 2009 and took four years to be finished. Prior to the beginning, it was estimated that the renovations would cost around 80 million euros but in the end it turned out to be about 100 million which were solely paid for by the Princely Family. During the renovations, an eighteen metre deep three-storey art depot was created beneath the inner courtyard which now houses major parts of the Princely Collections. In addition, a steel skeleton was added as support for the building. The entire palace is up to the newest technological standards and now fully air-conditioned, barrier-free and some 1200 especially designed LED lights replaced the historic candlelights. Not surprisingly due to the the invaluable art collection stored at the palace, it also features highest security standards. 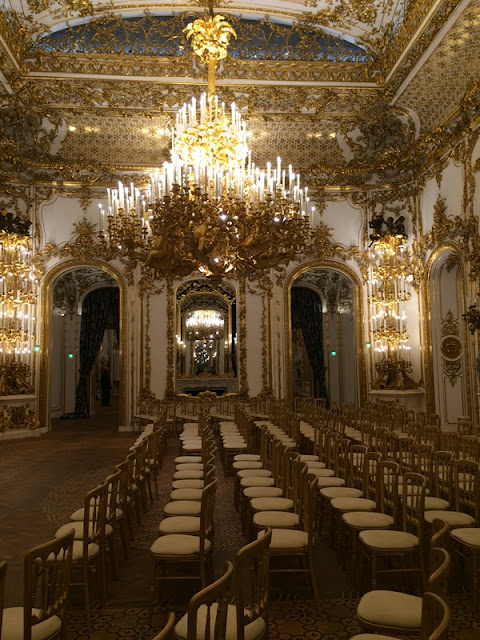 The restauration laid emphasis on the use of authentic materials and original building techniques. Instead of applying new gilts, the old ones were extensively cleaned and new gold leafs (around 150,000 of them) were only added on newly decorated parts. On average, there were 200 to 250 people on the site each day - at peak times it was as much as 500. It took 54,000 hours alone to restore the gildings. To reconstruct the old silk wall coverings exactly like they were before, a weaving loom like it was used 170 years ago was built. Thanks to the effort, the restorers managed to return the interior and exterior walls of the palace to their original condition.


Good to know:
These days, the Stadtpalais houses private living quarters for the Princely Family as well as offices for both the LGT Bank and the Prince of Liechtenstein Foundation (which both have to pay rent). In addition it is open to the public twice a month though you have to book the tour in advance. Admission is 25 euros but very much worth it. They had the most knowledgeable tour guides I have ever come across, and believe me, I have visited quite a few castles in my life!