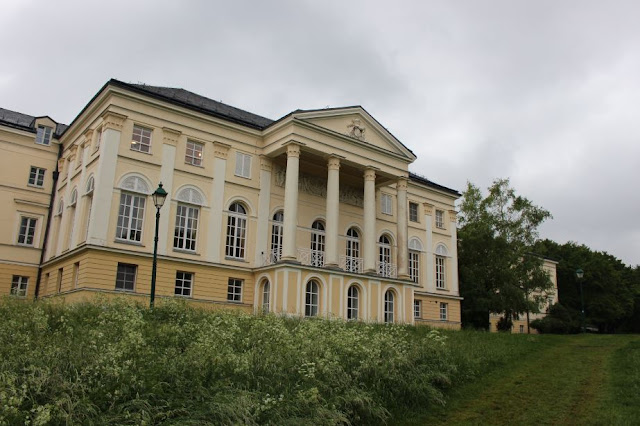 Anno 1596, Georg Wiesing, the administrator of Count Hans of Khevenhüller-Frankenstein - at the time owner of Burg Liechtenstein located just opposte of the Schloss - had a Meierhof, a farm or building occupied by the administrator (the Meier) of a noble or ecclesiastical estate, built in place of today's Schloss. Hans of Khevenhüller-Frankenstein had been entrusted with the area as a fiefdom by Emperor Rudolph just four years earlier.

Schloss Liechtenstein, just like the old castle next to it, was destroyed during the Battle of Vienna in 1683. And also just like the Burg, the Schloss's ownership changed a number of times during the following decades: There were the noble Waffenberg family, Baron Josef of Penkler and then Prince Stanislaus of Poniantovsky, who called the castle their own. After hundreds of years, it was Prince Johann I of Liechtenstein who bought Burg Liechtenstein, his family's ancestral home they (and thus the country) actually take their name from - and the surrounding estates back for his family. 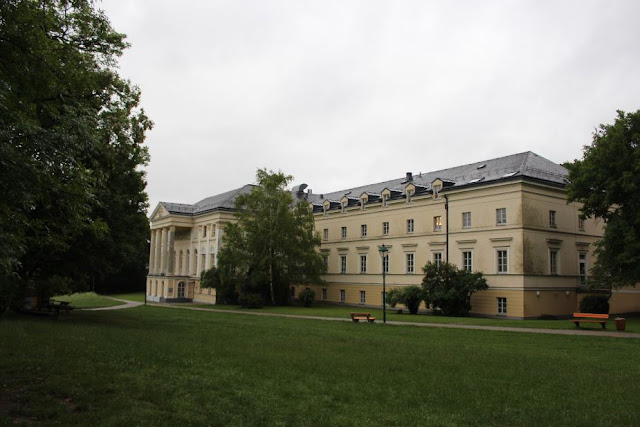 In 1820, he commissioned architect Josef Engel, a student of Joseph Kornhäusel, to build a Biedermeier-style summer residence for the Princely Family just opposite of their ancestral home. Previously, a Baroque castle with a small tower had stood in its place, at least according to a 1795 painting by Johann Christian Brand. Inspiration for the summer residence was taken from Schloss Weilburg in Baden near Vienna, which Archduke Karl of Austria had gifted his wife, née Princess Henriette of Nassau-Weilburg.

Today's Schloss is a rather simple, three-storey building. The side facing the Burg features a nine-axis classicist central section and high round-arched windows and doors on the main floor. The gable of the central pillared loggia is adorned by the coat of arms of the Princely Family, who regularly spent time at Schloss Liechtenstein prior to the Second World War, who sadly brought about its demise. In 1945, the Schloss suffered heavy war damage and was later used by the Red Army before it became a reception centre for Hungarian refugees in 1956.

By the 1960's, it was in such a desolate condition and uninhabitable that a total demolition was considered in 1964, despite it being under monumental protection since 1939. The largely-ruined Schloss Liechtenstein, parts of which had actually been demolished, was later sold by the Princely Family and turned into a retirement home. After long restoration and some more demolition works, only the central part of the original 19th century summer residence still remains.

Good to know:
Schloss Liechtenstein is now a retirement home and thus not open to the general public. However, it's still worth having a quick look at it when visiting nearby Burg Liechtenstein.


The original version of this post was published on Luxarazzi on July 13, 2015.
Austria Closed Liechtenstein (family)