Wanna buy castle? This one is for sale: Schloss Holdenstedt near Uelzen in the Lower Saxon nowhere about half way between Hanover and Hamburg. The third castle by this name was built by Christian Ludwig von der Wense, a member of an old Lower Saxon noble family, between 1700 and 1708. The Baroque-style building had two predecessors, a moated castle firstly mentioned in the 13th century and a Renaissance-style castle built during the 16th century and heavily damaged during the 30 Years War, which was later demolished. The castle built by Christian Ludwig von der Wense was given a new and simpler Classical-style facade in 1840 though the original stucco works by Carlo Francesco Tagliata still remain intact, at least some of them. 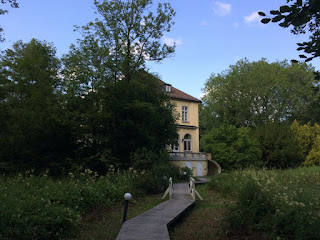 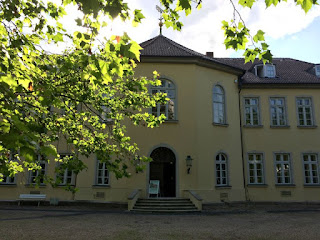 The castle was inhabited by members of the Wense family for centuries until it was sold to an anthroposophical society. When they went out of business in 1983, Schloss Holdenstedt was bought by the town of Uelzen. Now they are trying to sell it as the castle is in rather bad shape. If you want to buy it though, you have to be quick (and have a spare high six figure lump of euros laying around). Local politicians decided that if the town doesn't find a buyer within six months (meaning until about October or November of this year), they will keep the Schloss and do the necessary renovation works themselves. Where they will get the money from remains a mystery as municipalities in the Lower Saxon provinces anything rarely have any spare money laying around.


Good to know:
Schloss Holdenstedt is open to the public (for now at least) and houses a museum of local history. The museum is open between March 1 and October 31, Tuesdays to Saturdays from 2.30 to 6pm as well as on Sundays and holidays between 11am and 6pm. Admission per adult is 4 euros. More information here.
Germany Lower Saxony Open Park Uelzen Wense