Vienna Day 4: Schönbrunn, Liechtenstein Times Two, and Not Much More

May 22, 2015
My fourth day in Vienna won't bring you *that* many pictures as I largely spent the day inside. Although this day has been planned (for at least half of it) this way for months, it was actually quite convenient as it rained throughout the most of the day. (I always forgot this before but also follow me on Instagram to get more updates throughout the day.) 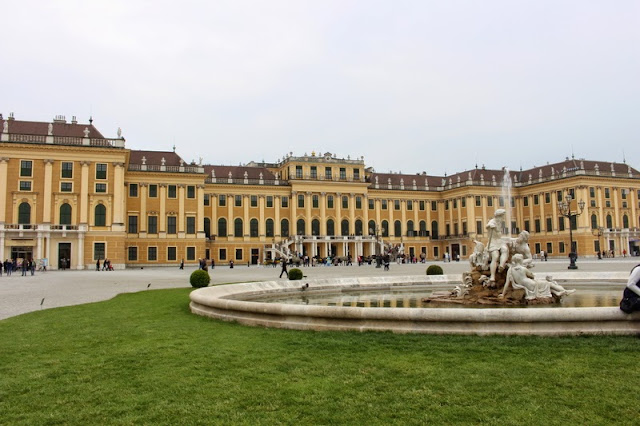 To kick off the day, I visited one of Vienna's - if not Austria's - most famous sights: Schloss Schönbrunn, the former summer residence of the imperial Habsburg family. Of the 1441 rooms, you can tour some fourty. 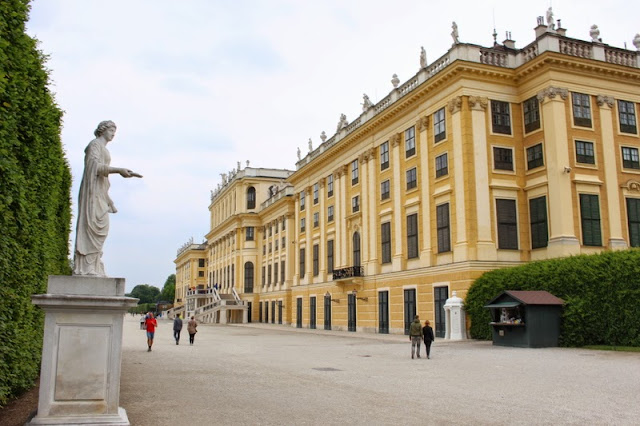 Unfortunately, you aren't allowed to take any pictures inside though you probably wouldn't have been able to take any good ones anyway. It might not be so noticeable in the pictures but Schönbrunn was immensely crowded. In the first few rooms of the tour, you are simply edged through the rooms by the crowd of people, all with the audioguides pressed to their ears. 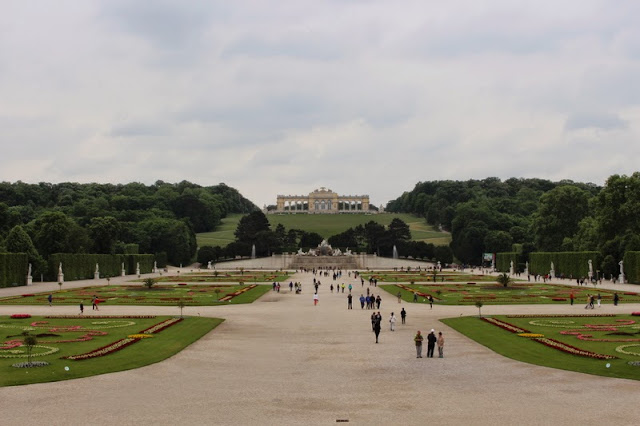 By room 18 or so, you are able to escape from the crowd a little and so the tour actually gets enjoyable. Its highlights certainly include the Great Hall. 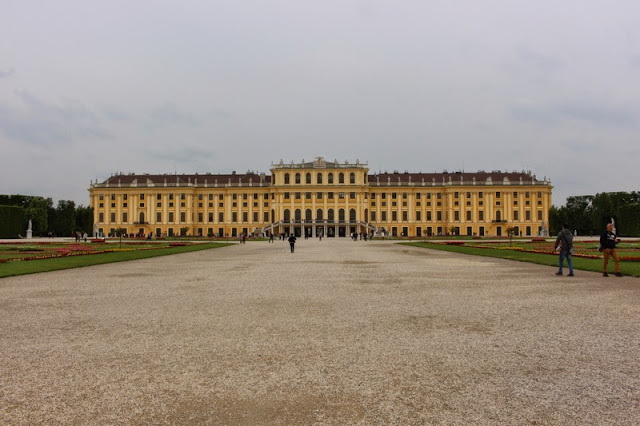 Since the mid-1950's, Schloss Schönbrunn has been one of the major tourist attraction of Vienna and, with about 2.5 million visitors, is actually the most visited landmark in all of Austria... 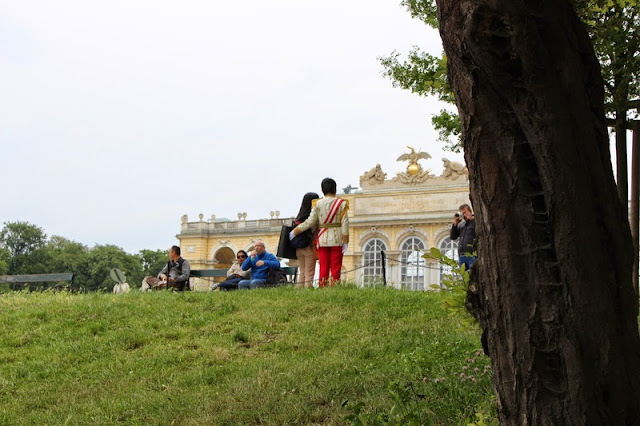 ...and one of them really got into the spirit of things! (Yes, he was a tourist and not one of those dressed up people you can take pictures with you run into about seemingly everywhere in Italy.) 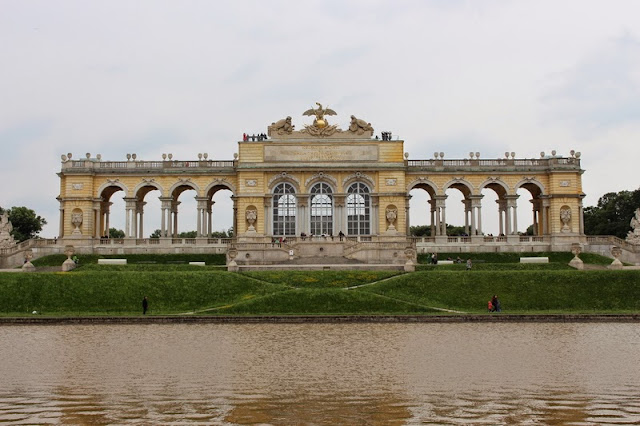 The garden axis of the park points to a 60-metre-high-hill, which is crowned by the so-called Gloriette. It was designed to glorify Habsburg power... 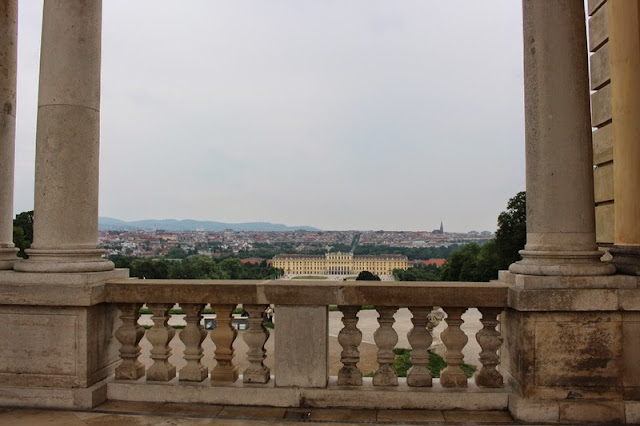 ...and offers great views over the palace as well as the whole of Vienna. 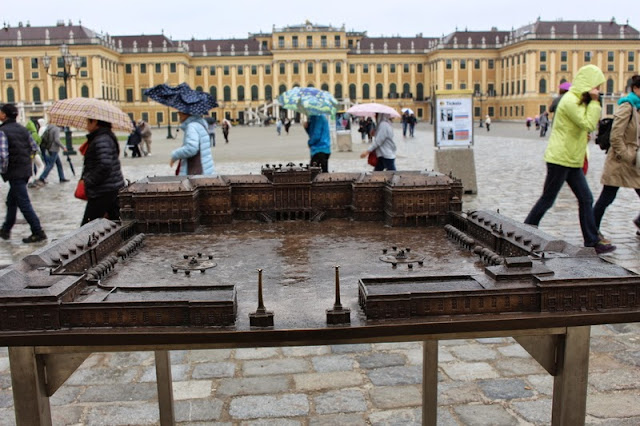 Yep, it was rainy and windy and so I called a rather quick end to my tour of the park after visiting the Gloriette. Plus, I had another place to get to... 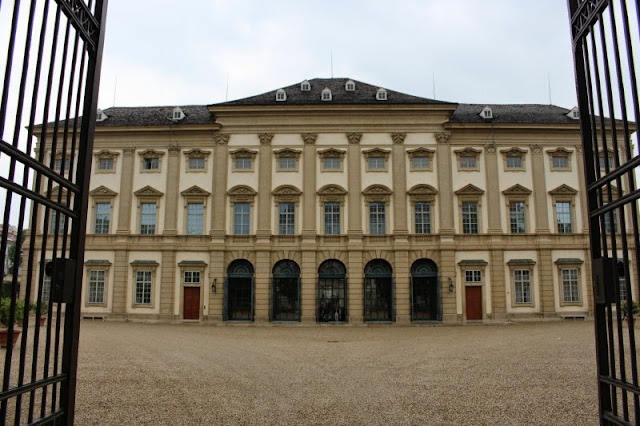 ...the one I had planned for for weeks, and which is actually the reason I'm in Vienna this week (not the Eurovision Song Contest): the Gartenpalais Liechtenstein. 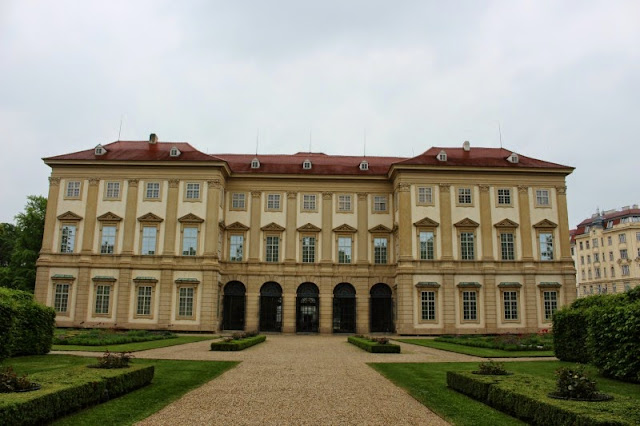 The Liechtensteins are originally an Austrian noble family who still own a great number of castles and palaces in Austria. Two of these places, the garden palace (above) and the city palace (more on it in a minute), also show selected pieces from the family's famous art collection. 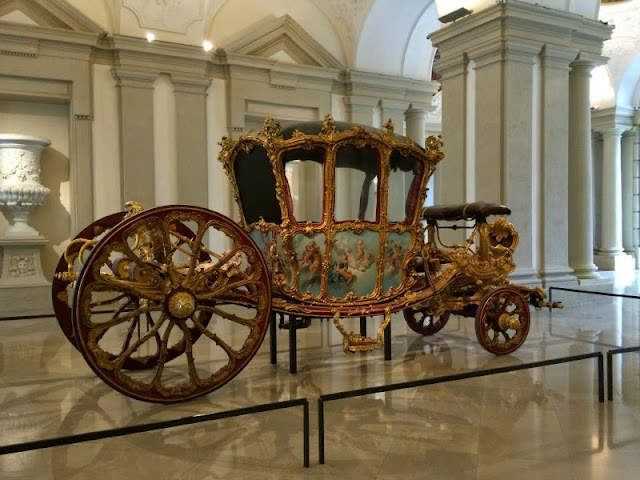 And I can tell you, a visit to the Gartenpalais is an amazing and very welcome contrasting change to how things are handled at Schönbrunn. The Liechtenstein palaces are only open once to twice a month and you are personally welcomed with a glas of bubbly from the Liechtenstein wine cellars which you can enjoy while marvelling at the Golden Carriage of Prince Joseph Wenzel of Liechtenstein in the Sala Terrena. You also get free copies of some of the fanciest brochures about castles I have ever seen, even featuring the debossed coat of arms of the Princely Family. 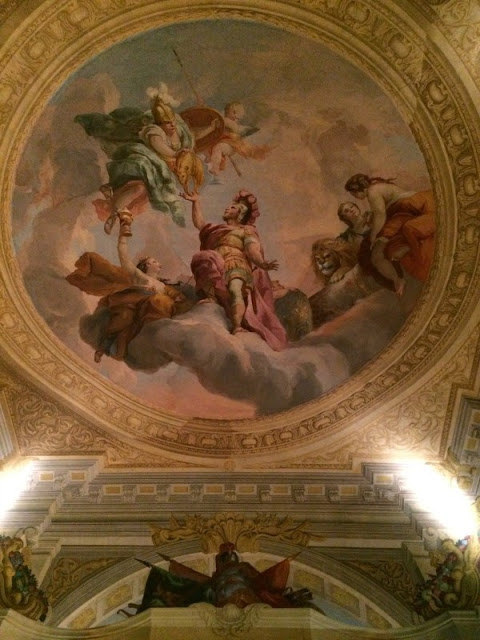 And after after your arrival, you are led through the palace where you can enjoy lots of art including a great number of Rubens paintings and marvel at the Baroque archiecture. The picture above shows the ceiling of the library as you aren't allowed to photograph in any of the rooms that have moveable works of art in them. 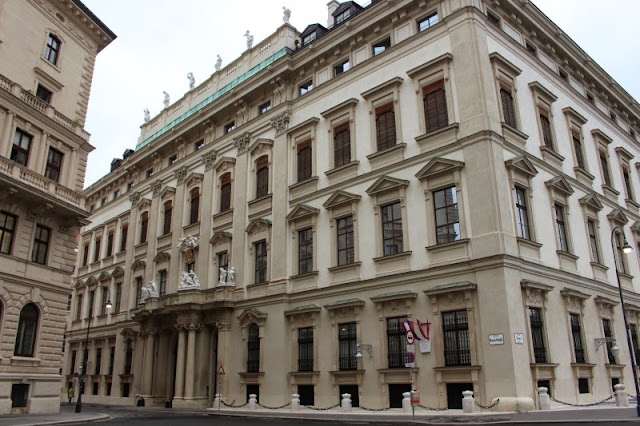 The same goes for the Stadtpalais, for centuries the main residence of the Princely Family of Liechtenstein located just behind the Burgtheater, and so you will need to make do... 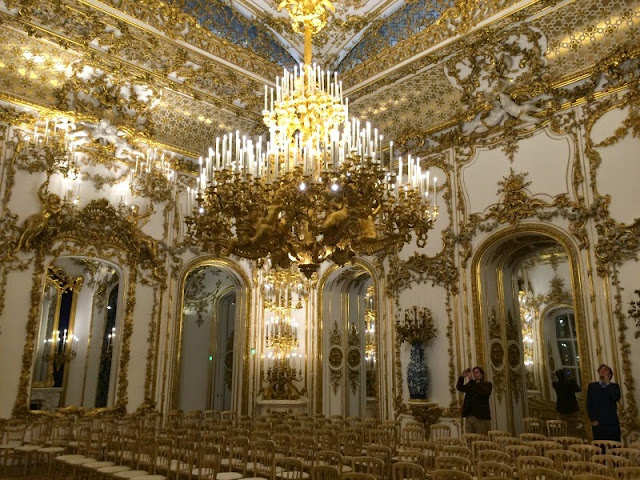 ...with a (admittedly crappy) picture of the great dancing hall. Too much gold? Then you agree with Prince Alois II of Liechtenstein (1796-1858). Allegedly, the putti in the corners are not golden because he simply thought that there already was too much gold in the room.
Austria CastleTravel Habsburg Liechtenstein (family) Vienna 2015