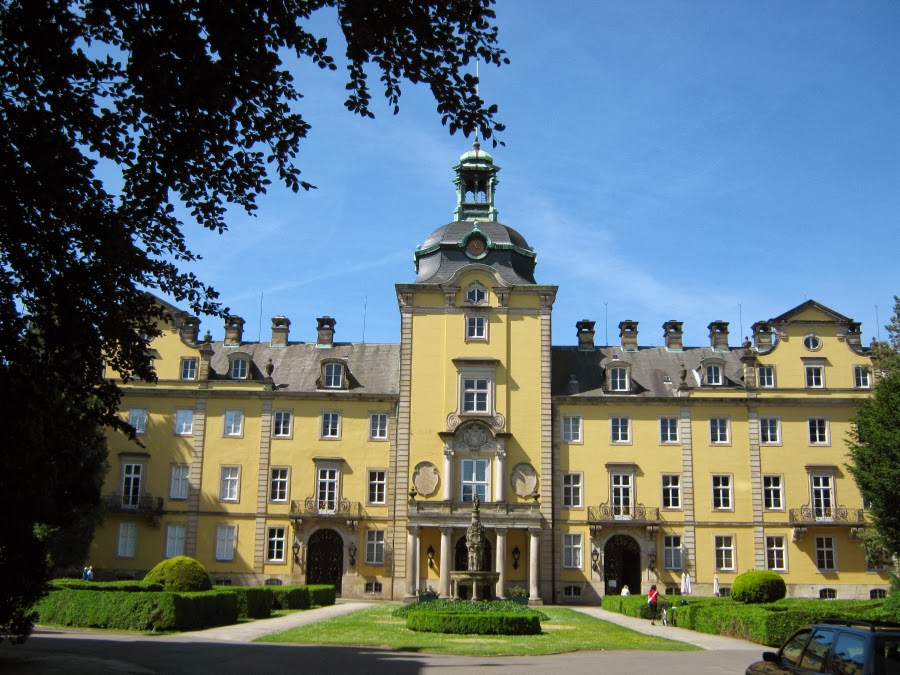 The Principality of Schaumburg-Lippe might have been one of the smallest of the German states but it lasted until the very end, Fürst Adolf II was one of the last reigning German monarch to abdicate on November 15, 1918. The capital of the smallest of states, at least population-wise, within the German empire was Bückeburg and it is in its heart where the Schaumburg-Lippe family still has their main residence.

The origins of Schloss Bückeburg date back to the early 14th century when the “Bückeburg” was firstly mentioned in 1304. It was Count Adolph VI of Holstein-Pinneberg and Schaumburg who had erected the castle in order to be able to control a nearby important trading road. Originally merely consisting of a fortified tower and some farm buildings, the castle steadily developed due to the settlement of farmers and the construction of a chapel and by 1527, it finally became a fortified complex with walls, moats and bastions. 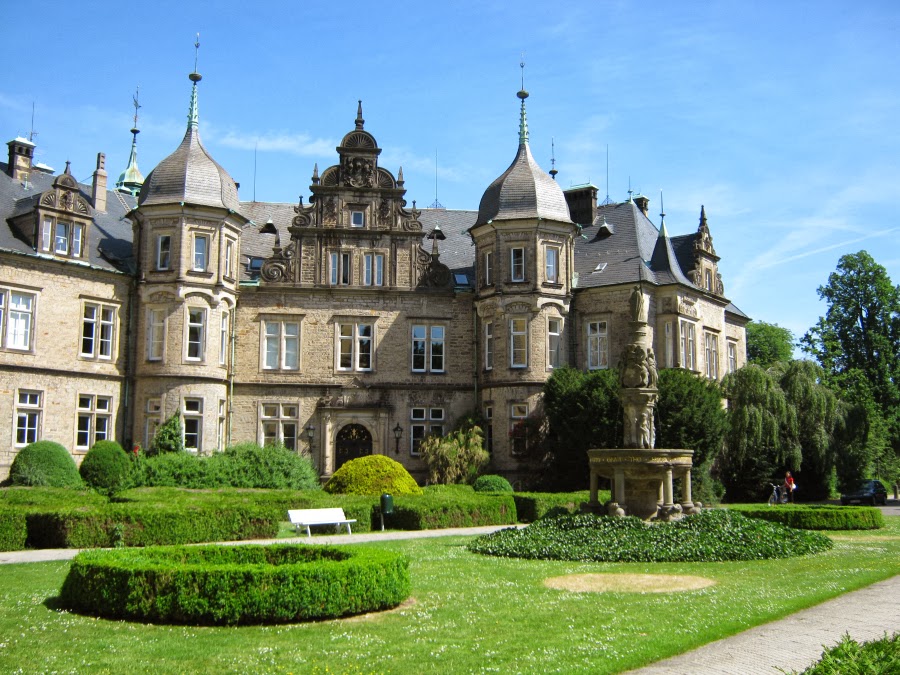 Starting in 1560 and within four years, Count Otto IV of Schaumburg turned the moated castle into an imposing four-winged renaissance-style castle. The master builders Heinrich Schrader and Jacob Kölling were able to integrate parts of the old buildings into the new complex and connected the western and northern wings of the castle via an open gallery. In 1607, Count Otto IV’s son Ernst, who reigned from 1601 until 1622 and personally made a Prince in 1619, made Bückeburg his residence and gave the settlement town privileges. Prince Ernst mainly made changes to the surroundings of the castle as well as its mannerist-style chapel.

With Otto V, the Schaumburg family died out in male line and parts of the county including Bückeburg was inherited by the brother of Otto’s mother, Count Philipp of Lippe-Alverdissen, and the territory became henceforth known as Schaumburg-Lippe. The new count and thus castle owner, a protestant, had the entire castle church covered in white wash to hide the art historically notably frescos. 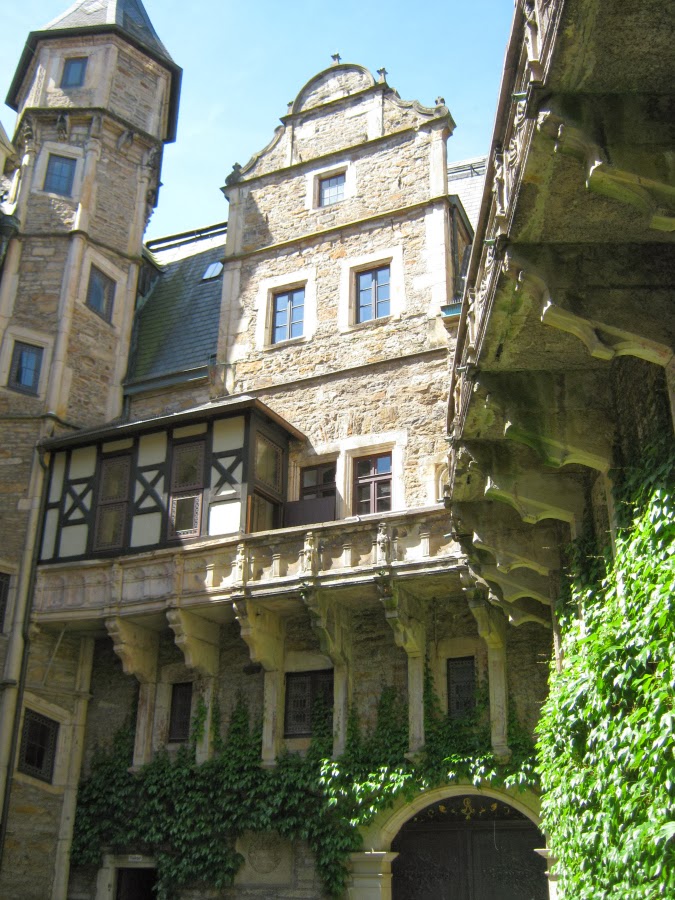 Between 1728 and 1748 Albrecht Wolfgang of Schaumburg-Lippe reigned in Schaumburg. In 1732 a great fire burnt down the east and south wings of the castle but thanks to a fire tax, it was rebuilt within a year. While Albrecht Wolfgang would have liked to add more wings to the castle, the money from the fire tax only allowed to rebuilt the two wings; this time in Baroque style, which still dominates the exterior of the Schloss to this day.

Starting in 1860, Prince Adolf Georg had the interior of the castle extensively renovated. Among other things, the castle chapel was restored to its former glory and the old frescos uncovered. More changes were made between 1893 and 1896, when a new wing was added to the tower - an addition already aforementioned Albrecht Wolfgang would have liked to make. The interior of the new wing includes the Great Ballroom measuring 9 metres in height, 12 metres width, and almost 24 metre length. Below the ballroom there is a kitchen which can easily accommodate the preparation of 250 meals. 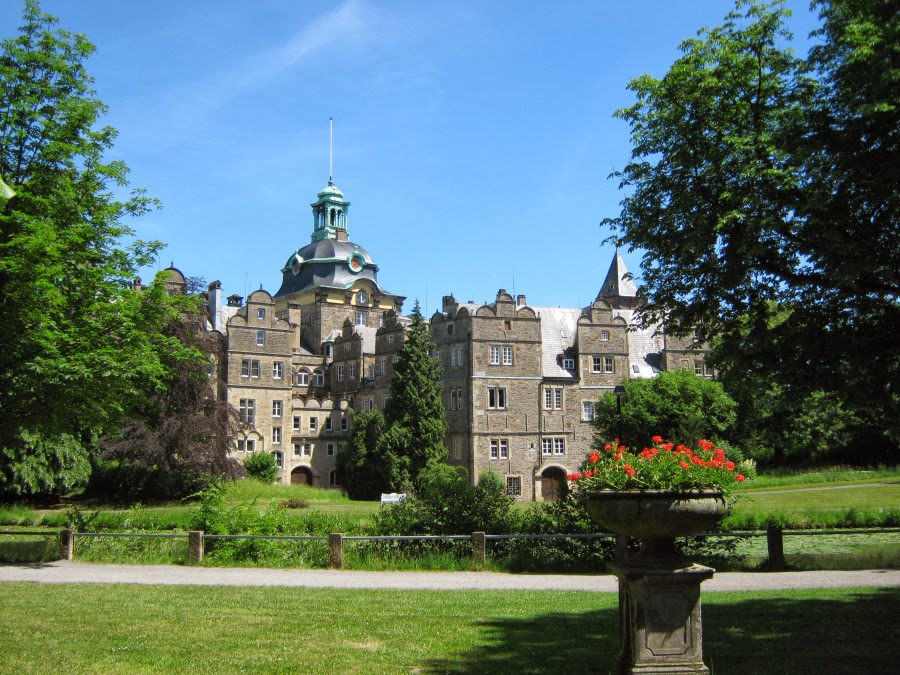 Since it was originally built in the 14th century, Schloss Bückeburg has been permanently occupied and even though the current Prince of Schaumburg-Lippe still lives there, parts of the castle are open to the general public. A special experience is visiting the Princely School of Riding Art located close to the castle.


Good to know:
Schloss Bückeburg is open to visitors all year round. From October to March between 9:30am to 5pm, and from April to September between 9:30am and 6pm. The last guided tour starts an hour earlier than closing time. If you don't happen to be a citizen of Bückeburg, you unsurprisingly have to pay an admission fee to get into the castle. It's 7,50 euros per adult and 4 euros per child. For more information, have a look here.
Germany Lower Saxony Open Schaumburg Schaumburg-Lippe