Special Exhibition: "Path to the Crown" 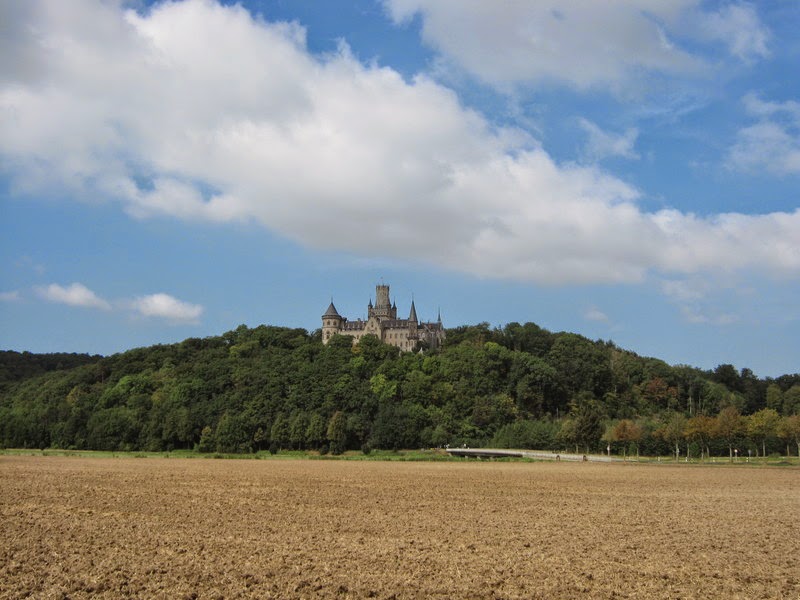 This year does not only happen to be the 300th anniversary of the beginning of the personal union between the Hanoverian and British thrones, but also the 200th anniversary of the creation of the Kingdom of Hanover following the Congress of Vienna in 1814. To mark the second event, the Guelph family themselves are hosting a special exhibition at their ancestors' summer residence south of Hanover, Schloss Marienburg.

As the name suggests, the "Path to the Crown" exhibition quite literally chronicles how the Electorate of Brunswick-Luneburg (or more informally Hanover) became the Kingdom of Hanover. The exhibition is a seperate guided tour in a part of the castle not usually featured in the normal tour. It leads to several - 14 if I recall correctly - rooms with various exhibits. The crown jewels, which are exhibited for the first time in former Guelph territory, can be seen at almost the end of the tour.

As I knew both from people who had visited previously as well as from newspaper articles, the exhibition is very well visited. So well, that the ticket office asks you to reserve tickets in advance as it often happens that tickets for the day get sold out rather quickly. Thus I went on a weekday morning at 10am outside of the school holidays and was still surprised at how busy it was. Luckily it turned out that I had also seen a group of people who had booked their very own tour and there were only nine people in my special exhibition tour. 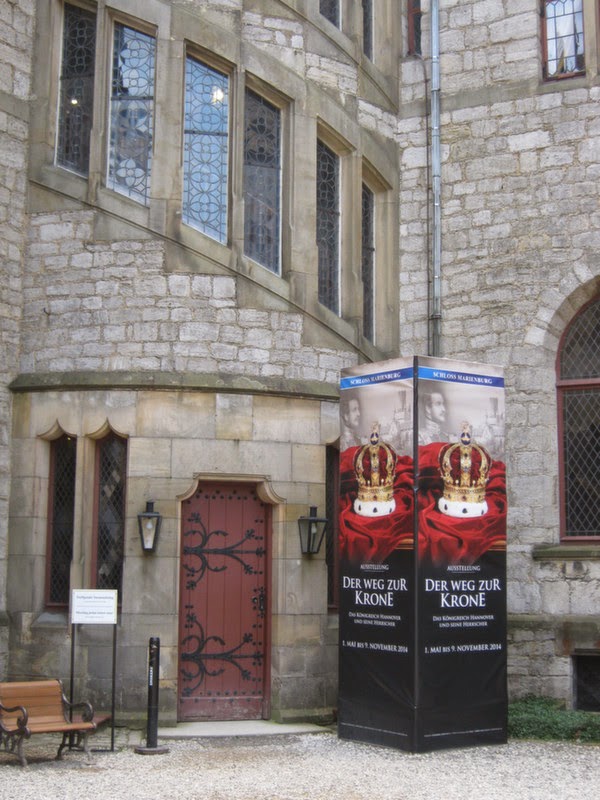 My main reason to go early in the morning was exactly that, I wanted to go when there was not much else going on. As mentioned previously, the exhibition leads to several rooms, most of them rather small. There are showcases and such in almost every room, and it turns out that if you are in a group with many people, you will have a hard time to get to see all of them. Needless to say, with the small group I was in, we did not have such troubles.

The exhibition features many lovely paintings and later photographs (to show the life of the Guelph family after the end of the monarchy), items of interest such as a letter from Queen Victoria to consent to a marriage or the bloodstained nightgown the future King Ernst-August wore during an assassination attempt, as well as, of course, the crown jewels. The crown of the Kingdom of Hanover, the bridal crown and the scepter are all very pretty, though the second one rather small and all in all less sparkly than I had expected. Nonetheless, it is a nice exhibition which can be recommended to anyone interested in royal history.

Have you visited the "Path to the Crown" exhibition at Schloss Marienburg yet? Let me know what you thought of it!

Good to know:
The exhibition will run until November 9, daily from 9am to 6pm. Admission for adults is six euros though there is a combination ticket for both the special exhibition as well as the normal castle tour available.
Germany Guelphs Hanover Lower Saxony Special Exhibition 2014