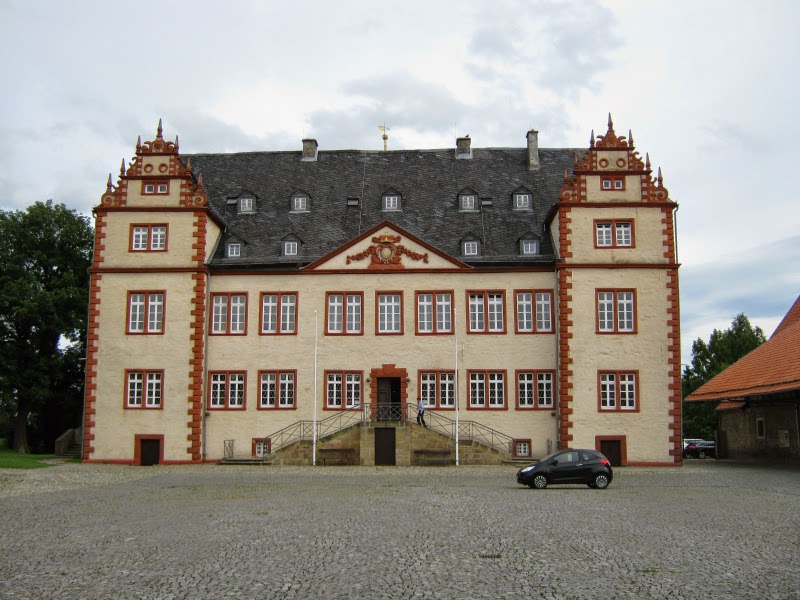 To be perfectly honest with you, where I come from, you don’t think very highly of Salzgitter. To be perfectly honest once again, I had previously only been there to go ice skating and also to the local lake once. The town of Salzgitter was only founded in 1942 and it looks like it; it’s quite grey, many 1950’s to 1970’s buildings, industry as well as more industry. I knew that the town, which actually does not have a real centre, was originally made up out of several villages but I had never been to one of the village-y villages.

That changed this past weekend and I must say, I was pleasantly surprised. The village of choice was Salder, which most prominently features a castle by the same name - obviously as otherwise I wouldn’t tell you about it on this blog - but also lots of other nice old building. As so many castles around Hanover and Brunswick, Schloss Salder was once owned by the Guelph family but its history started out with another few (noble) families.

In the beginning of the 17th century, the noble Saldern family had run into financial difficulties and mortgaged some of their estates to Statius of Münchhausen. He leased the estate in Salder to David Sachse, a colonel and privy councillor of the Wolfenbüttel branch of the Dukes of Brunswick-Luneburg, for 40 years. In 1608, Sachse started with the construction of a castle, colloquially called Sachsenschloss, according to plans of Paul Francke. Due to differences of opinion with the ruling Duke Friedrich Ulrich of Brunswick-Wolfenbüttel, Sachse had to leave the Principality and died soon after in 1613. 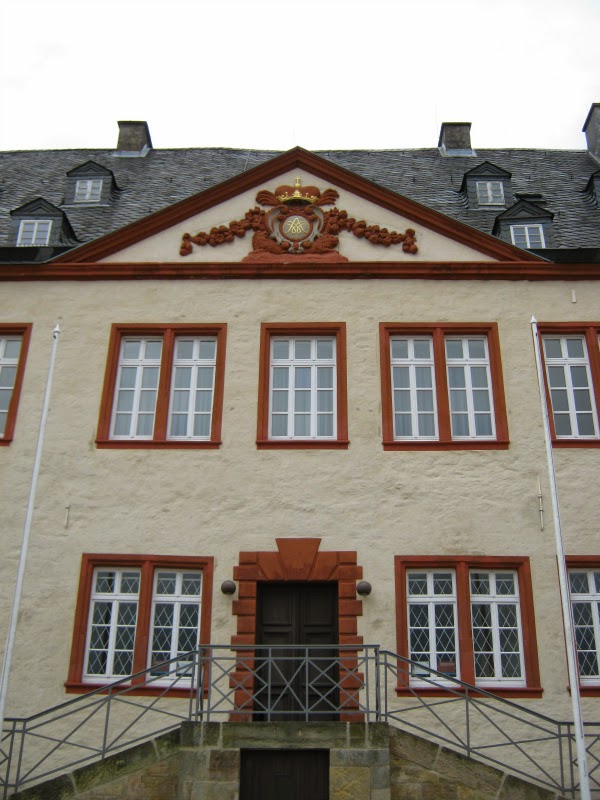 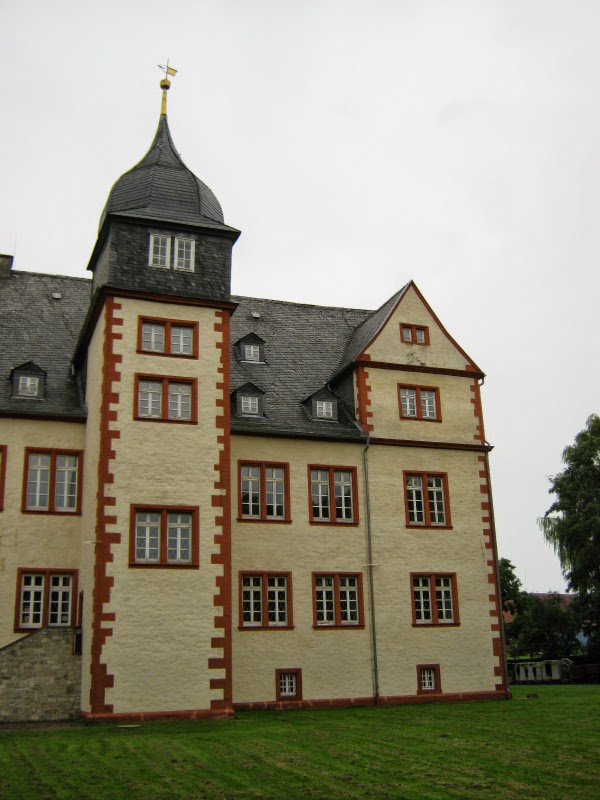 As Duke Friedrich Ulrich did not have the necessary funds to do so, he instructed the Saldern family to buy their former estate back from Sachse’s daughters. The Thirty Years’ War left the castle in serious despair. A report of 1687 indicates that the floors were rotten and fractured, and the windows stuffed with straw. It is believed that the castle stood empty for most of the latter half of the 17th century.

The castle’s history changed dramatically on November 19, 1695, when it was bought by Hereditary Prince August Wilhelm of Brunswick-Wolfenbüttel. The heir to the Principality had the castle renovated, reconstructed and expanded according to plans of Hermann Korb. For example, he added a balcony and a gable with the monogram of the Hereditary Prince to the western facade. Italian Giacomo Perinetti rebuilt the Schloss’s interior in Baroque-style featuring lots of stucco.

After Duke August Wilhelm’s death in 1731, his widow née Princess Elisabeth of Schleswig-Holstein-Sonderburg-Norburg lived in the castle for another nine years before Duke Karl I bought the right of use from her and opened a ducal state farm. During the following years, the balcony on the Western front was removed and in 1795, the district court moved into the building. The court moved out again in 1867 and during the late 19th century the western wing was torn down and rebuilt. 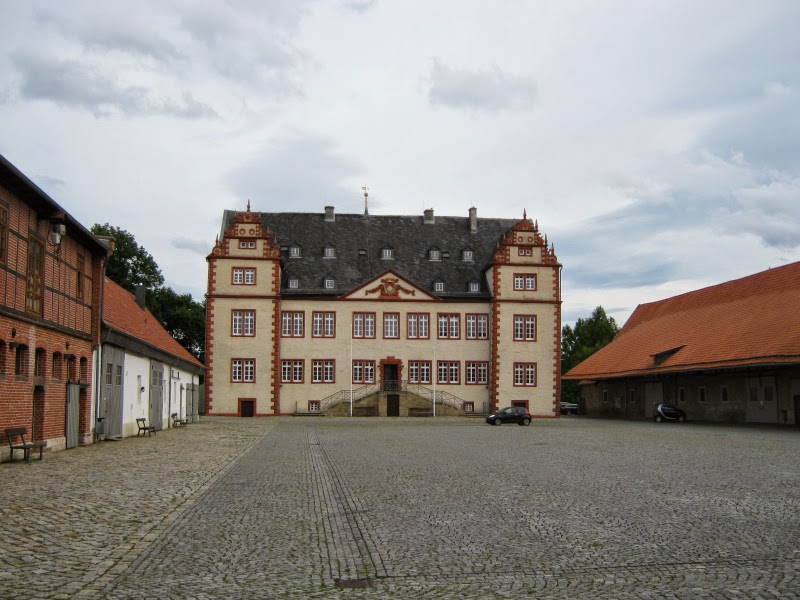 Still owned by the Guelph family, the castle was exclusively used as an agricultural venture since 1867. By 1907, there were around 20 farm workers caring for 50 horses, 100 cows, 500 sheep and 200 pigs. In 1920, two years after the end of the monarchy, the Free State of Brunswick seized the castle and estate from the former ruling family and subsequently mainly produced seeds there.

In 1939, the Reichswerke Hermann Göring, an industrial conglomerate created to extract and process domestic iron ores from what would later become Salzgitter, took possession of the Schloss. In the aftermaths of World War II, British troops lived at the castle before displaced persons called it their temporary home. In 1955, the Salzgitter AG, legal successor of the Reichswerke, sold the castle to the town of Salzgitter for the symbolical price of 1 Deutsche Mark.

Starting in 1958, recent changes to the building were removed and the castle turned into a museum, which was opened in 1962. Thirteen years later, dilapidations were discovered and the castle thus closed to the public. The museum was reopened in 1981 and houses exhibitions about pre- and early history, the history of the region and – how else could it be in an industrial town – one entitled “From Ore to Steel”. Got to admit that I did not visit any of them.

Good to know:
The museum inside the building of Schloss Salder is open all year around between 10am and 5pm Tuesdays to Saturdays and between 11am and 5pm on Sundays. Admission is free.
Germany Guelphs Lower Saxony Münchhausen Non-noble Open Saldern Salzgitter