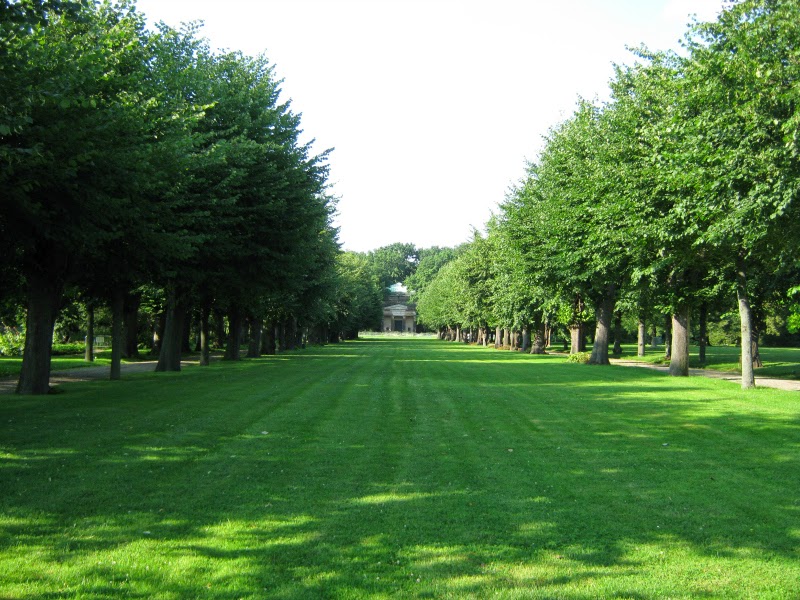 The Herrenhausen Gardens, or Herrenhäuser Gärten, are one of the main attractions of Lower Saxony's capital Hanover with the Baroque-style Großer Garten (Great Garden) being the most famous of the four gardens. In addition to the more recreational Georgengarten and Welfengarten which are open to the public at all times, there is also the Berggarten, a vegetable turned botanical garden that is also home to the Guelph mausoleum, the last resting place of many members of the former royal family of Hanover.

Originally laid out by Duke Johann Friedrich of Brunswick-Luneburg, Prince of Calenberg as a kitchen garden in 1666 just north of his summer residence Schloss Herrenhausen, the Berggarten was converted into what would later become a solely botanical garden by Electress Sophie of Hanover. As early as 1686, she had a glass house built in order to cultivate exotic plants such as cocoa and coffee. Hopes of growing rice were dashed after only two years as it was simply too cold. Nevertheless, more botanical experiments were carried out and the cultivation of tobacco and mulberry trees turned out to be much more successful. For about a hundred years the plantation in the Berggarten fed the silkworms of the royal silk factory in Hamelin. 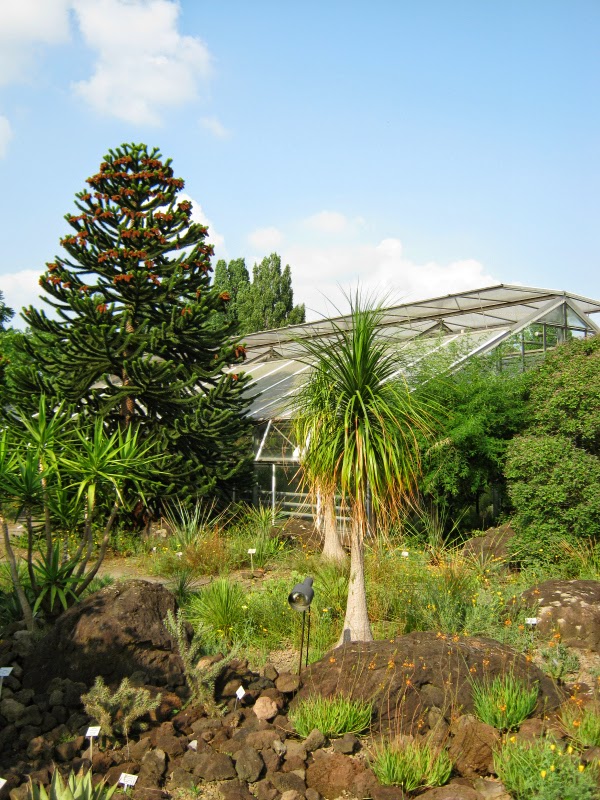 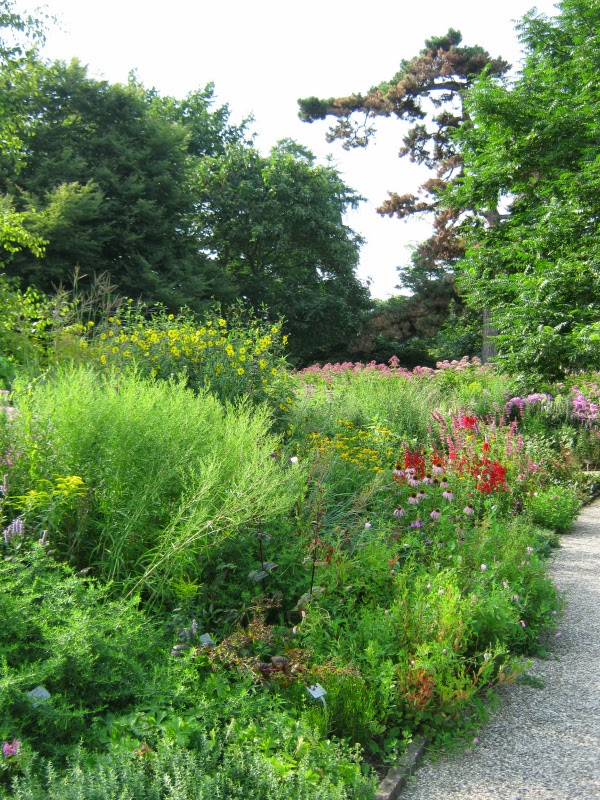 At the end of the 18th century work to establish today's botanical garden began as a new kitchen garden in nearby Linden had been laid out. A succession of influential gardeners shaped the development of Berggarten during the following years. Most prominent among them was the Wendland family who, over the course of three generations, devoted themselves to botanical research by cultivating, describing and naming exotic plants and also laid the foundations of the still existing plant show which includes Europe's most varied orchid collection.

Between 1817 and 1820, Georg Ludwig Wilhelm Laves created the garden master house on the southern edge of the garden. Towards the end of the 19th century the Great Palm House, measuring 30 metres in height and housing the (at the time) most extensive collection of palms in all of Europe as well as monkey puzzle trees, bananas, coffee plants and sugar canes, was built. However, the building was heavily damaged during the Second World War and later demolished. Today the 'Sea Life' aquarium stands in its place. 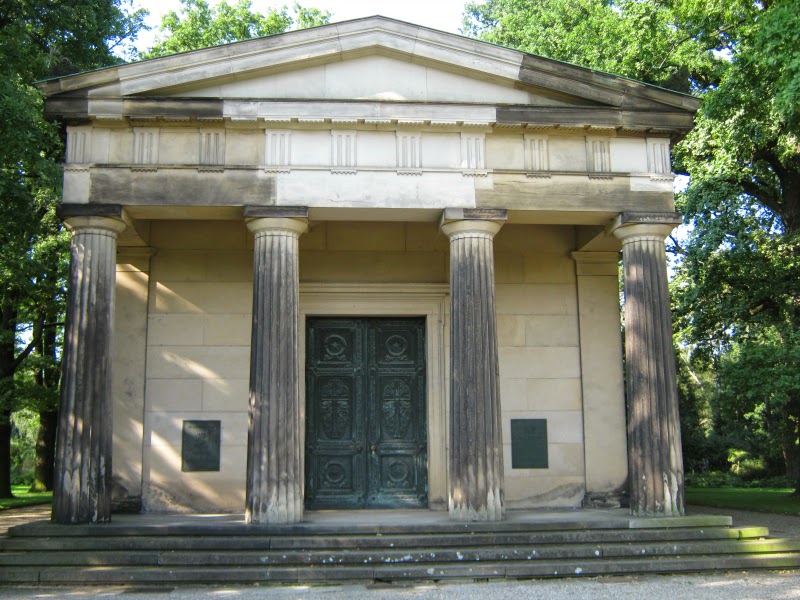 Two days after the death of his wife, Queen Friederike, King Ernst-August (I) of Hanover commissioned court master builder Georg Friedrich Wilhelm Laves to draw up plans for a Guelph mausoleum on July 1st, 1841. While the King did favour the Great Garden as the spot for the final resting place at first, Laves was able to convince him that a place at the end of a lime tree avenue opposite Schloss Herrenhausen would be better suited.

Despite the urgency, works on the mausoleum, which were carried out by architect Georg Schuster, only started in May 1842 and lasted until 1847. In 1851, King Ernst August died and he became the second member of the family to be laid to rest in the mausoleum. While the tomb of the Queen was created by sculptor Christian Daniel Rauch - who had already created the sarcophagus of her sister, Queen Luise of Prussia, at Schloss Charlottenburg in Berlin - the tomb of the King was designed by Rauch's students Albert Wolff and Heinrich Hesemann. 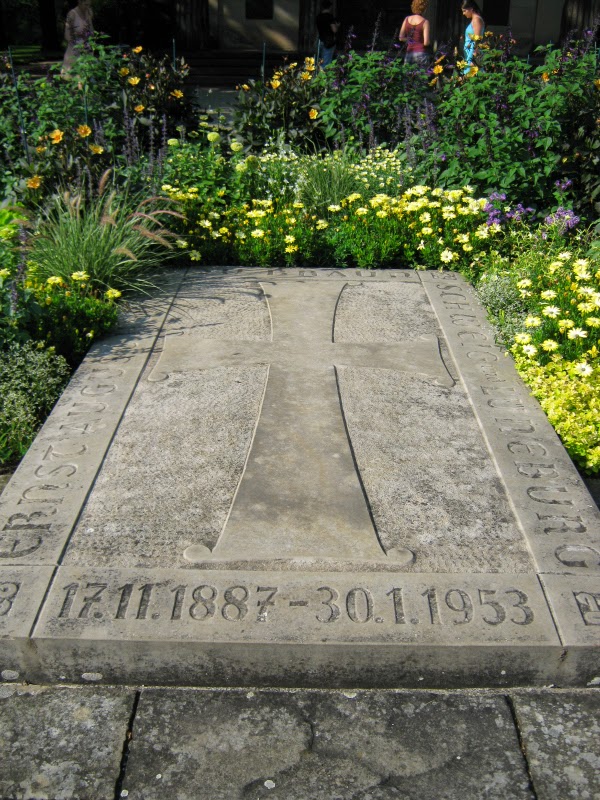 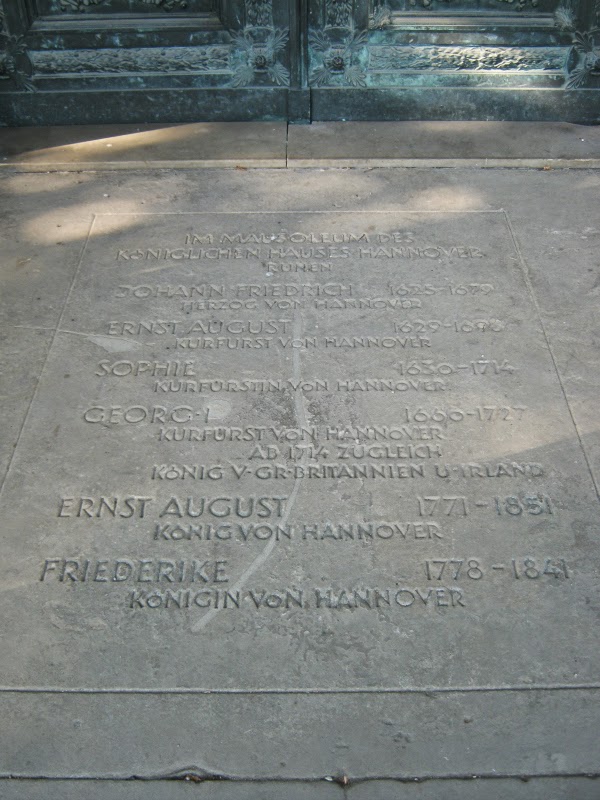 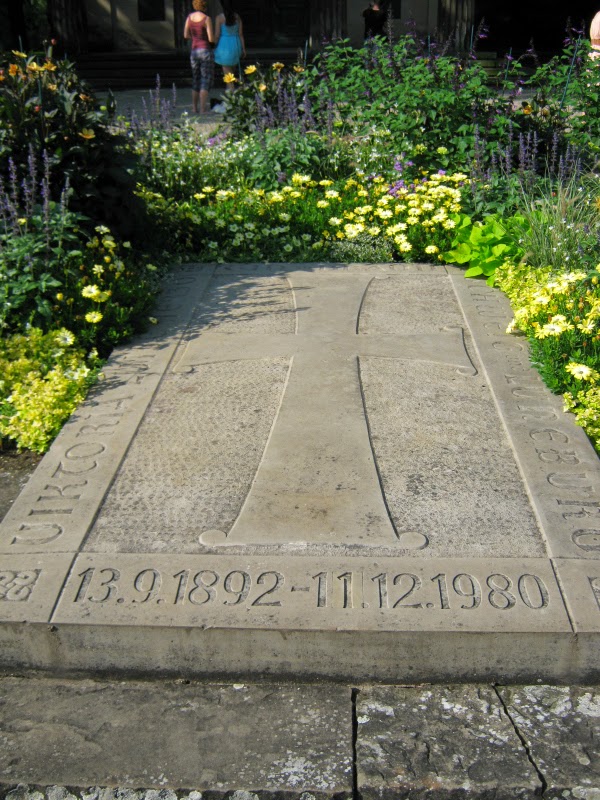 In 1866, the Kingdom of Hanover was annexed by Prussia and the Guelph rulers went into exile. Hanover's last king, George V, was buried at Windsor Castle and the last crown prince, Ernst-August (II), in Austria. After his 1913 wedding to Princess Viktoria-Luise of Prussia, Kaiser Wilhelm II's only daughter, the last king's grandson, Ernst-August (III), became the Duke of Brunswick and thus the last reigning monarch of the Guelph family. After his death in 1953, he was buried in front of the mausoleum.

During the Second World War the former main residence of the Guelph family, the Leineschloss in Hanover's centre, had been heavily damaged. Towards the end of the 1950's it was decided that the castle would be rebuilt in order to house Lower Saxony's state parliament and thus eleven sarcophaguses, among them the remains of King George I of Great Britain as well as his parents Elector Ernst-August and Electress Sophie, were moved from the Leineschloss' chapel to the Berggarten where they were interred in the mausoleum. In 1980, aforementioned Duchess Viktoria-Luise was buried next to her husband in front of the building.

Good to know:
Schloss Herrenhausen and the Herrenhäuser Gärten (specifically the Berggarten and the Großer Garten) are accessible via a combination ticket available for eight euros per adult. The Großer Garten and Berggarten are open all year round. The museum is open every day during the summer season between 11am and 6pm. During the winter season (November 1-March 31), the museum is open Thursdays to Fridays between 11am and 4pm. For more information, have a look here.
Germany Guelphs Hanover Lower Saxony Open Park