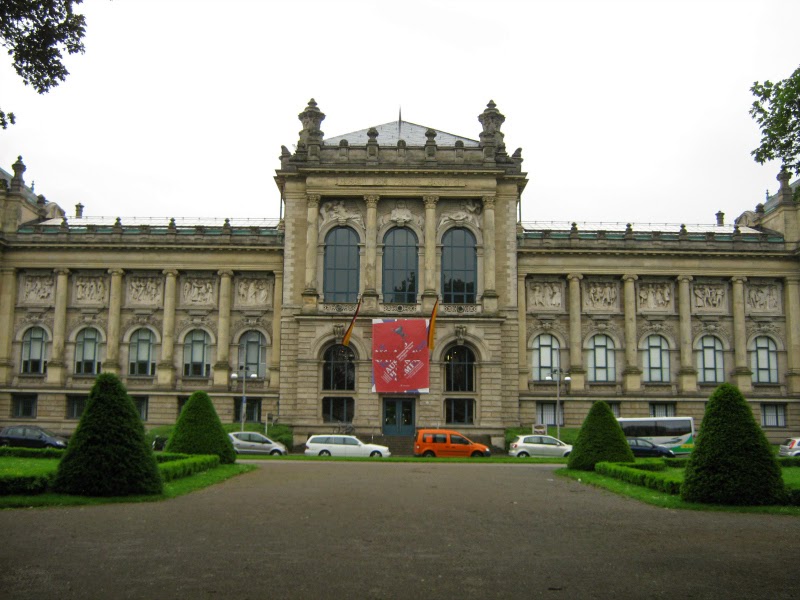 The German state of Lower Saxony basically consists of the former territories of the Principality of Schaumburg-Lippe, the Duchy of Braunschweig and the Grand Duchy of Oldenburg as well as, the biggest part of it, the Kingdom of Hanover. Thus it is no surprise that Lower Saxony is commemorating the 300th anniversary of the beginning of the personal union between the Kingdom of Hanover and the the Kingdom of Great Britain with various exhibition this year. (More about the various exhibitions in Castle & Co's previous post about the "One Coach and Two Kingdoms: Hanover and Great Britain 1814-1837" exhibition.)

The biggest one of all the exhibitions is the one at the Niedersächsisches Landesmuseum in Hanover. It has already been about two weeks since I visited but if I recall correctly, it took me about two and a half hours to view it and I didn't even have the audio guide with me. Just like the one at the rebuilt Schloss Herrenhausen, the exhibition at the Landesmuseum is entitled "The Hanoverians on Britain’s Throne 1714-1837".
On the basis of the biographies of the five Guelph kings on Britain's throne - George I, George II, George III, George IV and William IV - the exhibition leads through the years of the personal union which started in 1714 and ended in 1837 when Queen Victoria ascended to the British throne while her uncle Ernst-August II became the new King of Hanover. The exhibition includes the biggest loan by the British Royal Collection ever to leave Great Britain.

The exhibition's headlining items are the State Crown of George I (or what remains of it as its stones have been reused for the new Imperial State Crown), the actual Act of Settlement and the 'Act for the Naturalization of the Most Excellent Princess Sophia, Electress and Duchess Dowager of Hanover, and the Issue of her Body' as well as the Silver Furniture of King George II. Apart from loans by Queen Elizabeth II, there are also items belonging to Hereditary Prince Ernst-August of Hanover as well as numerous museums and collections, such as The Metropolitan Museum of Art, the Victoria & Albert Museum, the British Library and the Rothschild Foundation, on display.

After a short introduction on why the Hanoverian Electors also became Kings of Great Britain, the exhibition leads through various rooms chronicling the lives of the five Hanoverian Kings on the British throne. Their times, the challenges they faced and what else went on during the time of their reigns are being portrayed. Some important artists, scientists and thinkers who lived and worked in both Guelph kingdoms are also portrayed. The exhibition is spacious and the main introductions are offered in both German and English. However, all the explanations on specific items are only in German so you should definitely go for the audio guide if you do not have sufficient command of the language.

I didn't pay attention as to whether you were allowed to take photos, however, it is rather dark so you won't have a good chance to take good pictures anyway. The darkness of the exhibition was also my pet peeve with it. Mind you, I actually liked the atmosphere it created and how the focus was on the exhibits but it made some of the plates (mostly those frontally affixed) difficult to read especially if there was someone else also trying to read them. 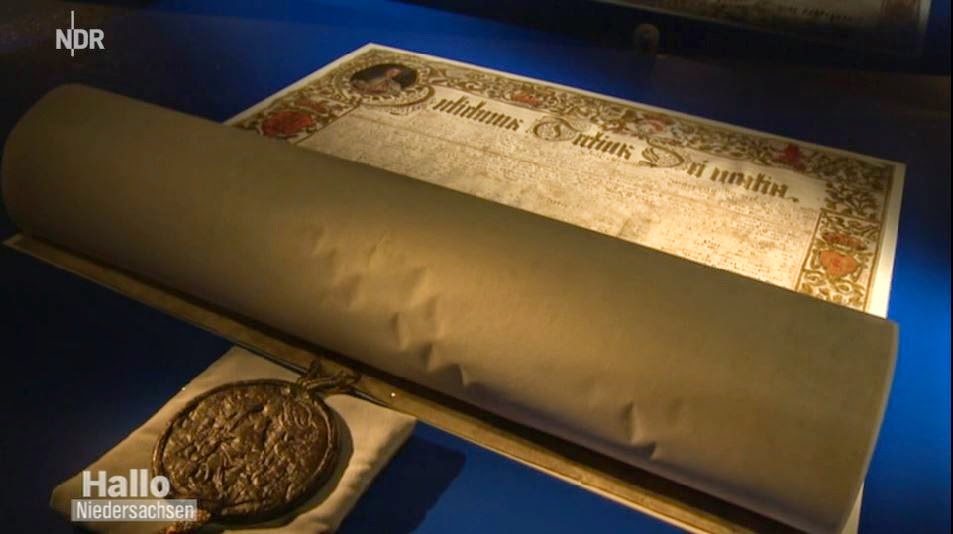 But in the grand scheme of things, my peeve with the lightning was only a small one and I thoroughly enjoyed the whole exhibition. Personally, I think that the exhibitions managed to give a good and comprehensive overview over 123 years the Electorate and later Kingdom of Hanover and the Kingdom of Great Britain were ruled by the same person without, however, being exhausting to the visitor (at least not to one of the interested kind). You can have a bit of a glimpse of the exhibition in this video by NDR.


Good to know:
The Landesmuseum is open Tuesdays to Sundays and on holidays between 10am and 6pm; on Thursdays even until 8pm. Entry for the special exhibition is 10 euros per adult (8 euros reduced). There also is a combi-ticket (16 euros for adults, 14 euros for students) available for all of the five exhibitions in Hanover and Celle. For more information, have a look here.
Germany Guelphs Hanover Lower Saxony Special Exhibition 2014 United Kingdom