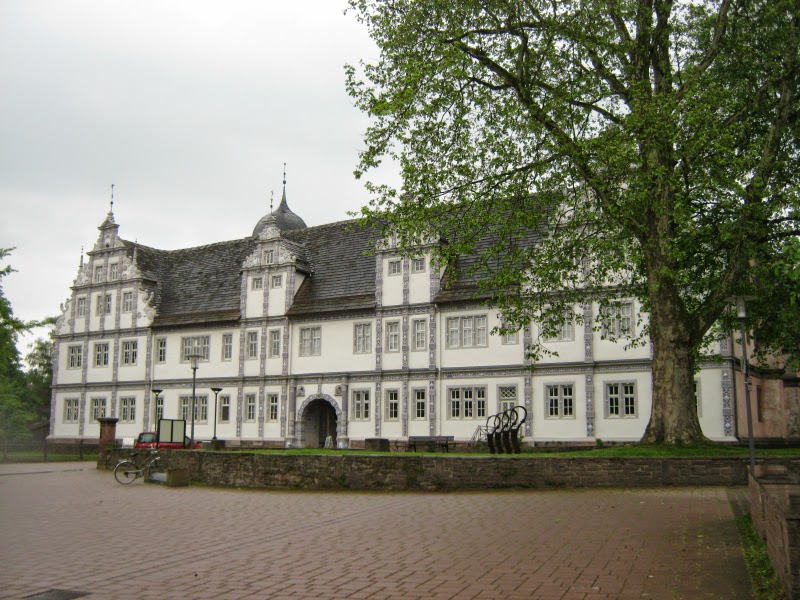 If you are into royal history, you probably know the name of today castle's from at least one person, Princess Elisabeth Christine of Brunswick-(Wolfenbüttel-)Bevern, the wife of Friedrich the Great of Prussia. The Principality of Brunswick-Wolfenbüttel-Bevern had been created due to an inheritance dispute between Princess Elisabeth Christine's grandfather, Duke Ferdinand Albrecht I, and his brothers. 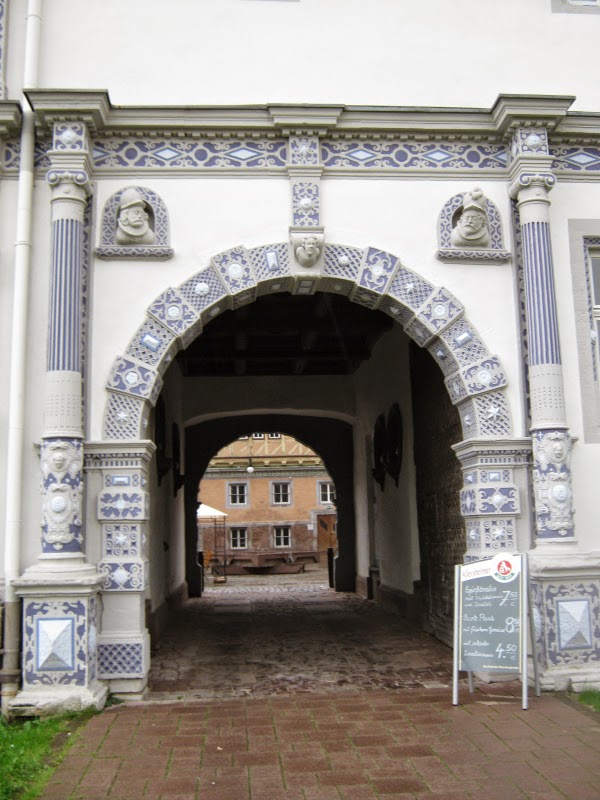 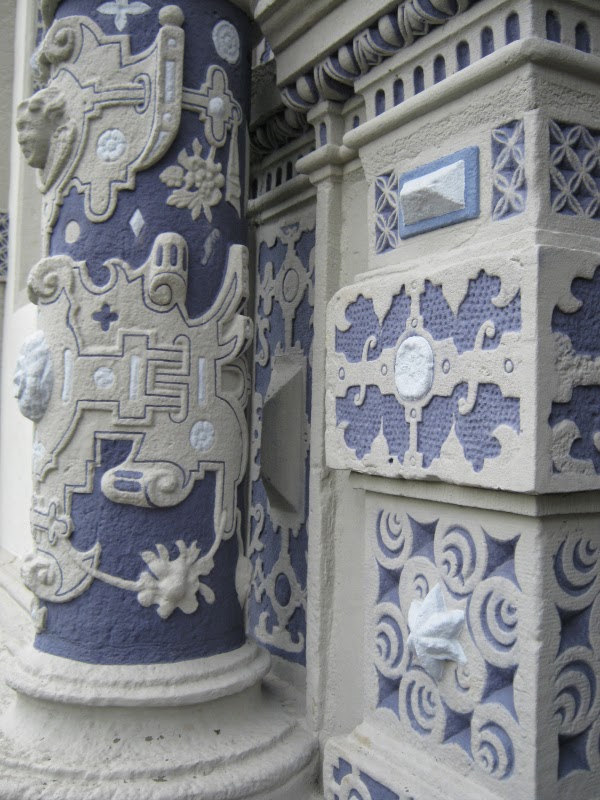 Schloss Bevern had been built by Statius von Münchhausen of the black line of the Münchhausen family between 1603 and 1612. The architect of the four-winged Renaissance-style castle was likely Johann Hundertossen from Hamelin. However, during the Kipper und Wipper financial crisis at the beginning of the Thirty Years' War Statius von Münchhausen slipped into financial troubles and ultimately his widow, née Dorothea von Bothmer, had to cease the castle to Duke August the Younger of Brunswick-Wolfenbüttel in 1652.

The Guelph ruler used Schloss Bevern occasionally as a hunting lodge and seat for district offices though it largely faded into obscurity during the following decades. However, it was revitalised when on May 23rd, 1667, the aforementioned Duke Ferdinand Albrecht I received the castle after an inheritance dispute. In exchange for the castle, some feudal rights and a yearly apanage he ceased his claims to the government of Brunswick-Wolfenbüttel, which was then ruled jointly by his elder brothers. About a month later, Duke Ferdinand Albrecht I took up residency at Bevern and during the same year he married Princess Christine of Hesse-Eschwege. When Duke Ferdinand Albrecht I died in 1687, his widow retained Schloss Bevern as her residence though their children had been brought up at their uncles' courts in Wolfenbüttel all along. 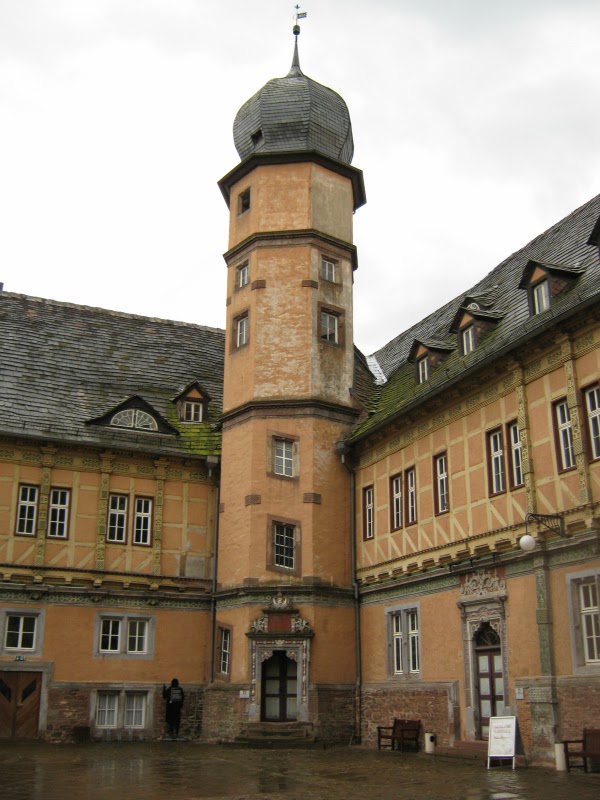 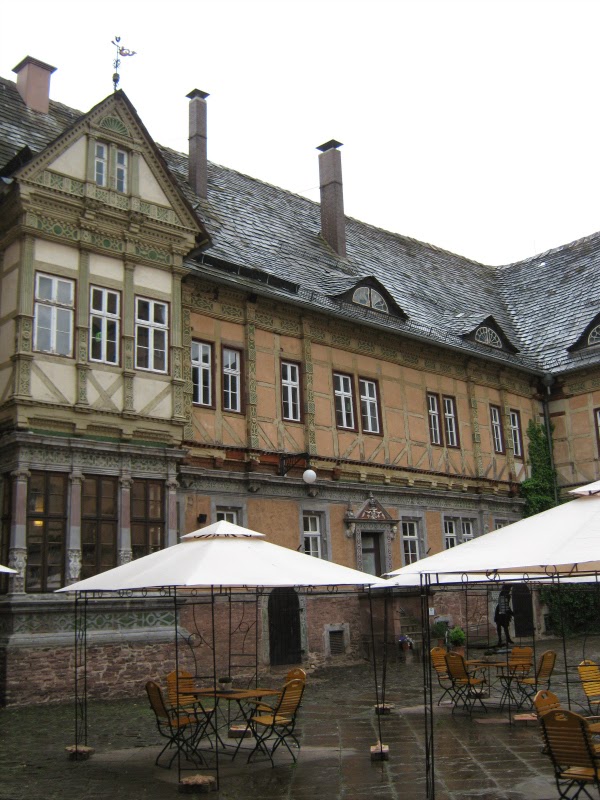 When Duke Ferdinand Albrecht II inherited the superordinate Duchy of Brunswick-Lüneburg in 1735, the castle in Bevern fell to his younger brother, Duke Ernst Ferdinand, who founded a new Guelph Bevern line. In 1746, Duke Ernst Ferdinand's oldest son inherited the Schloss though Duke August Wilhelm did not spent a lot of time there. This changed a little when his youngest brother, Duke Friedrich Karl Ferdinand, came into the possession of the castle in 1781 as he occasionally used it as a summer residence. However, the days of Schloss Bevern as a royal castle were already numbered.

The court in Bevern ended in 1798 and the inventory was sold. The castle was subsequently used as a retirement residence for former employees and soldiers as well as a button factory. It shortly belonged to the Kingdom of Westphalia under Jérôme Bonaparte before Duke Friedrich Karl Ferdinand received it back but ultimately died in 1809. As he did not have any children, the castle was then inherited by his widow upon whose death  the state of Brunswick came into the possession of Schloss Bevern. While in the state's possession, it underwent a diverse usage as reformatory and orphanage. 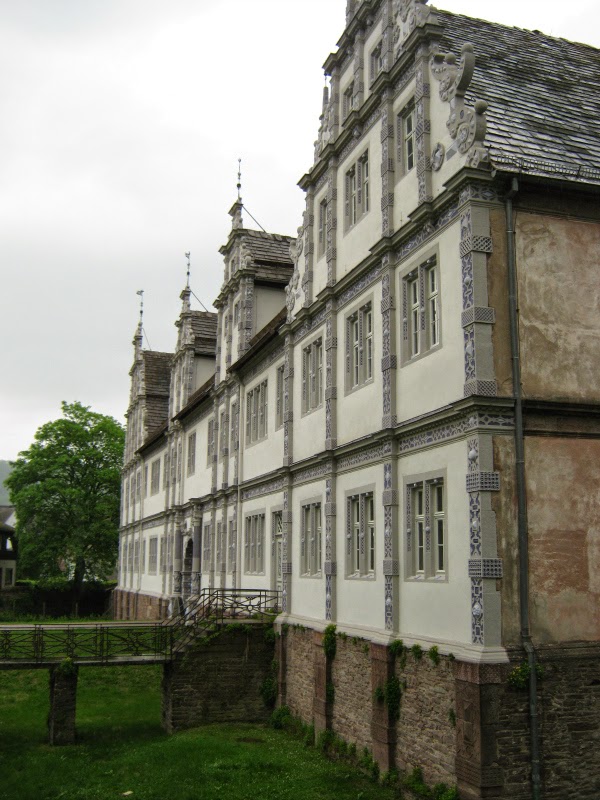 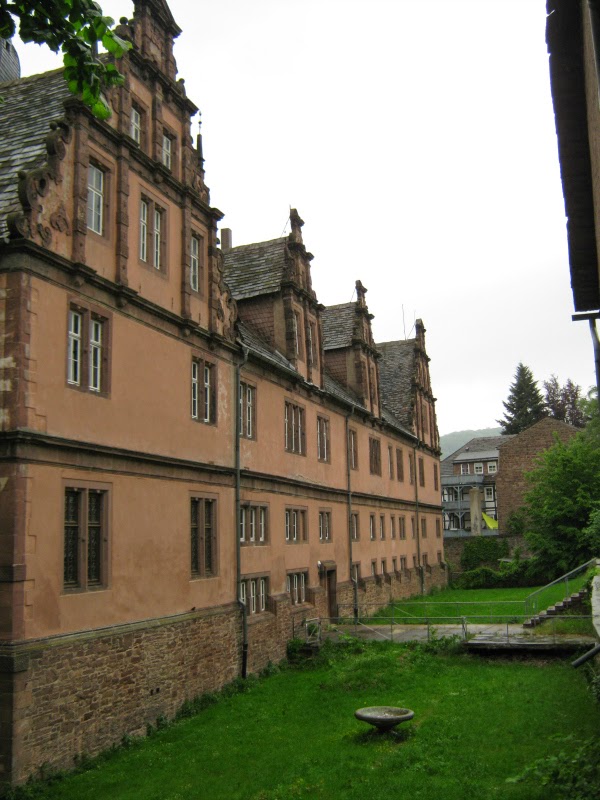 Three individual fires and various reconstruction works took their toll on the castle even before the beginning of the 20th century but the history got darker. In 1933, the Schloss became a sports school of the Nazi's Sturmabteilung (SA) before being turned into sapper barracks. After the liberation by US military in May 1945, the castle became the temporary home of Russian and Polish forced labourers. Afterwards around 800 displaced persons from Latvia were placed in Bevern. Toward the end of the 1950's the municipality of Bevern bought the castle and used it as a temporary school, housing space and storage room while the surrounding gardens and land were turned into development areas.

During the 1980's the restoration of Schloss Bevern to the condition of 1897 started with the support of the state of Lower Saxony. In 1984, the castle's church was reopened. Two years later, the administrative district of Holzminden came into the possession of the building and further renovations works were carried out. These days the castle houses a restaurant and different exhibitions showing its very varied history. 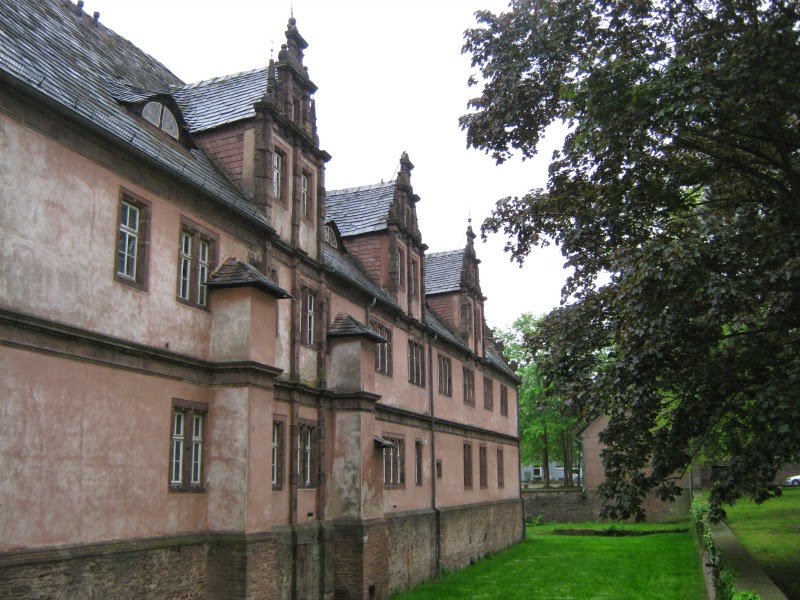 To be honest, I didn't really know about Schloss Bevern's history prior to visiting and in retrospect it actually wasn't that bad but, anyway, read for yourself... My family and I went by there when we visited Schloss Corvey nearby and at the first moment we were positively stunned. The frontal façade looked gorgeous, like one oversized Delft tile, stunning in white and blue. (Needless to say, the pictures are not doing it any justice which is probably due to the fact that it was raining cats and dogs.) However, when we walked around the castle, we suddenly saw this old and dirty side and back façades with the plaster peeling off et al. It all seemed like a case of more appearance than substance.

Today I know that the front was reconstructed only two years ago to celebrate the castle's 400th anniversary and that it is actually a great story of people still caring for this old building that has had such a varied history through the darkest times of German history but back then, we simply felt disappointed. We didn't actually got to see the insides as it was already early evening and it was closed by that time though I think that, in retrospect, all these differences make the Schloss actually even more interesting and so it's definetely on my list to also see its inside. Apparently even the interior is very varied; from a new museum via some rebuilt rooms to others still filled with building rubble.

Good to know:
Public guided tours of Schloss Bevern take place at 3pm every Sunday and on holidays between April and October.  In addition there is something called Erlebsniswelt Renaissance, a museum about the Renaissance, open Tuesdays to Sundays between March 29th and September 30th from 10am to 5pm. Admission for adults is five euros. For more information, have a look here.
Bonaparte Germany Guelphs Holzminden Lower Saxony Münchhausen Non-noble Open