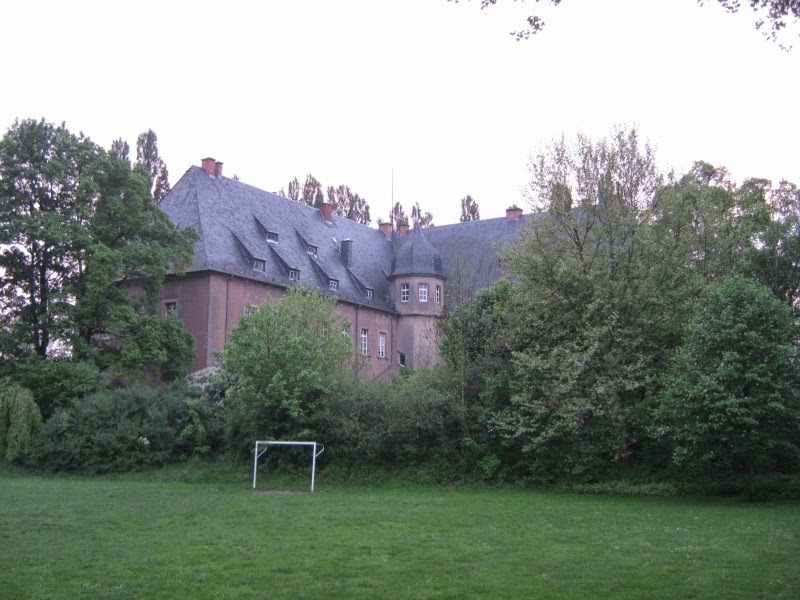 Schloss Nettlingen located in a small village by the same name in southern Lower Saxony was built by Kurt von Salder around 1570. The Salder family, who changed their name to Saldern during the 17th century, had been present in Nettlingen since the 14th century.

However, the castle was sold to the brewer guild of Hildesheim in 1611 after five years of negotiations. Yet another year later, the guild sold the Schloss to Arend of Wobersnow for 28,000 Reichsthaler. The Landdrost (an official with local jurisdiction) Wobersnow had made a lot of money when he, as coin commissioner of of Duke Friedrich Ulrich of Braunschweig-Lüneburg, minted inferior coins but he was found out and, in 1620, it was Nettlingen where Wobersnow flew to when being persecuted by the imperial chamber.

Somehow the Salder family apparently got the Schloss back after that though it also seems that the Bennigsen family owned it at one point or the other after the Wobersnows. Whoever owned the castle at the time, no other than Tsar Peter the Great and his wife Catherine I stayed there overnight in 1717 when they were on their way back from Paris to Moscow.

In 1802, either the Saldern or the Bennigsen family sold the castle to Baron Josef Theodor of Wrede, who was a high official at the court of the Prince-Bishop of Hildesheim. I'm not quite sure but it's possible that Schloss Nettlingen was sold again by them in 1851. In 1906 it was surely bought by the family of the Barons of Cramm, who you already know from Schloss Oelber and Schloss Brüggen. It was in Nettlingen where three time Wimbledon finalist Baron Gottfried of Cramm was born. The Cramm family sold the castle again already prior to World War II and these days it seems to be owned by a non-noble family.
Closed Cramm Germany Hildesheim Lower Saxony Saldern Wobersnow Wrede