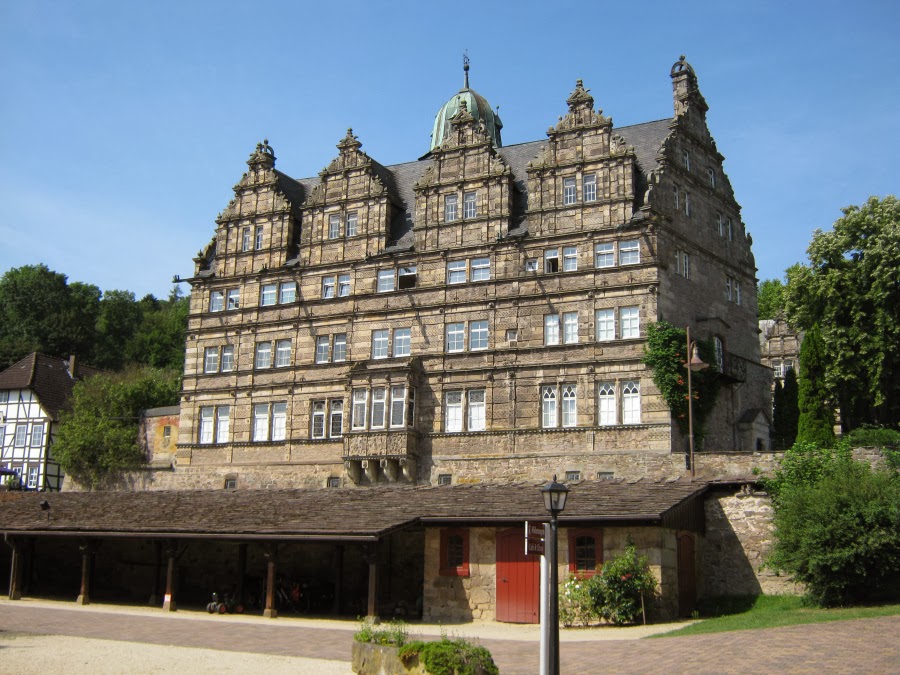 From my experience, the best castles to visit are usually the rather unknown ones which are still inhabited by their owners and Schloss Hämelschenburg is no different, it might just have been one of my favourite castles as it included many present surprises and a very knowledgeable guide. These days, the castle is owned by Lippold von Klencke and the site it stands on has been in the hands of his family for more than 500 years. Located in in a small village by the same name between Hameln and Bad Pyrmont in the Emmerthal of the Weser Uplands in Lower Saxony, Schloss Hämelschenburg is considered to be the most important building of the Weser Renaissance, the local form of Renaissance architectural style.

A previous castle by the name Burg Hemersen had been built by the Counts of Everstein between 1409 and 1414 on the same site. In 1437, the knightly family of Klencke, who you will most likely find in the history books for their service to the Guelph family a few centuries later, came into the possession of the building that was destroyed twice. Over the years, dialectic changes changed the name of the castles on the site from Hemersenburg to Hämelschenburg.

The construction of today's Schloss started in 1588 under Jürgen von Klencke, a former mercenary, and his highly educated and rich wife Anna von Holle, a niece of the bishop of Lübeck. Until the northern wing of the three-winged castle was finished, Jürgen, Anna and their many children lived in a farm building on the opposite side of the street. The middle and southern wings feature two octagonal towers built according to the Italian Renaissance style of the time. It took about 25 years until the completion of the whole building, something that Jürgen von Klencke did not live to see as he died in 1609. 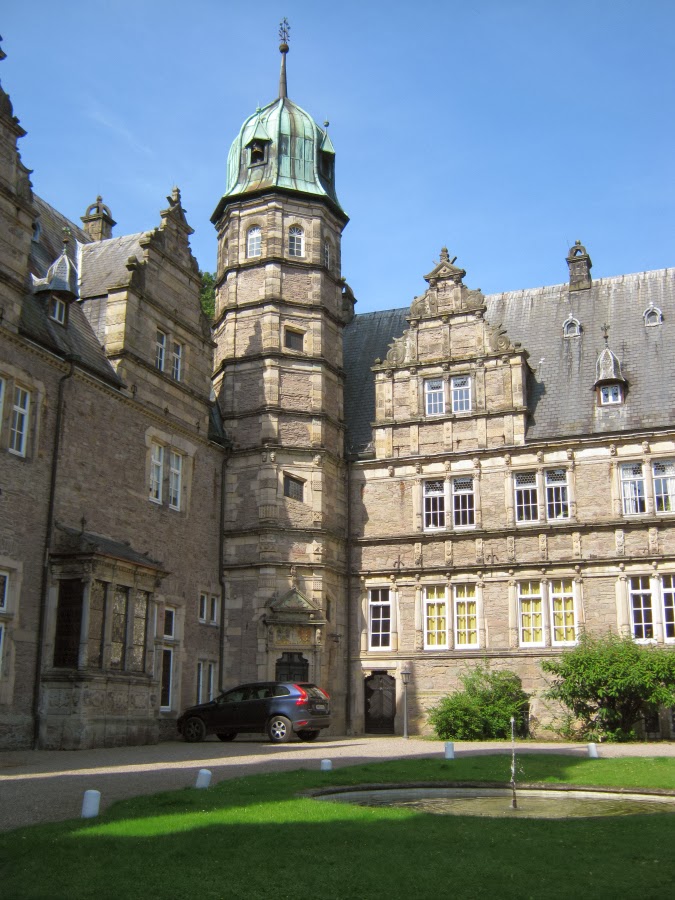 It was his wife Anna von Holle, who was considered to be one of the most highly educated women of her time, who saved the Schloss from devastation during the following decades. During the Thirty Years' War, she headed for the nearing troops under Count Tilly to negotiate a protection contract with the commander of the Catholic League's forces. She was indeed successful, every soldier who set foot into the Hämelschenburg would have been sentenced to death. Fearing execution, none of them did so and the building was consequently neither damaged nor looted. The Schloss is one of the only castles of the region to survive unscathed to this day as most were heavily damaged during the Thirty Years' War.

Originally built as a moated castle, a number of changes were made to the building and its surroundings in the 19th and 20th century. Between 1845 and 1850, an earth mound on the eastern and western sides of the castle were removed and used to fill up the moat on the northern site. During the 1970's, the plaster of the castle was removed to make the quarry stone brickwork visible and the colour of the roof was changed from red to grey-ish black. However, these changed did not diminish the historical appearance of the Hämelschenburg. 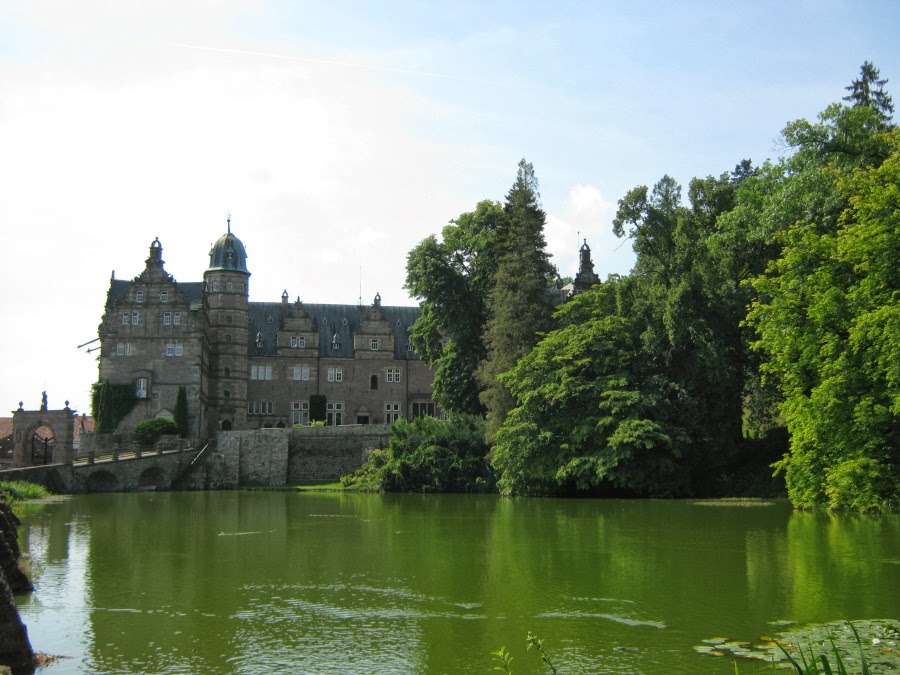 While one of the wings is still inhabited by members of the Klencke family, parts of the other two as well as the basement can be visited during a one hour guided tour. The tour starts and ends in the wing facing the streets and also leads into the wing connecting the other two. First leading through the formerly inhabited parts of the castle, the tour then moves on into the basement where a few weapons and such are exhibited. Apart from family history, the Schloss is home to a number of paintings of the Habsburg family. They were a gift from Holy Roman Empress Wilhelmine Amalia, a born Duchess of Brunswick-Lüneburg, to her lady-in-waiting and confidant Charlotte von Klencke.

Good to know:
Schloss Hämelschenburg is open for visitors between April and October. Tours are available from Tuesday to Sunday, Mondays are only open on holidays. From May to September, guided tours start every hour from 10am to 5pm, in April and October at every hour from 11am to 4pm. Adults pay 7 euros admission, children between the ages of 5 and 17, students and apprentices €4.50. Family tickets are also available. All tours start from the opposite side of the street. For more information, have a look here.
Everstein Germany Hameln-Pyrmont Klencke Lower Saxony Open