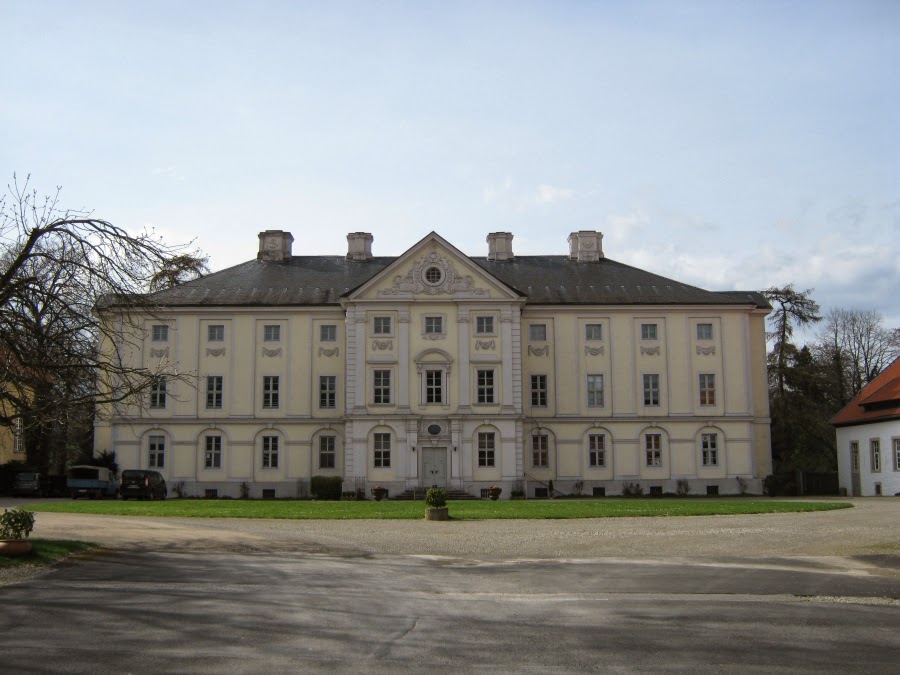 Behind some rather unremarkable outbuildings almost entirely shielding it from the public's view lies Schloss Brüggen in the Lower Saxon village by the same name located near Hildesheim. Sometimes also called a Rittergut (knight's manor), the castle's history starts in 1693 when it was inaugurated on May 6th. Built for Friedrich II of Steinberg, first court marshal of Duke Anton Ulrich of Braunschweig-Wolfenbüttel, the construction plans by Johann Balthasar Lauterbach were carried out by Hermann Korb, who you might remember as one of the architects of Schloss Wolfenbüttel. The baroque-style castle was originally owned by the Steinberg family but through inheritance came into the possession of the baronial family of Cramm.

Originally part of the nobility of the Prince-Bishopric of Hildesheim and firstly mentioned in 1192, the Steinberg family held broad estates around Hildesheim and served in high offices at the Guelph courts and later in the Prussian military. The last male member of the family was Ernst of Steinberg who died in 1911 at Schloss Brüggen. The main share of his possessions were inherited by his oldest daughter Jutta, who was married to Baron Burghard of Cramm, while his younger daughter Gisela, who was married to Count Ernst of Hardenberg, also inherited an albeit smaller number of estates. Among the buildings inherited by the older daughter was the castle in Brüggen.

Baroness Jutta and Baron Burghard of Cramm had seven sons, among them three-time Wimbledon finalist Gottfried von Cramm. It was in Schloss Brüggen where the "Tennisbaron", as he was called by the German public, spent large parts of his childhood and youth and also where he was arrested by the Gestapo in 1938 before being persecuted as a homosexual by the Nazi government and briefly jailed. (Whether he was in fact homosexual or whether the "charges" were brought up against him because he refused to corporate with the Nazis remains unclear.) Fearing dispossessions after the end of World War II like they had happened in Eastern Germany, the family divided the inheritance between the sons and thus all the family's castles and manors are now owned by different branches of the Cramm family; one of the other ones is Schloss Oelber. 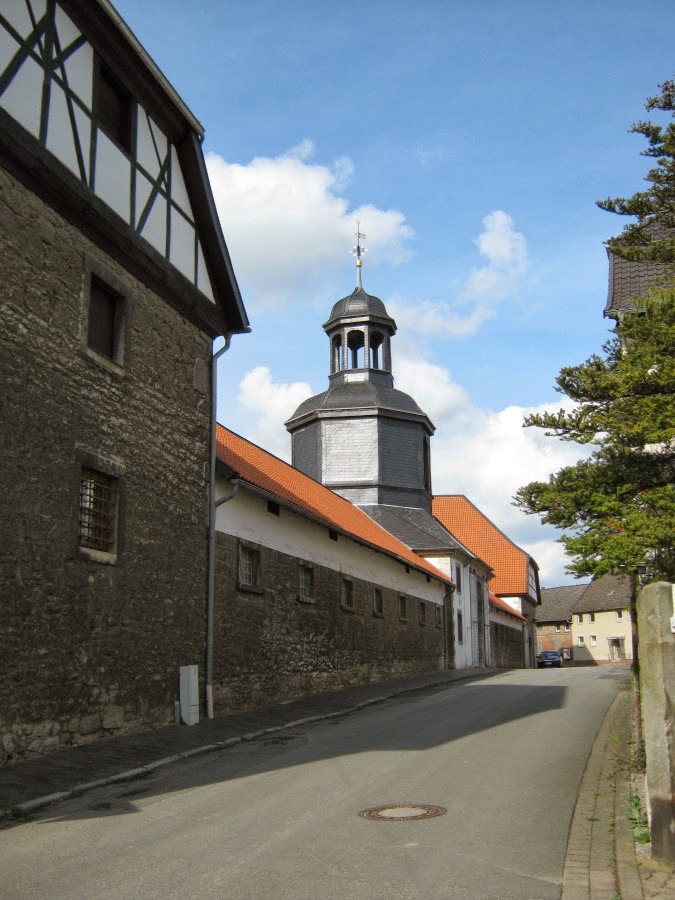 Schloss Brüggen consists of a ground floor, a principal floor as well as a mezzanine located above the principal floor. The courtyard and garden façades contain eleven axes while the narrow site has five. The courtyard façade includes a three-axes median risalit featuring ionic colossal pilasters just like the principal floor and the mezzanine do. In difference, the ground floor features blind arcades. The ground and prinicipal floors contain rectangular windows and the mezzanine square shaped ones. Beneath the windows of the mezzanine, sculptural garlands of flowers are located. The tympanum features two couchant ibexes, the heraldic animal of the Steinberg family, as well as two putti holding a tripod skillet, the heraldic emblem of the family of the castle's builder's wife, Gertrude Luise of Grapendorf. Two of the Schloss' four smokestacks also feature heraldic symbols.

All adjoining buildings, excluding the cavalier house which was constructed around 1800, were also built by Friedrich II of Steinberg at the same time as the castle. The buildings are built around the courtyard in a way that you are hardly able to catch a glimpse of the castle without entering the courtyard through the gatehouse featuring a dome including a bell and clock. To the left and right of the gatehouse, the stables, which are now used for cultural events, were once located. The northern adjacent buildings include the old cold room, the carriage house, stables and a barn, while more stables, and the castle's church are located to the southern side, as is the cavalier house. The Schloss itself is surrounded by a number of gardens which are not accessible by the general public.


Good to know:
Schloss Brüggen is private property and not open to the general public. There are, however, a few events each year that will get you closer to it than a glimpse from the gatehouse. The stables can also be rented for celebrations.
Closed Cramm Germany Hildesheim Lower Saxony Steinberg