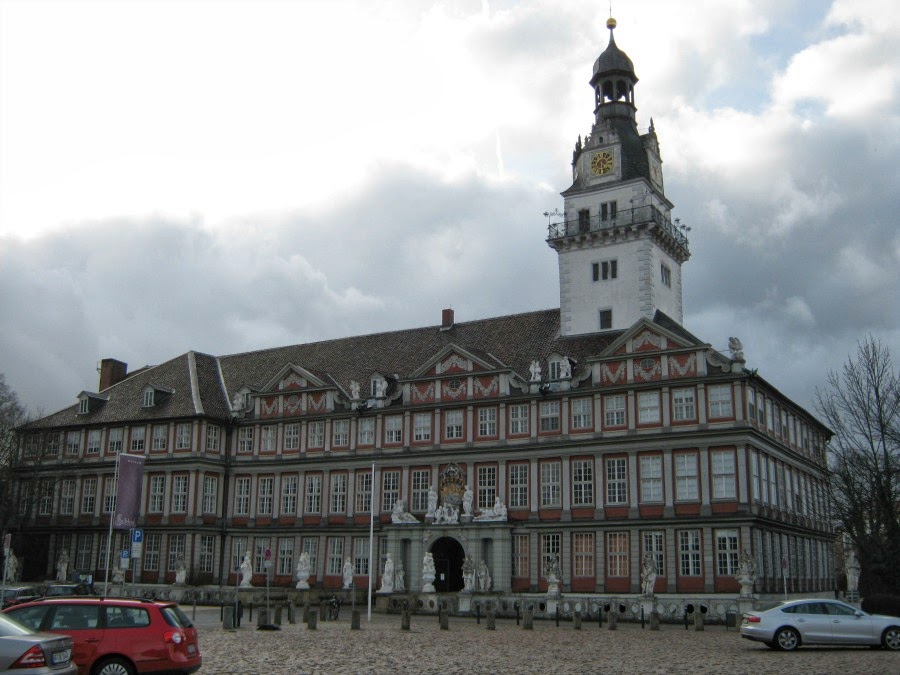 A large part of today's Lower Saxony compromises of former territories ruled by the the different branches of the Guelph family for hundreds of years and so it's no surprise that despite many of them being destroyed by bombs or demolished due to other reasons, some Guelph castles are still in existence. Schloss Wolfenbüttel located in the town by the same name is not only the second largest of its kind, but also houses the only state apartments in Lower Saxony dating back to the High Baroque era. For more than 300 years, this huge four-wing building used to be the residence of the now extinct Guelph line who later went on to rule the Duchy of Brunswick (in difference to the Kingdom of Hanover).

Being the oldest royal dynasty of Europe, the House of Guelph has a complicated and intertwined history including lots of divisions and reunifications that would go beyond the constraints of this post. (Let me reveal only so much: It might just be the reason why the people of Hanover and Brunswick still don't like each other very much even almost 100 years after the last German monarchs abdicated.) In short, during the High Middles Ages the Duchy of Brunswick-Lüneburg, created in 1235, was divided several times between the different lines of the Guelph family. All the rulers of the different parts were titled as Dukes of Brunswick-Lüneburg in addition to the ruling titles of the subordinate principalities such as the Prince of Brunswick-Wolfenbüttel (who eventually became the Dukes of Brunswick in 1814).

Originally having their home in Brunswick, the Brunswick-Wolfenbüttel line of the House of Guelph made Wolfenbüttel their main residence in 1432 after tensions with the people of Brunswick. Only in 1754, the family moved back to Brunswick. While in Wolfenbüttel, they lived at the local castle by the same name and just a few days ago, I visited both the town and its Schloss for the first time. 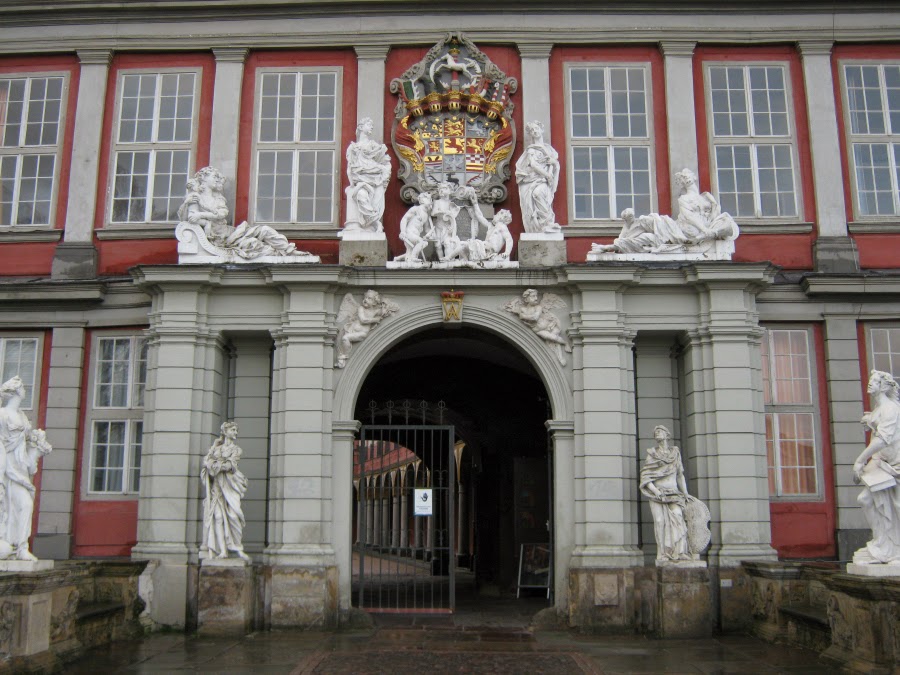 A previous castle on the same site was firstly mentioned in 1074. Built by Widekind of Wolfenbüttel, the castle was destroyed in 1255 after Gunzelin of Wolfenbüttel had caused a war by refusing the oath of homage to Duke Albrecht I of Brunswick-Lüneburg of the House of Guelph. Albrecht's son Duke Heinrich I of Brunswick-Lüneburg, Prince of Brunswick-Grubenhagen rebuilt the moated castle in 1287. On the basis of this reconstruction, today's Schloss is based. After large parts of the new castle were destroyed during the mid-16th century, Duke Heinrich II, the last Catholic Guelph, had it rebuilt in Renaissance-style starting in 1553. During this time, the former tower house was converted into a castle chapel and about 20 years later Italian-inspired arcades were added to the courtyard.

The Schloss received its current appearance under the Dukes Rudolf August (1666-1704), Anton Ulrich (1685-1714) and August Wilhelm (1714-1731). Between 1714 and 1716, architect Hermann Korb created a new Baroque-style framework facade by enlarging the castle about two metres. The largest tower of the castle, which can be seen in the picture above, used to exposed. By adding the new facade Korb also created large corridors alongside the rooms to the inner-courtyard which means that the old walls and windows are still preserved. During the same time the entrance portal as well as the sculptures adorning the moat were created.

After the Guelph family moved back to Brunswick in 1753, the Schloss was left without any inhabitants for a while. In the following years, some parts of the castle such as the castle chapel, the opera house and the ceremonial hall were demolished. Enlightenment era writer Gotthold Ephraim Lessing was loaned some of the ducal apartments by the Duke and so he lived in the castle for about five years starting in 1770.

In 1866, the Schloss became the home of a new school for girls and remains one - also open to boys now - to this day. In addition, the Federal Academy of Cultural Education as well as a museum are also housed in the castle. The museum can be viewed by visitors without guided tours though they have at least one very knowledgeable employee who was able to tell a lot about Schloss Wolfenbüttel as well as other former Guelph residences of the Brunswick-Wolfenbüttel line of the family. 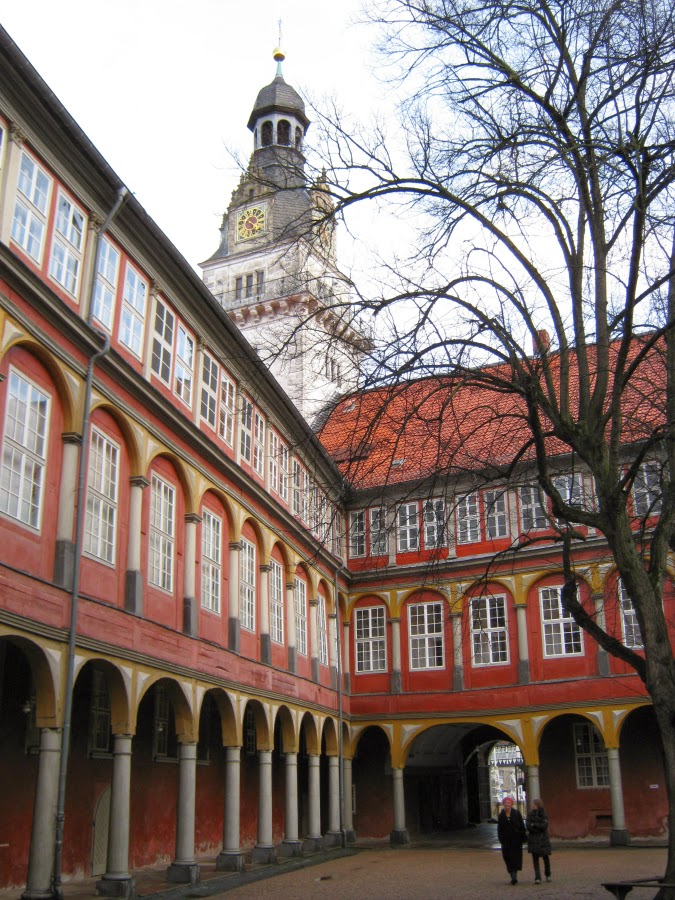 Currently, however, not all the rooms that are usually open can be viewed. We only got to see a handful of rooms: the Venussaal, the Duchess' apartments as well as the room of birth of Duchess Anna-Amalia of Brunswick-Wolfenbüttel who later became Duchess of Saxe-Weimar-Eisenach and turned her new court into the must influential cultural centre of the German states. The other rooms are currently undergoing renovations and will open again in May this year for a special exhibition commemorating the life and work of Duke Anton Ulrich who died in 1714.


The rooms we got to see, which were richly decorated with stucco and painted ceilings and equipped with Baroque furniture, tapestries, paintings and porcelain, try to portray the life at the Wolfenbüttel court. Extensive information about the rooms and its furniture are available in each of them. Even though the only got to see a small part of the usual museum, I enjoyed the visit quite a lot and will make sure to visit Schloss Wolfenbüttel again sometime in the future to also have look at the Duke's appartments and other currently closed rooms.

Good to know:
The museum is open Tuesdays to Sundays from 10am to 5pm. At the moment you only pay one euro for tickets as many of the rooms are closed; usually it is €3,50 for adults, 1 euro for teenagers and children under the age of 12 are free. The special exhibition about Duke Anton Ulrich will run from May 7th until October 6th. Parking spaces are available directly in front of the Schloss. For more information, have a look here.
Germany Guelphs Lower Saxony Open Wolfenbüttel