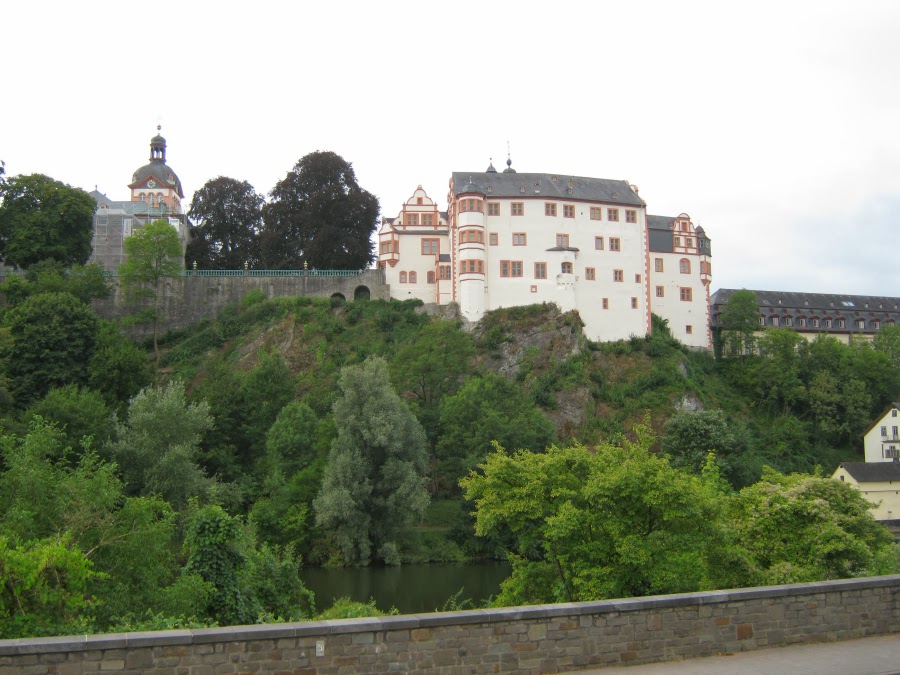 Almost entirely surrounded by a loop of the Lahn river in the German state of Hesse lies a castle that is one of the historic home of the Grand Ducal Family of Luxembourg, Schloss Weilburg. Situated in the town by the same name, the Schloss served as the main residence of the House of Nassau-Weilburg during both the 18th and 19th centuries until Duke Wilhelm of Nassau, the great-great-great-grandfather of Grand Duke Henri of Luxembourg, made Schloss Biebrich in Wiesbaden his main residence in 1817.

Today's Schloss Weilburg has its roots in the 16th century when already existing sites were extensively altered and expanded. While the plans started out relatively modest, they were altered and expanded rather soon and a four-winged castle was built within 40 years. Out came what is now considered to be one of - if not the - most important Renaissance castles in all of Hesse. During the 17th century, the surroundings of the Schloss were heavily altered and the entire townscape of Weilburg transformed through the construction of numerous administration and functional buildings, a castle church and gardens including two orangeries. The entire complex of the castle and the surrounding town is a prime example of a small Baroque residential city during the age of absolutism. (For more details of the building history, have a look at my Luxarazzi post about Schloss Weilburg.)

Even though the Duchy of Nassau was annexed by Prussia in 1866 after the Austro-Prussian War, Schloss Weilburg remained in the possession of the Weilburg branch of the House of Nassau until 1935 when Grand Duchess Charlotte of Luxembourg sold it to the Prussian state. And while the Schloss might be sold, her descendants still regularly visit their ancestral home. 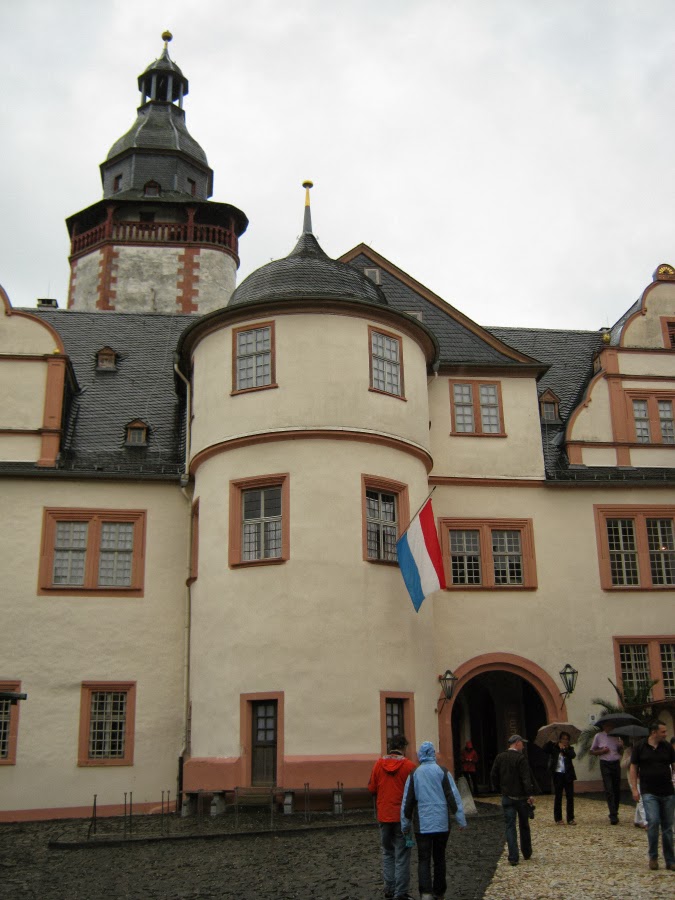 Those of my lovely readers who knew moi prior to stumbling upon this blog likely did so due to my other blogging venture, the Luxarazzi blog. If you knew me from over there, you also know about my passion for Nassau and Luxembourg history and so it's probably no surprise that I have visited Schloss Weilburg twice already. My visits coincided with the visits of the Grand Duke and Grand Duchess and the Hereditary Grand Duke and Hereditary Grand Duchess in 2012 and 2013, respectively.

Both times I also used the chance to also tour the Schloss which is now owned by the state of Hesse. The entrance to the castle tour is located in the western wing, on the left-hand side of the gateway to the courtyard. The tour then leads through the ground floors of the western and northern wings through a number of rooms including the kitchen, a former court room and a marble bath featuring both constant hot and cold water, which was quite uncommon during the early 18th century when it was built.

Via one of the staircases, the tour then leads to the representation and private rooms of the Schloss. The billiard room - which unsurprisingly features a massive billiard table that, however, has a bit of a faulty design as it is quite uneven - is the first one of the private rooms of Count Johann Ernst (1664-1719) to be viewed. Since the 1940's the following room is arranged as a drawing room but was originally the count's bedroom. The visitor is subsequently led through a number of other rooms such as the green salon as well as salon full of China to the red salon, the bedchamber of the Count Johann Ernst's wife. The next room is the yellow salon which is a former bedchamber. 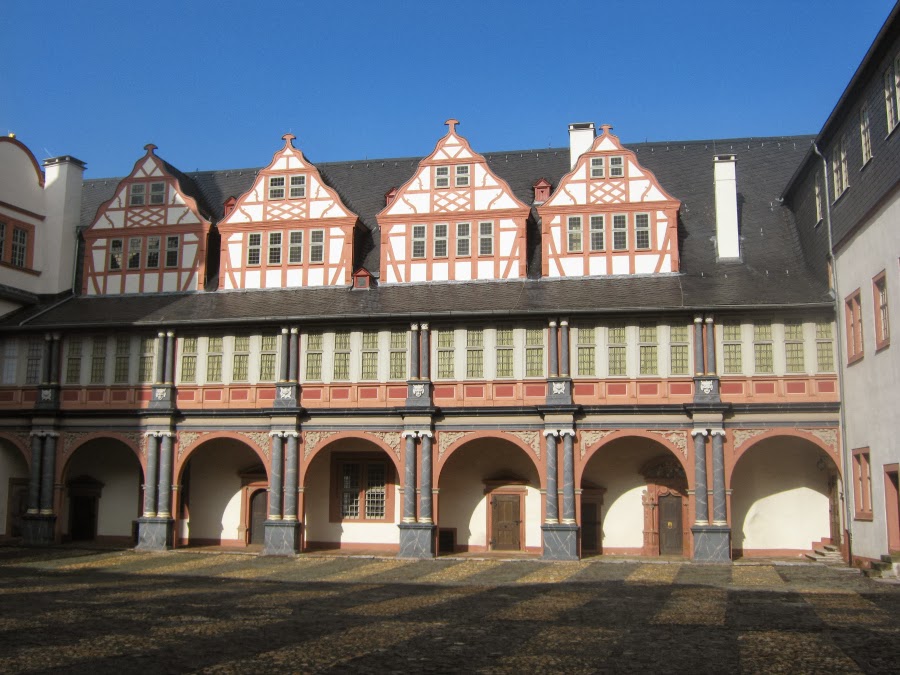 Subsequently, the tour reaches the eastern wing which includes the private rooms of Duke Adolph of Nassau and his second wife Duchess Adelheid-Marie, who, in 1890, became the Grand Duke and Grand Duchess of Luxembourg after the Orange-Nassau branch of the family died out in male line. While in some of the rooms the historical Renaissance wall paintings have been uncovered, others still feature the wall decorations from Duke Adolph's times. Most of the rooms, however, do not feature their original furnishings as the Grand Ducal Family had most of the things brought to other castles when they sold Schloss Weilburg. The most striking of Duke Adolph's rooms is the blue salon featuring ultramarine-coloured wall coverings which  - if I recall correctly - were supposed to help an eye condition of his.

Via a number of antechambers, bedchambers and private rooms of Duchess Adelheid-Marie as well as a salon including a hand-printed wallpaper showing Swiss scenery, the tour leads to the "Electoral Rooms" basically only featuring the colours red, gold and a little bit of white. Before being led to the upper orangery where the tour ends, the visitors are led through the ceremonial hall as well as the "Parisian room" featuring a hand-printed wallpaper of Paris' most famous sights.

Personally, I would have enjoyed visiting Schloss Weilburg alone for my interest in the history of the Nassau family. Remembering my first visit, I somehow felt that the castle was not as well maintained as it could have been though during my second visit I realised that such thing was mainly made up in my head. Over the past few years, the Hessian state has done quite a bit of work on the Schloss to maintain it for future generations. The tour of the castle felt like tours of state-owned castles often feel: While the Schloss was perfectly lovely, there was no real aha- or wow-moment for me that I, for some reason, tend to have in privately-owned castles which usually make a major effort to have something special for the visitors. It might also be due to the fact that I know the Nassau history so well and so there was nothing really new to learn for me. While the guides were knowledgeable about the castle itself, they were a bit shaky when it came to the history of the Nassau family after the annexation of the Duchy of Nassau which, in all honesty, is probably all too understandable for everyone but me. 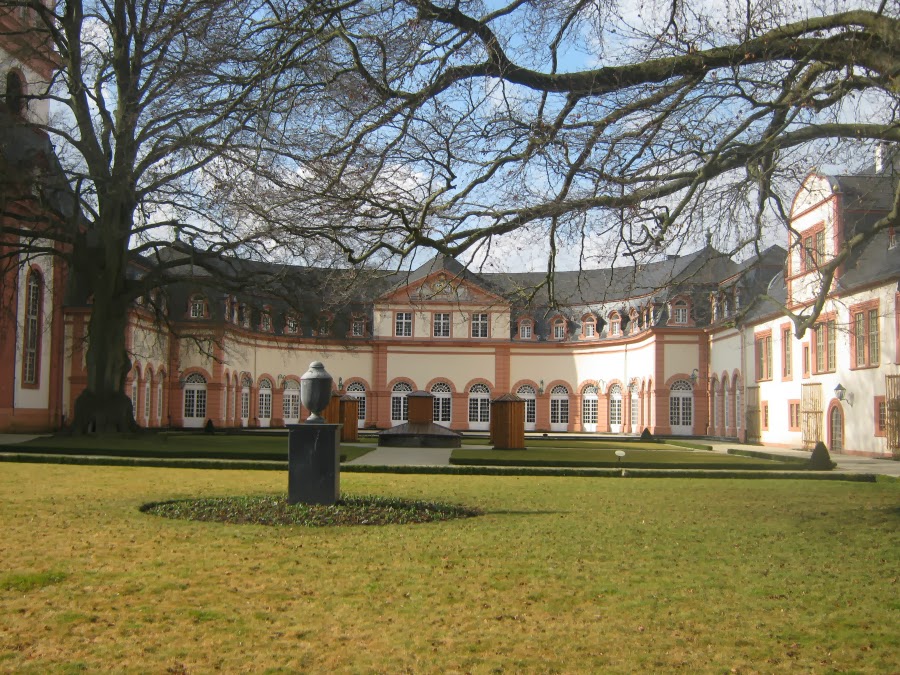 Good to know:
Schloss Weilburg is located a short walking-distance from the town's train station, parking spots are also available nearby. The guided tours of the Schloss, which cover parts of all the four castle wings as well as one of the orangeries, take about 45 minutes. The castle is open to visitors between March and October from 10am to 5pm Tuesdays to Sundays; from November to February, the Schloss can be visited Tuesdays to Saturday from 10am to 4pm. The castle is closed over Christmas and New Year's. All year round the guided tours start about every hour, the last tour starts one hour prior to closing time. Admission for adults is four euros, concession €2,50. While in Weilburg, also make sure to visit the castle's gardens which offer a great view over the surrounding area as well as the old town surrounding the castle. For more information about the castle, have a look here.
Germany Hesse (state) Limburg-Weilburg Nassau Open Park