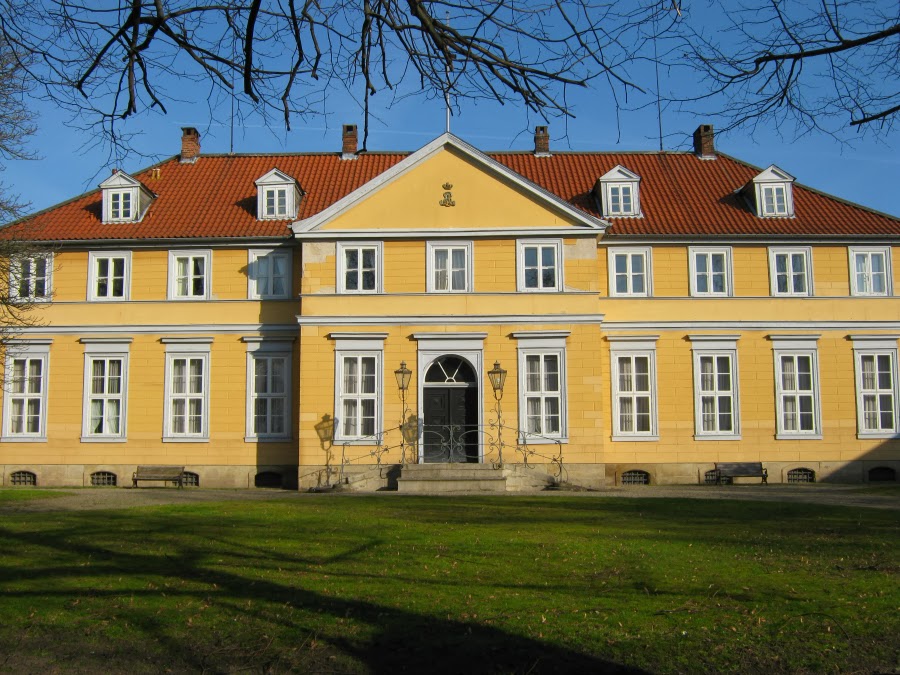 This one started it all, folks. The source of all evil my interest in royalty, the Fürstenhaus Herrenhausen in Hanover. It was a visit to this building - as well as an exhibition at the Landesmuseum - together with my school that sparked my interest in all things royal. Located next to the north-eastern edge of the baroque Great Garden of the Herrenhausen Gardens, the Fürstenhaus is now closed and solely used as a private residence by the Guelph family.

Literally translating to "princely house", the Fürstenhaus is a mansion-like building which was originally known as the Delitzsche Palais. The original owner of the mansion was Countess Louise of Delitz, one of the three daughters of King George I of Great Britain, the first Hanoverian ruler on the British throne, and his mistress Countess Melusine von der Schulenburg. The King had gifted the then timber-framed building to his illegitimate daughter in 1721. In the following decades, the ownership of the Delitzsche Palais changed numerous times and thus it was home to a number of different noble families such as the Wallmoden family.

The original nine-axis, two storey summer house received a median risalit as well as lower side wings around 1770. In 1836, the Delitzsche Palais came back into the possession of the kings of Hanover who used it as a guest house as it was only a stone's throw away from Schloss Herrenhausen. The facade got its current look in the years 1864/5 according to plans of architect Georg Heinrich Schuster, who based his designs on those Georg Ludwig Friedrich Laves had done for the nearby Schloss. Since 1865, the building is known as Fürstenhaus. A year later, the portrait collection of the Guelph family was moved to the mansion. Also in 1866, the Kingdom of Hanover was annexed by Prussia. The Fürstenhaus, however, was one of the properties that remained in the hands of the deposed family who went into exile in Austria.

In 1955, the Fürstenhaus was opened as a museum. Extensive renovation works were carried out during the 1980's and reopened in 1985. Since 2011, the museum is closed as Hereditary Prince Ernst-August now uses it as his home whenever he stays in Hanover. Back when it still was a museum and I visited, the ground floor with ten or so rooms was open to the public via guided tours. The upper floor had always featured private apartments. From my visit there more than ten years ago, I remember lots of paintings, sculptures, furniture and porcelain being exhibited.


Good to know:
The Fürstenhaus is closed to the public. However, if you should ever visit the Herrenhausen Gardens, one of the main tourist attractions of Hanover, it's definitely worth to also have a short look at the present day home of the Guelph family which is about three to five minutes walking distance from the entrance of the garden. On the way, you can also have a short look at the Hardenbergsches Haus, a villa built for the Hanoverian diplomat Friedrich Karl of Hardenberg and also inhabited by Jean-Baptiste Bernadotte, the later King Karl XIV Johan of Sweden, between 1803 and 1804.


P.S. Don't forget to also like Castles & Co on Facebook to always get the newest updates as soon as they come out.
Closed Delitzsch Germany Guelphs Hanover Hardenberg Lower Saxony Wallmoden