Florence is perhaps one of the handful of places every person should visit during their lifetime. Dubbed the "Cradle of the Renaissance", it is often considered to be the place where the transformation from the Middle Ages to modern Western civilization started. Between all the museums, the ginormous amounts of art and the plentiful of churches to see, palaces may not be among the top spots on your list of places to see in the city. However... When you think of Florence, you automatically also think of the Medici and unfathomable wealth. They were the bankers, rulers and art patrons behind much of what makes Florence so unique until this day. Because it was them who commissioned artists such as da Vinci, Michelangelo, Botticelli and Donatello to work for them to forever inscribe their family's name into the history books. 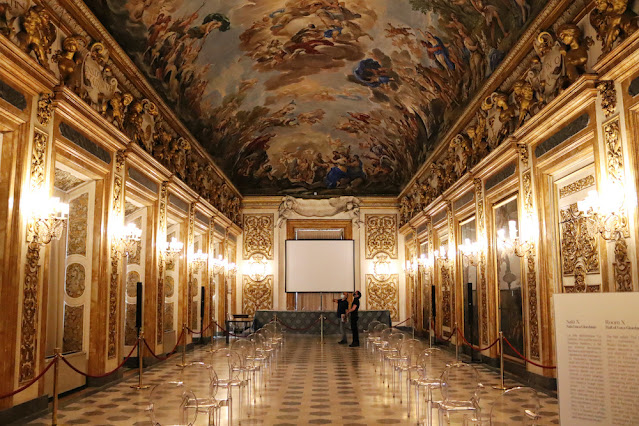 Palazzo Medici-Riccardi
The Palazzo Medici-Riccardi is actually the place where it all started. It was the home of the Medici family between the second half of the 15th century and the first half of the 16th century. It was Cosimo the Elder who commissioned Michellozzo to build the palace of 1444. Most of the interior is an almost austere early-Renaissance noble residence. Cosimo the Elder actually actively decided against a more lavish design draft by Brunelleschi, the man behind the dome of domes adorning the Duomo di Firenze. The architectural highlights of the Palazzo Medici-Riccardi include the Chapel of the Magi, one of the first private chapels to ever be constructed adorned with frescoes by Benozzo Gozzoli depicting the Adoration of the Magi featuring members of the Medici family, as well as the Galleria Riccardiana seen in the picture above. Named for the subsequent owners of the Palazzo, the ceiling fresco was created by Luca Giordano in the second half the 17th century and shows the Apotheosis of the Medici. 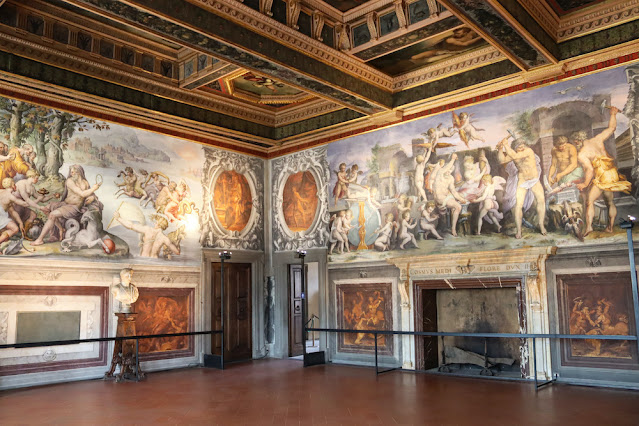 Palazzo Vecchio
From the Palazzo Medici-Riccardi, the Medici family moved to the Palazzo Vecchio. Originally the seat of the Signoria of Florence, the ruling body of the Republic of Florence, it became the residence of the future Grand Duke Cosimo I of Tuscany - not to be confused with the aforementioned Cosimo - in 1540. With the move he wanted to signal the Medicis grasp on power in Florence. In addition to the massive Hall of the Five Hundred, you can also discover the private apartments of the Medici on the palace's second floor. Many of the rooms are great examples of early Renaissance architecture with elaborate wooden ceilings and wall frescoes such as the Apartments of the Elements seen in the picture above. While most of the Palazzo Vecchio is a museum these days, it actually also houses the city council and the office of the mayor of the city. 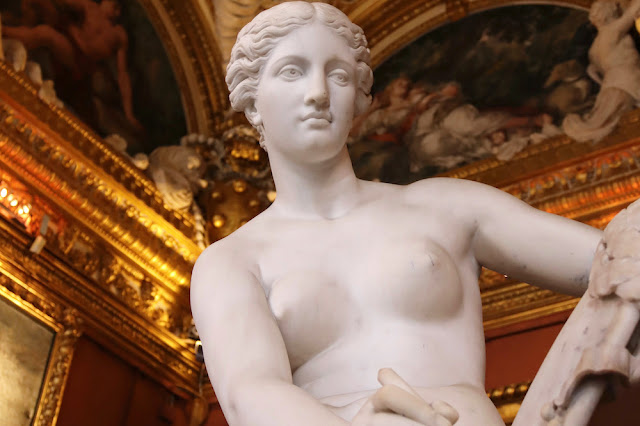 Palazzo Pitti
Interestingly though, Cosimo I didn't use the Palazzo Vecchio - or Old Palace - as his main residence exclusively for long. In 1549, he purchased the Palazzo Pitti across the Arno river and subsequently made it his new home. In an interesting turn of events, the palace was actually built to rival the Medicis. When Cosimo the Elder built the Palazzo Medici-Riccardi, his fellow banker and rival Luca Pitti tried to surpass him - probably a feat destined to fail from the beginning. The project bankrupted Pitti and a good century later, the palace was scooped up by the Medici. Cosimo I's and his wife Eleanora di Toledo had the palace greatly expanded in size. Over the following centuries, it became home to the Medicis massive art collection - well, all the stuff not held in the Uffizi Galleries - and furniture. The Palazzo Pitti remained the Medici's main residence until the last male heir died in 1737. The Grand Duchy of Tuscany thus passed to Franz Stephan of Lorraine, husband of Empress Maria Theresia who had to give up Lorraine to marry her and was given less influential Tuscany instead. When the Grand Duchy passed from the House of Lorraine to the House of Savoy in 1860, the Palazzo Pitti was included once again. Since 1919, the Palazzo Pitti has been a museum - and the largest museum complex in Florence at that, which says something when you got the Uffizi to rival with. If you only visit one palace in Florence, make it this one to see its impressive art collection. And make sure to plan enough time to see all the 140 or some rooms as well as the surrounding gardens.
Habsburg Italy Lorraine Medici Savoia Tuscany