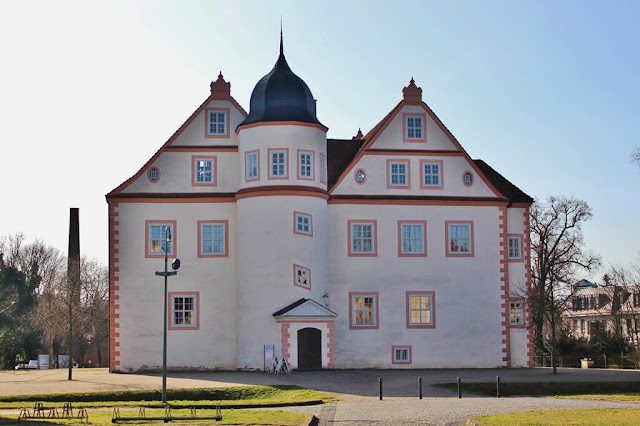 Truth be told, Schloss Königs Wusterhausen is not the most visually remarkable of Prussian castles even though it bears the royal in the name. But somehow it is also a reflection of the man who made this castle famous, King Friedrich Wilhelm II. Known as the Soldier King, he was famously frugal. It is sometimes said that he was the only Prussian King to never build a castle (though I have some doubts about it considering Friedrich III only reigned for 99 days...) There is no doubt, however, that Friedrich Wilhelm II detested all kind of splendour and his hunting lodge in Königs Wusterhausen is a reflection of that, even though it was slightly more splendrous back in the day than it is now. 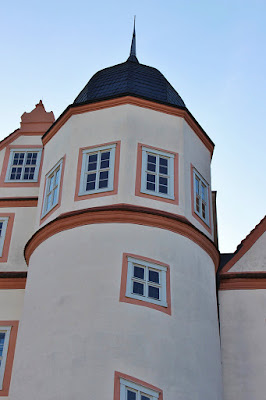 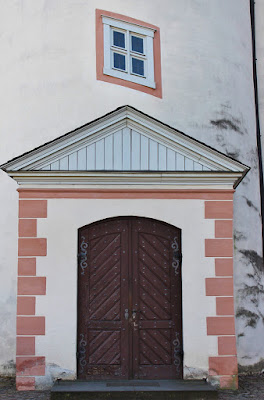 The current castle is based on a 14th century moated castle firstly mentioned in 1320. Towards the end of the 14th century, the castle was owned by the noble von Schlieben family. In 1475, the Schenken von Landsberg became the new owners of the castle. They remained so for almost 200 years. Following the Thirty Years' War, the family had run into financial difficulties and was forced to sell Königs Wusterhausen in 1669. The castle thus came into the hands of Friedrich von Jena, a university professor and privy council of the Great Elector, Friedrich Wilhelm. In 1683, after Jena's death, the Great Elector's oldest son, the future Friedrich III/I, purchased the castle likely because of the surrounding hunting grounds. He made some changes to the castle giving some of the rooms a Baroque-style appearance. 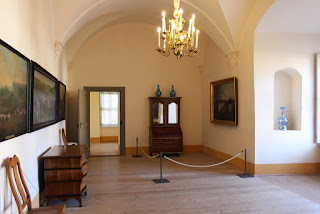 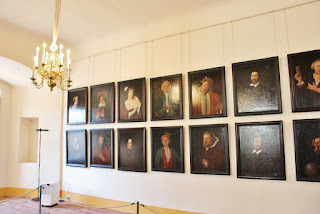 So, what does a father whose job description is "Elector" get his son for Christmas? You guessed it right, a castle. It was on December 24, 1698, (Germans give presents of Christmas Eve) that Elector Friedrich III gifted this goodie to his ten-year-old son, Friedrich Wilhelm (the Soldier King). Father and son conflicts are a bit of a tradition in the Hohenzollern family and so these two also didn't get along particularly well. Friedrich III didn't only become the first King in Prussia (as Friedrich I) but also loved the royal life. Fancy jewellery, magnificent castles, you name it - he oftentimes spent more than he actually had. His son, in difference, was pretty much the walking Prussian virtue. Despite being known as "the Soldier King" he never actually started a war, because he considered that to be too expensive. He also rigidly managed the treasury and lived an otherwise very austere life. 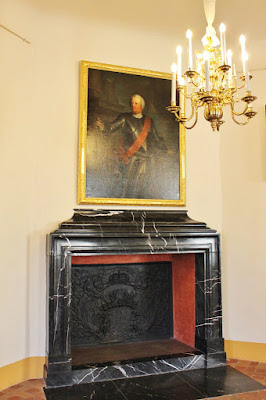 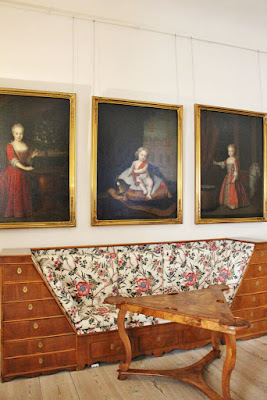 Friedrich Wilhelm especially liked to live that frugal life at Wusterhausen. He used the castle as a summer residence and hunting lodge, oftentimes spending the months of August, September and October at the castle. In 1717, Königs was added to the town's name which was henceforth literally known as "The King's Wusterhausen". One thing that the King did enjoy were the famous Tobacco Cabinets, gatherings of mainly army officers smoking in sparsely furbished rooms. The famous painting of the Tobacco Cabinet of the Soldier King featured in basically every German history textbook was painted and can still be found at Schloss Königs Wusterhausen. To tell you the truth though, Friedrich Wilhelm did make some changes to his hunting lodge during the early 18th century. 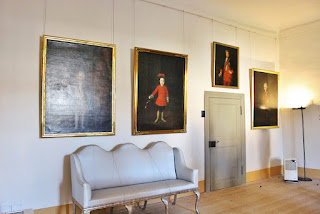 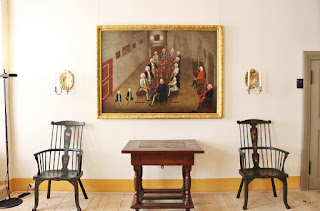 After the death of Friedrich Wilhelm II, Schloss Königs Wusterhausen was officially inherited by his second son, August Wilhelm, and also declared part of the family's fideicommissum. August Wilhelm, however, didn't take a particular interest in his father's castle. Starting in the summer of 1798, life returned to the Schloss for a short while. The elderly Prince Heinrich, the Soldier King's youngest son, asked to be allowed to move into the castle of his childhood. He and his brother Prince Ferdinand spent the month of March there until his death in 1802. Shortly thereafter, between 1805 and 1810, all furniture from the castle was brought to the other Prussian royal residences. By the mid-19th century, Schloss Königs Wusterhausen was used by the Prussian military as a depot. 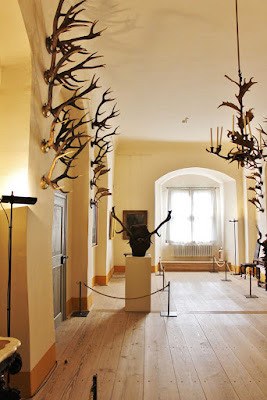 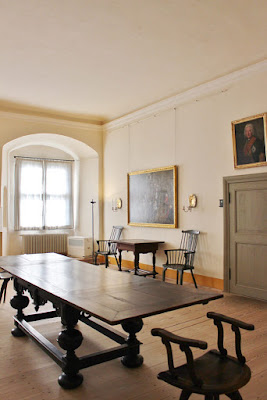 When King Friedrich Wilhelm IV visited in 1854, he was appalled by the profane usage of the castle. He ordered the military depot to be moved out and started to renovate the castle. He, however, didn't live to see the end of the renovations. In 1861, his younger brother and successor, the future Emperor Wilhelm I, decided to revive the old tradition of royal hunts at Königs Wusterhausen. Thus the amenities of the time, like heating, running water and bathrooms, were installed at the castle. The first royal hunt took place in the fall of 1863 though now the royal family only stayed a couple of days instead of a couple of months. The last royal hunt took place in 1913 under Emperor Wilhelm II. Following the end of the monarchy, usage was very varied. In 2000, the current museum was opened.
2020 Brandenburg Dahme-Spreewald Germany Hohenzollern Prussia Schenk von Landsberg Schlieben