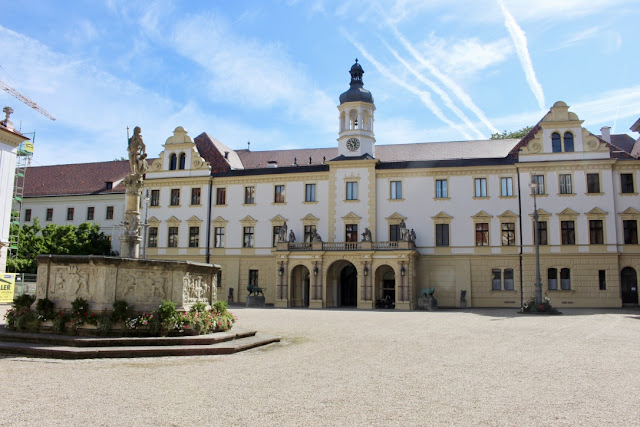 The Thurn und Taxis family is one of the most famous German noble families, both in Germany and beyond, also thanks to the current family members, think Princess TnT. However, there are a bit of an unusual noble family beyond the formerly partying lifestyle, as their ancestors never led wars or ruled a country. Yet they were - and still are - insanely rich and their main residence, Schloss St. Emmeram, is often said to be larger than Buckingham Palace. So what did they do? They had a simple idea that revolutionised the world. The Thurn und Taxis invented the modern post system and held the monopoly on postal services throughout the Holy Roman Empire. With the end of the HRE in 1806, the Thurn und Taxis lost their monopoly and ended up getting a pretty nice palace in Regensburg as a compensation. 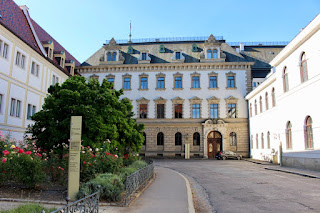 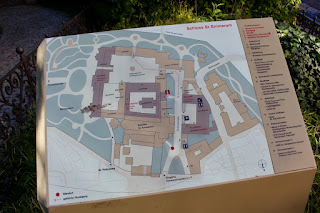 Before it became home for the Thurn und Taxis family, Schloss St. Emmeram was a Benedictine monastery founded around the year 739 at the grave of the Frankish Bishop Saint Emmeram, who was one of the early wandering missionaries in Bavaria. Known as Kloster St. Emmeram, or Saint Emmeram Abbey, the monastery was granted the regalia and made reichsunmittelbar, meaning they had only to answer to the Emperor, by Adolf of Nassau in 1295. One of the most famous reminders of the monastic life at St. Emmeram is the stunning Romanesque-Gothic cloister with its earliest parts dating back to the 11th century. 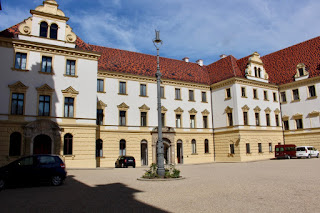 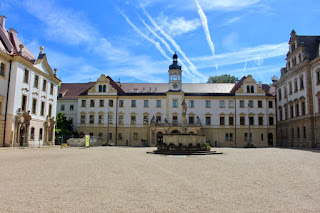 While the abbey's importance declined during the following centuries, St. Emmeram witnessed a resurgence during the 16th century particularly due to natural sciences. In 1731, the abbots were raised to the status of Reichsfürsten ("Princes of the Empire"), leading to a Baroque refurbishment of the buildings, most famously of the abbey's church, by Cosmas Damian and Egid Quirin Asam. The secularisation at the beginning of the 19th century ended the monastic life at Kloster St. Emmeram. While first becoming the Principality of Regensburg, the city including the abbey ultimately fell to the Kingdom of Bavaria and all monks had to leave the abbey by April 1812. Already a year earlier, much of the abbey's treasures and furniture were brought to Munich. 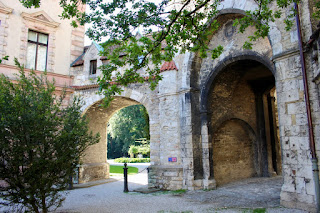 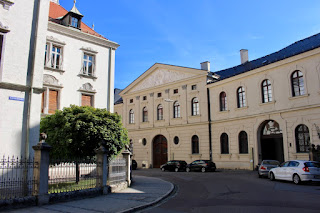 Later in 1812, the Princes of Thurn und Taxis were granted St. Emmeram Abbey as compensation for losing both the mail monopoly at the end of the Holy Roman Empire and the Bavarian mail monopoly they had held since (though they did continue to run a postal service until 1867). Already about half a century earlier, the Thurn und Taxis had made Regensburg their home serving as principal commissioners of the Perpetual Imperial Diet of the Holy Roman Empire in Regensburg representing the Emperor for three generations between 1748 and 1806. St. Emmeram wasn't entirely new for the family as they had already rented rooms of the abbey during the 18th century. 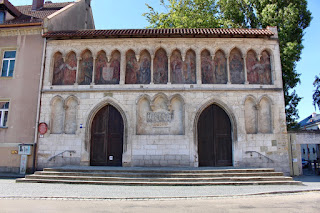 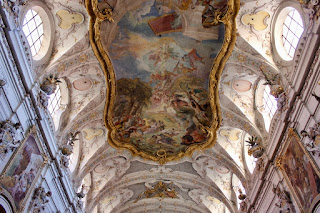 The Thurn und Taxis didn't mind that the abbey was left virtually empty as it gave them the chance to model them after their own tastes. Soon after construction works to turn the Benedictine abbey into a princely residence started. What followed was a makeover showcasing the best and most splendorous things architecture had to offer mixing Baroque and Empire styles. The Thurn und Taxis had more money than status, pretty much being upstarts to the noble life, and the renovations of Schloss St. Emmeram, which also became known as Schloss Thurn und Taxis, tried to showcase their enormous wealth. 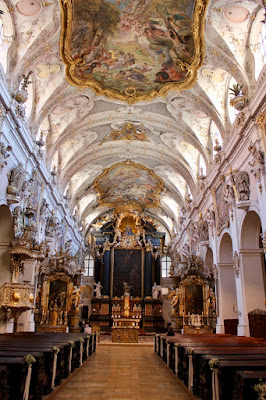 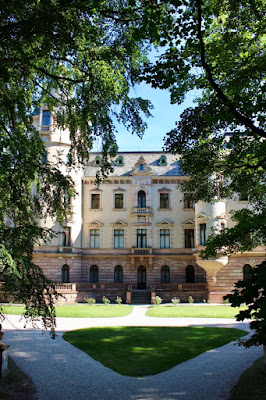 For years I wondered why there were hardly any good pictures of the Schloss's exterior apart from aerial shots - after visiting I know why: St. Emmeram is like a village of a castle. The large complex  surrounding several inner courtyards is located within a large park in the centre of Regensburg and the park isn't open to the public so there are only a few glimpses you can catch of it. During the course of the 19th century, Neo-Renaissance and Classicist additions were also made to the castle. The Thurn und Taxis even had whole rooms from their former home in Frankfurt brought to Regensburg, including the Rococo-style ball room measuring 190 square metres in area and seven metres in height. 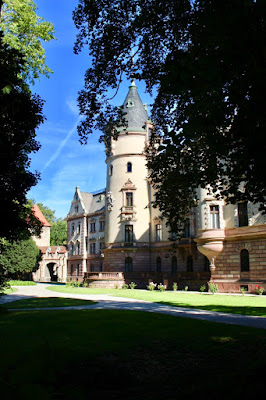 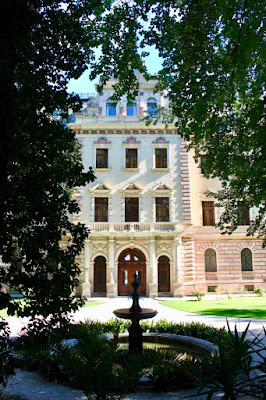 The Thurn und Taxis family continue to live part-time at Schloss St. Emmeram to this day. Until the 1980's, they even held an active princely court with hundreds of staff and 70 liveried footmen in wigs tending to the family's every need. After the death of Prince Johannes (1926-1990), everything came crashing down though: During the months before his death it became apparent, that the family's fortune was dwindling based on poor investments and lax management. Add to that inheritance taxes and the family was badly in need of cash - and so Princess Gloria set up to sell jewels, art and everything else that held value, and struck a deal with the state of Bavaria about opening a museum at their palace for the items given to the state to be put in and thus holding the family fortune together. (More on the fascinating story here.) These days, Schloss St. Emmeram isn't only a princely home but an event venue, museum, home for the elderly, soup kitchen, administration building and much more.

Good to know:
Schloss St. Emmeram can be visited via a guided tour, you can chose between one lasting 60 minutes or 90 minutes. The Schloss is open daily between March 16 and November 15 with the first tour starting at 10.30am and the last one at 4.30pm. Guided tours during the rest of the year are available on Saturdays and Sundays. The Princely Treasure Chamber and the Carriage Museum are open daily during the summer months and on the weekends during the winter. For more information, have a look here.
2018 Bavaria Germany Open Regensburg Thurn und Taxis