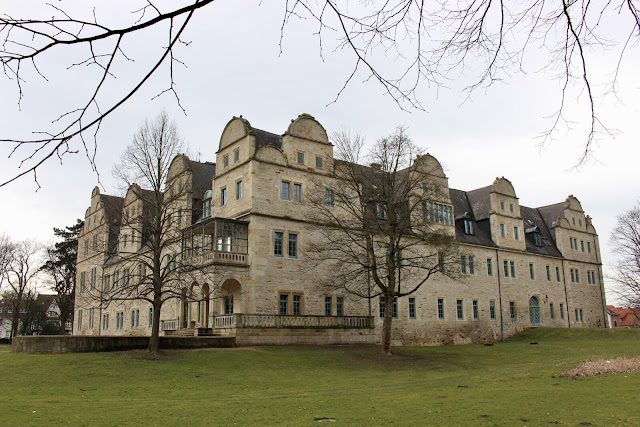 Let's go back to the beginning of the year when spring was just around the corner and the first flowers had sprung. On a Sunday afternoon, I went and saw Schloss Stadthagen. Today the seat of the local tax office, it used to be a residence of the Counts and later Princes of Schaumburg-Lippe. Construction started in the year 1535 at the behest of Count Adolf XI of Schaumburg. He commissioned Thuringian master builder Jörg Unkair to draw up the plans for a four-winged castle in the style of the Weser-Renaissance. 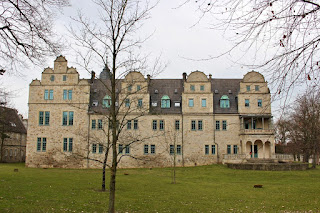 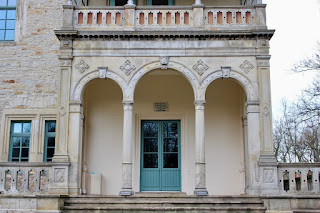 The Schloss is actually considered the oldest and one of the most influential Weser-Renaissanc style castles in all of Lower Saxony. Master builder Unkair personally chose the sandstone from a local mine. Construction on the castle was already finished four years after it was started. In 1539, the castle became the new residence, seat of government and was also used by the tax and finance authority of the time. Like many other Weser-Renaissance style buildings, the castle was originally plastered and painted white. However, the Schaumburgs did not get long use out of the castle as their main residence. Already in 1608, the residence of the Counts of Schaumburg and the seat of their government was moved to Bückeburg where the new Duke Ernst built modern day Schloss Bückeburg. 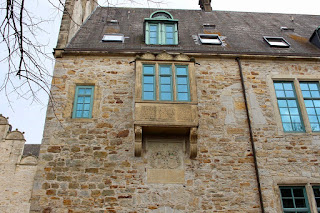 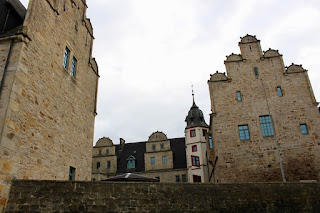 During the following decades, Schloss Stadthagen was used as a widow's seat as well as the home for the hereditary couple. It was extensively renovated in 1875, when the white plaster was removed, for example, and remained in the hands of the Counts and later Princes of Schaumburg-Lippe until the end of the monarchy in 1918. A year later, the castle became the property of the new free state of Schaumburg-Lippe and after the Second World War the state of Lower Saxony, that was largely formed out of the old territories of the Kings of Hanover, Dukes of Brunswick, Princes of Schaumburg-Lippe and Dukes of Oldenburg, became the new owner.


Good to know:
Schloss Stadthagen is not generally open to the public. I read though that you can see the interior after prior appointment with the tax office, but obviously not on a Sunday afternoon. I doubt though that much of the original interior remains considering its current use.
2018 Closed Germany Lippe (family) Lower Saxony Schaumburg Schaumburg-Lippe