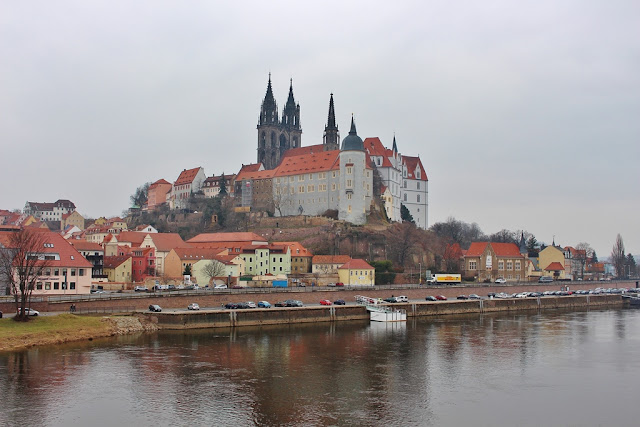 Cold and dark rooms, stone or white walls, sparse furniture - usually, I'm not biggest fan of Gothic castles from Medieval times. You see, I'm more into guys in wigs than knights in shining armour. To every rule there is an exception though: Mine is Schloss Albrechtsburg, Germany's oldest castle (as opposed to a fortress) towering high above the Elbe valley in the town of Meissen near Dresden (though my love might have to do with the Neo-Gothic touches to the castle). 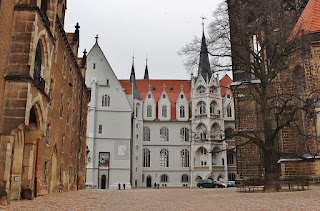 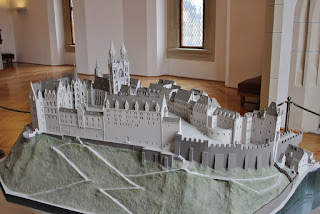 Meissen is actually considered "the cradle of Saxony" with the Margravate of Meissen, which together with the former Duchy of Saxe-Wittenberg would later become the Electorate of Saxony, founded in 965 and its first Catholic bishopric three years later. Already in 929, Heinrich the Fowler, elected king of East Francia, had a wooden fortress built on a rock towering above the Elbe. This made Meissen the centre of the march bordering on the territories to the east that were still under Slavic control. 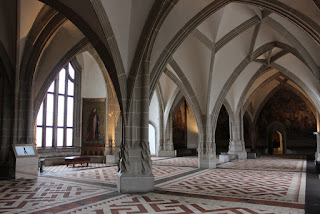 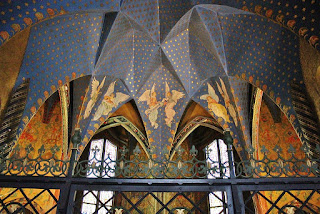 Today's Schloss owes is existence to the family that would go on to rule the different Saxon states for hundreds of years until the abolishment of the monarchy in 1918: The Wettins. The late-Gothic castle complex was built between 1471 and 1524 on behalf of two brothers, Ernst and Albrecht of Wettin, who jointly ruled Saxony. The family later divided into two ruling branches: the Ernestine and Albertine branches named after the two brothers. (Fun fact: The House of Saxe-Coburg and Gotha, which still reigns in the United Kingdom (under the name Windsor) and Belgium is part of the Ernestine branch.) 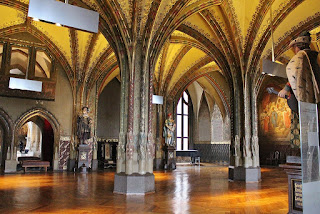 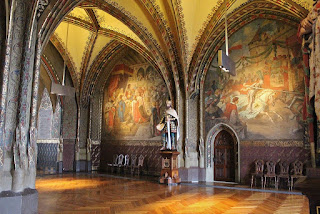 The Wettin brothers planned on building a new residence that was as much a representative administration centre as a residential palace. In difference to previous castles, it did not really serve defense purposes anymore but was rather meant to be a palace – the first of its kind in German architectural history. They commissioned master builder Arnold von Westfalen to bring their plans into reality. When the brothers divided the Wettin lands by the 1485 Treaty of Leipzig, the castle of Meissen fell to Albrecht. Despite giving his name to the Schloss, Albrecht never lived there though. Instead it was his son Duke Georg the Bearded who took up residence at Albrechtsburg. 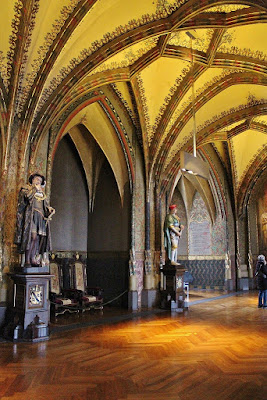 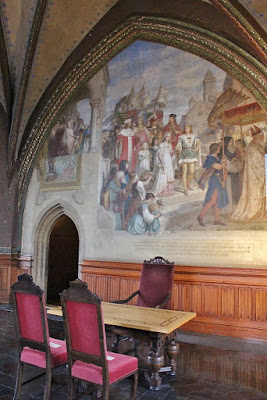 Schloss Albrechtsburg, however, was soon left behind in favour of the Fortress of Dresden as the royal seat of power in the region. On some occasions, receptions were held there or hunting parties hosted. During the Thirty Years' War, it was heavily damaged and largely left unused afterwards. It was August the Strong, who was Elector of Saxony as well as King of Poland and Grand Duke of Lithuania, who found a new usage for the castle: At the beginning of the 18th century, he established the Royal-Polish and Electoral-Saxon Porcelain Manufactory at the Schloss. 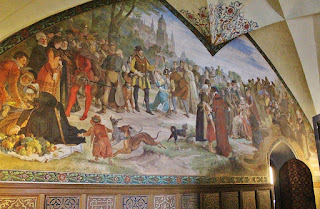 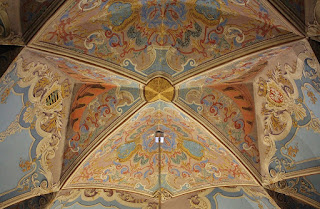 Meissen porcelain actually was the first European hard-paste porcelain and continues to be one of the most famous porcelain manufacturers today. The manufactory moved out of the castle in 1863 after 150 years. In the following years, extensive restoration works were carried out to revive the rooms in their original Gothic appearance and remove the severe damage that had been done by its use as a manufactory. 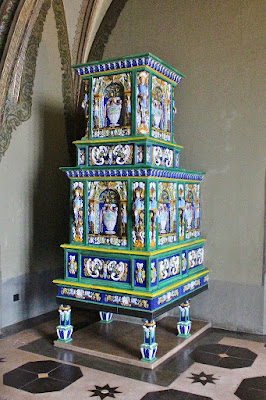 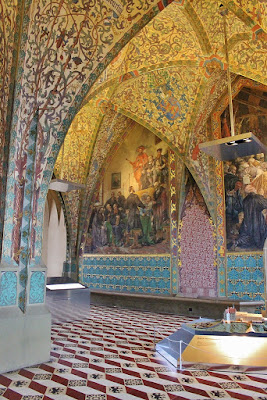 Additional money from the reparations France had been made to pay for the German-French War allowed for the new artistic design of Schloss Albrechtsburg. Murals and painted ceilings - the parts of the Schloss I actually enjoyed the most, I'm predictable like that - were created from 1873. They largely depict historical events at the castle, of the March of Meissen, of the Wettins and of the emergence of the "White Gold", as porcelain was known at the time. Ornamental decoration in Gothic style was also added to the castle, as were historically true furniture, flooring and doors as well as weaponry, candelabra, ovens and fireplaces.


Good to know:
Schloss Albrechtsburg is open daily from March to October from 10am to 6pm as well as from 10am to 5pm from November to February with the exception of Christmas and a few weeks in early January. Admission is 8 euros. For more information, have a look here.
2018 Germany Meissen Open Saxony Saxony (family) Wettin