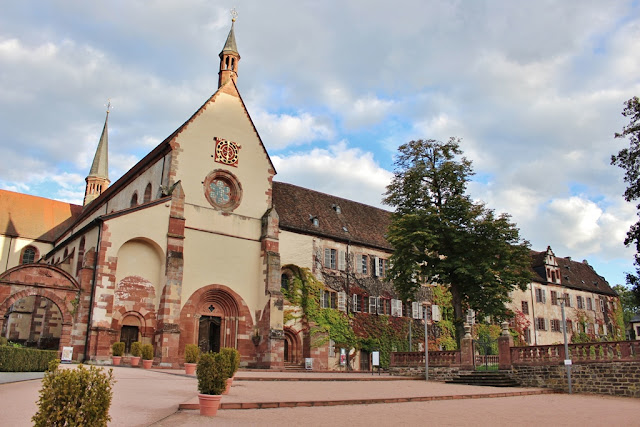 After a long day of castle adventures back in September that included visits to Schloss Weissenstein, Schloss Castell, Schloss Rüdenhausen and Schloss Wiesentheid, I also stopped by Kloster Bronnbach. Going to the monastery turned castle felt a bit like going to the end of the world. Arriving there from the direction of Würzburg, you pass woods, fields, more fields, and, yes, even more fields. Nestled deep in the Tauber valley, the little village today is a part of the town of Wertheim. The name might ring a bell for some of you and so it won't come as a big surprise that the Bronnbach Abbey was once the home of the Prince of Löwenstein-Wertheim-Rosenberg. 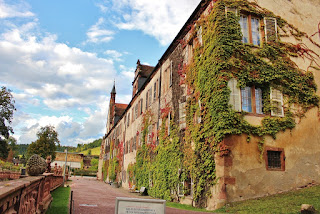 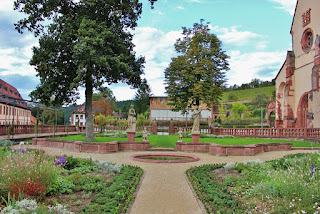 Legend has it that Bernard of Clairvaux, a French abbot and the primary reformer of the Cistercian order, himself wished for the foundation of a monastery in the valley when visiting Wertheim. According to legend, three noblemen then chose the exact spot based on the appearance of three white singing larks. 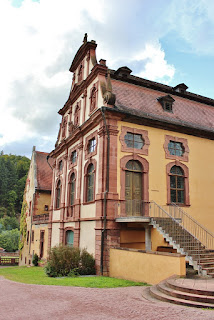 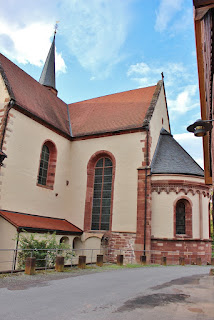 Bronnbach Abbey was actually founded in 1151 by Cistercian monks from Maulbronn and Waldsassen with the strong support of the local nobility, in particular the four (not three like the legend says) noblemen Billung von Lindenfels, Sigebot von Zimmern, Erlebold von Krenzheim und Beringer von Gamburg. Building activity started, after additional land near the river Tauber was given to the monastery by the Bishop of Mainz. The Abbey's church, located on the left when looking at the main facade, was consecrated in 1222. 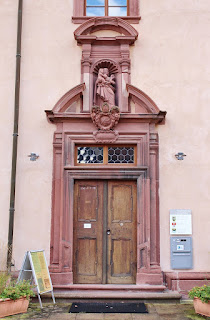 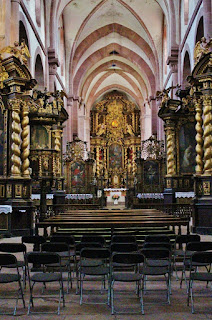 The monastery was raided by local robber-knights a few times during the following century. During the German Peasants´ War (1525) Kloster Bronnbach was looted by troops commanded by infamous Götz von Berlichingen (also known as "Götz of the Iron Hand"), later immortalised in a drama by Johann Wolfgang von Goethe. During the Reformation the Abbey's abbot, Clemens Leusser, became a Lutheran in 1552. He was supported by Count Michael III of Wertheim. After Wertheim's death as the last male member of his house, however, the Archbishops of Würzburg and Mainz pressured the Lutheran abbot to return to his Catholic roots. After their bids were unsuccessful, a new abbot, Johann Pleitner, took over the monastery in 1558 and the monastery was re-Catholised. In 1572, the church was reconsecrated - and thus the Cistercians came firmly back into power. 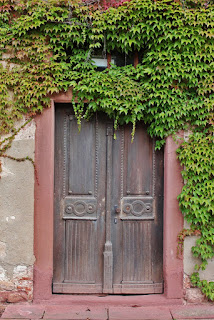 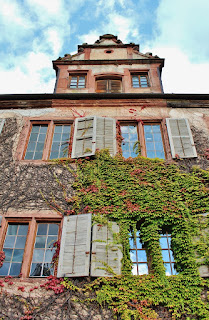 That was until the Thirty Years' War when in 1631 the Lutheran Count Friedrich Ludwig of Löwenstein-Wertheim-Virneburg was gifted with the Abbey by King Gustaf II Adolf of Sweden. The Catholic monks had fled the Kloster and Count Friedrich Ludwig removed many of its Catholic features. He, however, lost the Abbey again three years later and it was given back to the Cistercians. In 1802, Kloster Bronnbach was secularised and Prince Dominik Konstantin of Löwenstein-Wertheim-Rosenberg became the new owner. 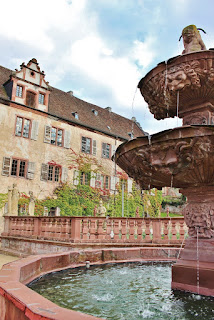 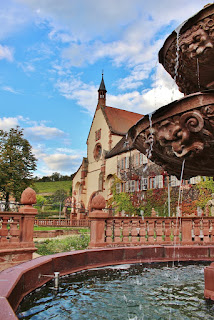 The Löwenstein-Wertheim-Rosenbergs owned Bronnbach until 1986 and used it as their residence, seat of administration, brewery and more. They did not make any significant changes to the complexes architecture than combines Romanesque and Gothic styles. Parts of the building were also used by Cistercian, Capuchin and Dominican monks during the 20th century. Kloster Bronnbach was sold by the Löwensteins to the Main-Tauber district during the 1980's as necessary renovation works and the renewal of the drainage system exceeded their financial resources of the family who also owns several other castles in the region. Bronnbach has since, among others, been used simultaneously as an archive, a conference hotel and, since the year 2000, by the Missionaries of the Holy Family. 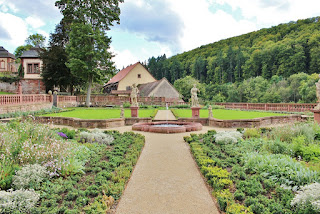 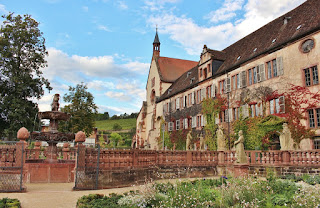 While I was there too late in the day to see its interior, Kloster Bronnbach is actually open to the general public between April to November. I, however, still found its exterior to be utterly charming. It was one of the most Romantic and calm places I ever visited. I simply love buildings overgrown with ivy and wine, so this one was definetely right up my alley.

Good to know:
Guided tours of Kloster Bronnbach take place Tuesdays to Fridays at 2.30pm; on Saturdays at 11am and 2.30pm as well as on Sundays at 12pm and 2.30pm. Admission is five euros per adult. For more information, have a look here.
Baden-Württemberg Church Germany Löwenstein-Wertheim