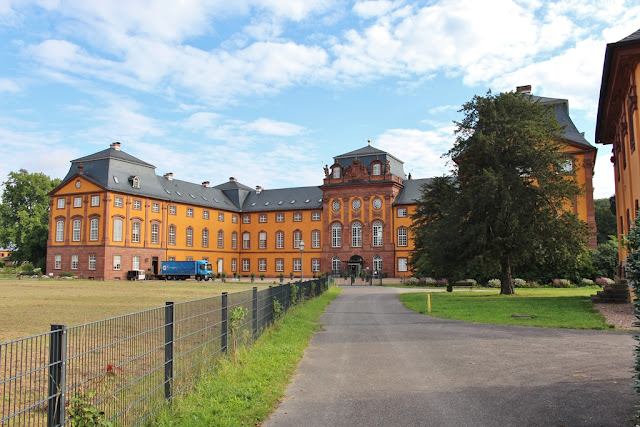 Every castle adventure needs a good base and during my recent trip to Franconia that base was the tiny town of Kleinheubach. That tiny town, however, boasts a pretty magnificent palace: Schloss Löwenstein. In addition to being one of the homes of the Rosenberg branch of the House of Löwenstein-Wertheim, the castle today is also a conference hotel and as such not open to the general park. You can, however, have a good look at it from the surrounding 16-hectares-large park and that's what yours truly did. 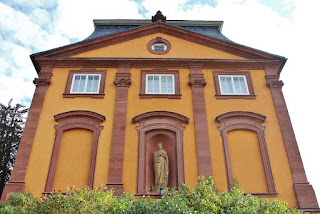 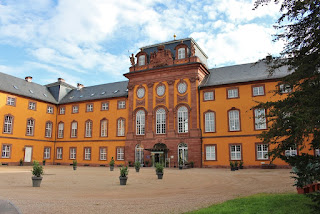 The history of Schloss Löwenstein starts in the year 1721 when the Prince Dominic Marquard of Löwenstein-Wertheim-Rochefort purchased the lordship of Kleinheubach from the Counts of Erbach-Erbach. Almost immediately he commissioned Louis Remy de la Fosse, who had previously worked for the future King George I of Great Britain in Hanover and the Landgraves of Hesse in Darmstadt, to draw up plans for a Baroque residence. 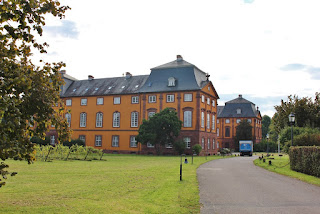 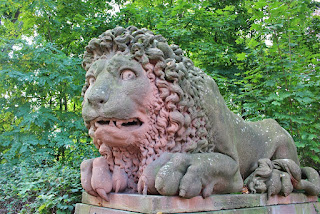 Using the plans of Louis Remy de la Fosse the works very carried out by Johann Dientzenhofer and after his death by a builder named Rinscher from Mannheim. Jakob van der Auwera, court sculptor of the Prince-Bishop of Würzburg, was commissioned for much of the interior work. Construction on Schloss Löwenstein was finished by 1732. A few Classicist buildings were added to the ensemble later on and the surrounding English landscape garden by Prince Dominik Konstantin. 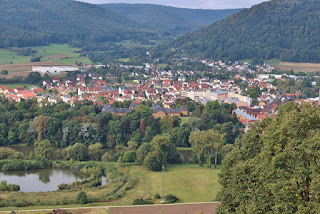 The Schloss has remained the residence of the Prince of Löwenstein-Wertheim-Rosenberg for many generations to this day. After the Second World War, parts of the palace were rented to the German Postal Service and later to the Telekom, a German telecommunications company. Since 2012, a conference hotel is housed in parts of the castle while others are still used by the Löwenstein family as their home.

Good to know:
Schloss Löwenstein is not open to the general public. You can, however, visit parts of the park.
Bavaria Erbach Germany Löwenstein-Wertheim Miltenberg