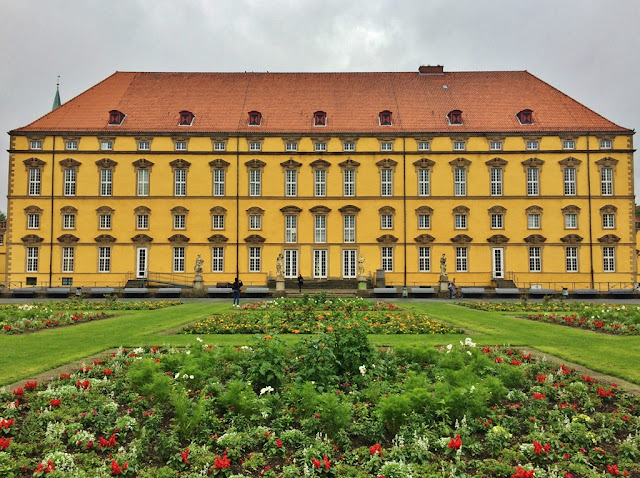 Long before Sophie of Hanover became famous as the heiress presumptive to the crowns of the Kingdom of England and the Kingdom of Ireland under the Act of Settlement 1701, she and her husband, the future Elector Ernst August, lived in Osnabrück. Ernst August, who was born as the fourth son and thus originally had little prospect of becoming ruler, had become the Prince-Bishop of Osnabrück in 1662, four years into his marriage with Sophie of the Palatinate.

According to the Peace of Westphalia, every second incumbent of the Prince-Bishopric of Osnabrück was to be appointed by the Dukes of Brunswick-Lüneburg, thus often alternating between Catholic and Protestant rulers. Like his predecessors, Ernst August took up residence at Schloss Iburg, a former Benedictine abbey outside of Osnabrück. However, to better suit his tastes, Ernst August soom commissioned a residential palace in the heart of the city. 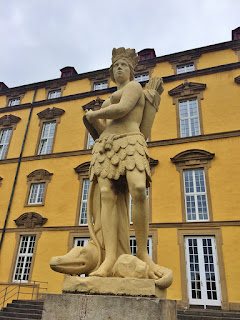 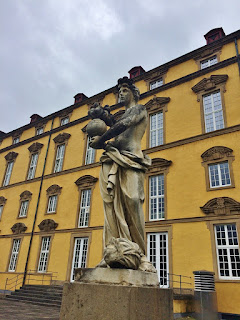 Ernst August thus bought plots of land in the city's new town and in 1667, construction on the new palace started. Consisting of four wings, the Schloss was to reflect the Baroque tastes of the time. One of the most impressive rooms of the four storey building was a ball room on the third floor measuring 25 metres in length.  The family moved into Schloss Osnabrück in 1673. It was at the palace that Ernst August's and Sophie's ninth and youngest child, Ernst August, the future Duke of York and Albany, was born.

The palace's garden, created by Martin Charbonnier, was a special favourite of Sophie. In 1679, after the death of his brother Johann Friedrich, Ernst August inherited the Principality of Calenberg and he moved his family to Hanover. His wife Sophie wrote about her family home, "For all my life I will miss the garden and the palace of Osnabrück. My garden, my flowers, my house, my furnitures: I now feel robbed of these joys." (Though she did get not-too-shabby Herrenhausen afterwards...) 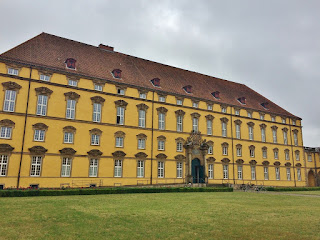 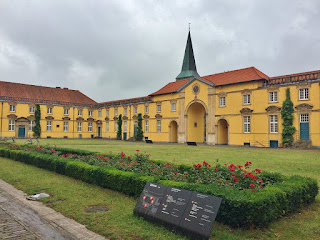 After Ernst August and Sophie left Osnabrück for Hanover, their palace stood mostly empty apart from the years it was occupied by their youngest son, the aforementioned Ernst August who was born there, who became Prince-Bishop of Osnabrück as Ernst August II like his father had been. It was at Schloss Osnabrück where King George I, Ernst August I and Sophie's oldest son and the first Hanoverian of the British throne, died in 1727 when returning from London to Hanover. His younger brother Ernst August (the Prince-Bishop) died only a year later. He was followed in his position by Clemens August I of Bavaria, a Catholic. In the following years, the Schloss slowly started to fall into ruins.

In 1803, the palace was turned into at administrative building. It was used as such for the following decades until the Schloss saw some of the darkest times of German history. The Gestapo, the Nazi's Secret State Police, used parts of the palace's Western wing and had five torture and prison cells built in its cellars. Since 2001, a museum remembers Jewish and political prisoners as well as forced laborors interred there. 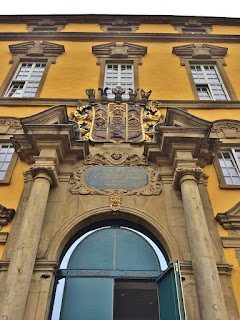 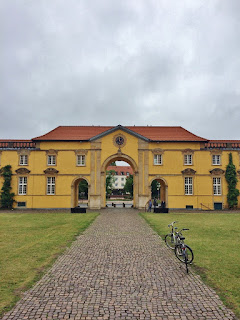 During the course of the Second World War, most of the palace was destroyed during bombing raids. After the end of WWII, the facades were rebuilt though the interior adapted for modern use. Since 1953, the University of Osnabrück calls the Schloss one of its homes.

Good to know:
Schloss Osnabrück is used by the town's university. Even though you could, in theory, walk into the buildings if you do not look too touristy and are able to blend in with the students, there really isn't much to see.
Germany Guelphs Lower Saxony Osnabrück