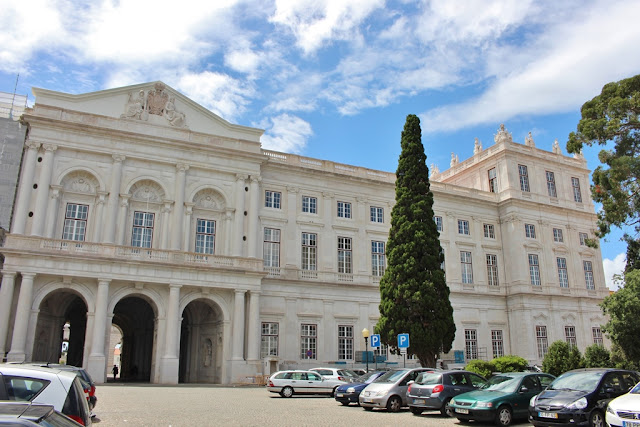 Has it ever happened to you that you wanted to visit a castle, went there and then realised that you came on the only day of the week it is closed to the public? That is exactly what happened to me at the Palácio Nacional da Ajuda to me last year. I still took some pictures from the outside and so I thought I would share the history of the former home of the Portuguese royal family with you anyway.

The 1755 earthquake that hit Lisbon and the surrounding areas had a lasting impact on the life of the royal family of Portugal. Their primary residence, the Paço da Ribeira in central Lisbon, was destroyed. While the family had stayed in nearby Belém during the catastrophe that killed tens of thousands of people, King José I refused to live under a residence of masonry and instead took refuge in a wooden shack next to the palace of the Counts of Óbidos. He soon ordered for a more elaborate wooden building to be constructed in the hills of Ajuda. The Real Barraca (Royal Tent) or Paço de Madeira (Wooden Palace) was completed on September 20, 1761, and the royal court was to remain there until the death of the King in 1777. 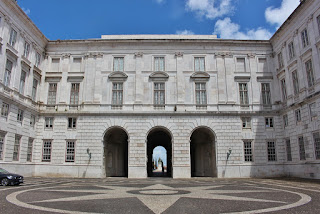 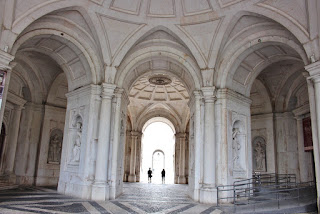 His successors Queen Maria I and her husband King Pedro III lived at the Palácio Nacional de Queluz at the time and thus the Real Barraca was vacated. The wooden palace was later destroyed during a fire though firefighters managed to save the library and chapel from destruction. Starting in July 1795, the site was cleared of the remainders of the fire and construction on a new palace started. The first cornerstone was laid on November 9 under the direction of Manuel Caetano de Sousa, who had the idea to create a Rococo-style building. However, construction was interrupted shortly after. Various architects and contractors had made alterations to the original plans and thus architects José da Costa e Silva and Francisco Xavier Fabri were commissioned to present a new plan for the palace in 1802. Shortly after, Sousa died and Costa e Silva and Fabri were appointed the official architects. 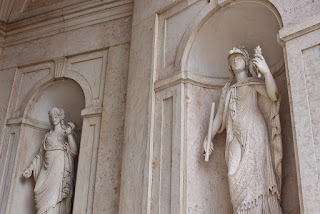 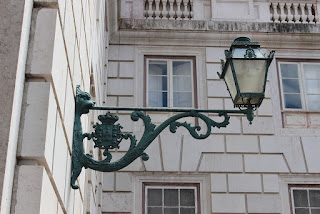 The duo respected the the already existing structures yet introduced alterations that would give the palace a more serious and majestic appearance. The palace was also slightly downsized to consist of buildings surrounding two courtyards. In 1807, when Portugal was invaded by French troops, works on the Palâcio da Ajuda stopped and the royal family fled to Brazil. While the royal court remained in South America for another eights years, construction was taken up again in 1813 under Fabri. By 1821, when José VI of Portugal returned from Brazil, the palace had not yet been completed and was only used for some state and ceremonial events. The palace began to be used as a royal residence five years later, when the Infanta Isabel Maria, the Regent of the young Queen Maria II, wanted to turn Ajuda into a habitable palace. The original plans were thus further downsized. However, the palace was abandoned by the royal court in favour of Queluz Palace in 1829. 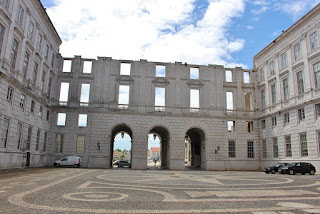 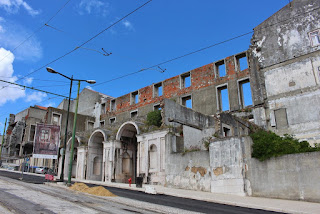 While works slowly continued over the following decades, it was only under King Luís I and his new Queen Maria Pia, née Princess of Savoy, that the palácio became a royal residence again in 1862. In order to make it their home, the King comissioned Possidónio da Silva and Costa Sequeira to renovate and remodel the building, primarily based on the tastes of the Queen. It was at the Palácio da Ajuda that their son, the future King Carlos I, was born. After the death of her husband, Queen Maria Pia continued to live in the palace with her younger son, Infante Afonso, though the new King Carlos I also used it for official functions. After Carlos' murder in 1908 and the end of the monarchy two years later, the palace came into the possession of the Portuguese state. It is still used for official functions, such as state dinners, by the President of the Republic.


Good to know:
The Palácio Nacional da Ajuda is open every day of the week except for Wednesdays from 10am to 6pm. It is also closed on January 1, Easter Sunday, May 1 and December 25. Admission is 5 euros. For more information, have a look here.
Bragança Lisbon Region Open Portugal