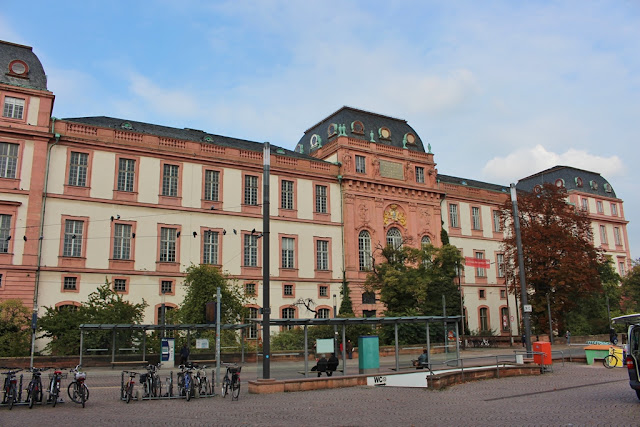 Strangest castle tour ever? The Residenzschloss Darmstadt without a doubt! Why? Well, I'm used to being the odd one out at a castle tour, someone in their mid-twenties grouped together with a bunch of people twice to thrice their age. Somehow at the former residence of the Grand Dukes of Hesse I found myself in the company of about twenty other twenty-somethings though. Some of them weren't German and so the guide asked us whether it would be alright if she gave the tour in English, which was very sweet and so we agreed. What we didn't know was that her English wasn't particularly good and she couldn't remember many words - and so this castle tour turned into a funny game of people shouting the English translations of German words into the room as quickly as possible to help her out. One thing is for sure though, I will never forget this castle tour and "Ludwig the Second Twoth". 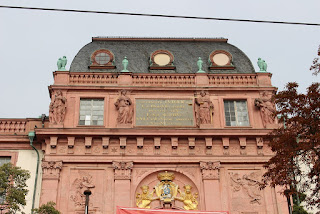 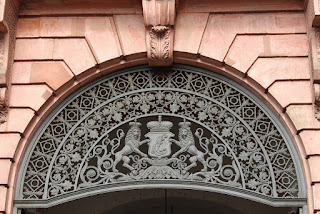 Darmstadt's residence palace was the home of the Landgraves and, between 1806 until 1918, Grand Dukes of Hesse-Darmstadt - in English often better known as 'of Hesse and by Rhine' and for their princesses than their Grand Dukes. Four female members of the family married into the Romanov dynasty: Princess Wilhelmine (1755-1776) became Grand Duchess Natalia Alexeyevna; Princess Marie (1824-1880) became Tsarina Maria Alexandrovna; Princess Elisabeth "Ella" became Grand Duchess Yelizaveta Feodorovna; and Princess Alix became Tsarina Alexandra Feodorovna.

The first castle in place of today's Residenzschloss was built during the 13th century by the Counts of Katzenelnbogen. The moated castle was firstly mentioned in 1376 and greatly expanded during the following two centuries. By the mid-15th century, the moated defense castle had turned into a residence and was also used as a home by the Katzenelnbogen family. In 1479, the last Count of Katzenelnbogen died without any legitimate heirs and so Darmstadt fell to Landgrave Heinrich III of Hesse. 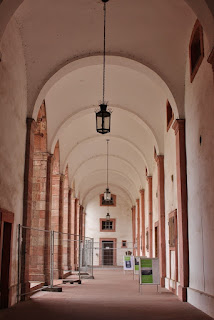 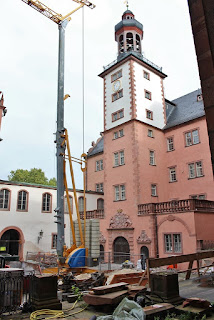 During the 16th century, the castle was damaged not once but twice: In 1518 by troops of Reformation figure Franz von Sickingen and in 1547 during the Schmalkaldic War between forces of the Catholic Holy German Emperor Karl V and the Lutheran Schmalkaldic League within the domains of the Holy Roman Empire. During the reign of Landgrave Georg I, the castle was expanded into a Renaissance-style site starting in 1567. 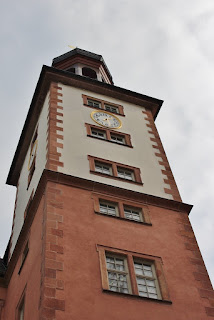 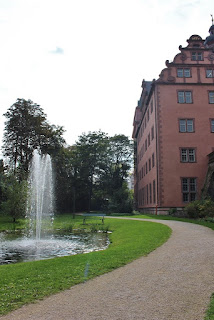 After the existing building was once again damaged during the invasion by French troops during the late 17th century and then partly burned down in 1715 during the great castle fire, Landgrave Ernst Ludwig commissioned Frenchman Louis Remy de la Fosse to draw up plans for a new Baroque-style palace. De la Fosse drew up plans for a lavish three-storey rectangular palace measuring 114 x 130 metres as well as a 75 metres high central tower. However, these extensive plans are beyond the financial means of the Landgrave and so construction on a smaller, two-storey, two-winged building started. But even the smaller version of Ernst-Ludwig's desire to emulate the French court under Louis XIV ran his country into great debt.

While the structural work was finished by 1726, further works were cancelled four years later due to a lack of money. Some of the windows remained closed with planks well into the 19th century. It was Landgrave Ludwig X, the future Grand Duke Ludwig I, who once again took up the task to finish the Residenzschloss of Darmstadt. In 1810, he commissioned Georg Moller as his court architect. Moller suggested to tear down the palace to make a room for a classicist building but he couldn't win his boss over. Instead works on the existing building were carried on. 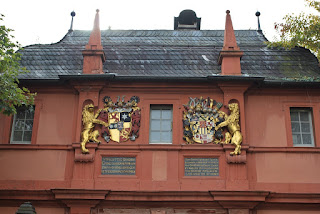 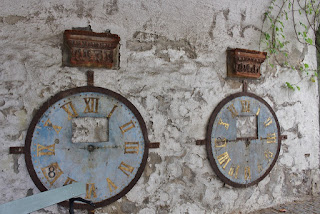 It was also Grand Duke Ludwig I who, in 1817, united the court library and the cabinet library into one. The new large library was made available to the public five days a week. Three years later, the art collection of the Grand Duke was also opened for the general public as one of the very first museums of its kind. By this point in time, the grand ducal family hardly used the Residenzschloss as a residence and so Ludwig I's son by the same name, Ludwig II (you know, "the Twoth"), allowed for the whole palace, apart from a few rooms on the ground floor, to be used by the library and museum in 1842. 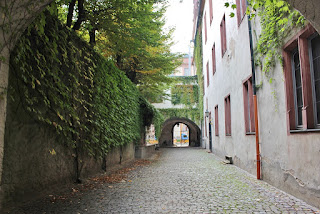 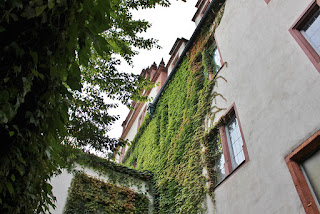 After the end of the monarchy in 1918, the palace came into the possession of the state of Hesse while furniture remained property of the Hesse family. In 1924, the palace museum was opened and later the state library and the state archives also found their home in the Residenzschloss. However, the good times didn't last long. During the last months of the Second World War, the palace was destroyed during an air raid and even the bells of the prominent bell tower melted in the fire. Around 400,000 books, about half of the state library, were forever lost. After the war, the remains of the palace were used by the U.S. armed forces. After considerations to tear down the palace during the mid-1950's, it was decided to instead reconstruct the building. Today, it houses the university in addition to a museum. And yes, it does look much nicer from the inside than it does from the exterior!


Good to know:
The Residenzschloss Darmstadt is open Friday to Sunday apart from December 24 to 26, New Year's Eve and Day, Good Friday, Easter Sunday and May 1 between 10am and 5pm. The palace can be visited as part of a 90 minutes tour - and hey, they are sweet enough to offer them spontaneously in English even if the English is lacking! Admission is four euros per adult. For more information, have a look here.
Darmstadt Germany Hesse (family) Hesse (state) Katzenelnbogen Open