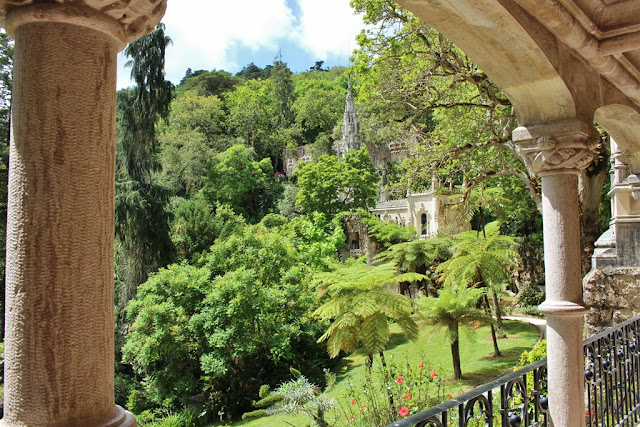 Enchanted wells, secret tunnels and a Gothic palace - the Quinta da Regaleira is like stepping right into a fairytale. The estate is located near the historic centre of Sintra, the city near Lisbon in Portugal where even the description "overflowing with castles" may just be the understatement of the century. Along with all the castles and palaces also come a bunch of wonderful parks - and the Quinta da Regaleira certainly is the most enchanting of them. 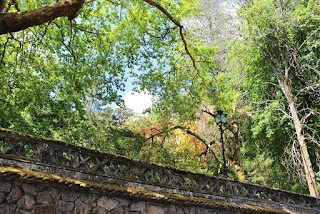 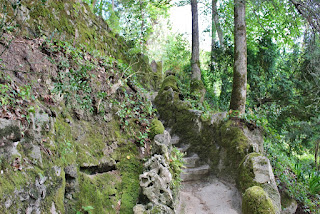 The land that is now the Quinta da Regaleira had many different owners over the years. The man who gave the park its current fantastic appearance was António Augusto de Carvalho Monteiro, an entomologist born to Portuguese parents in Rio de Janeiro, who had inherited a huge family fortune, which he enlarged in Brazil by selling coffee and precious stones. He returned to Portugal, earned a law degree and became a well-known collector and bibliophile. In 1892, he bought the estate belonging to the Viscountess of Regaleira, a descendant of wealthy merchants from Porto, for 25,000 réis. 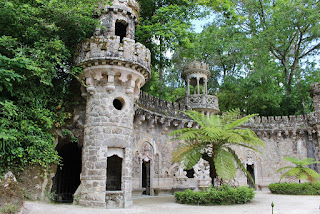 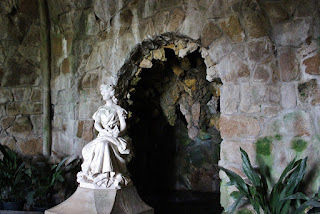 Carvalho Monteiro wished to create a bewildering place where he could collect symbols that reflected his interests, ideologies and ideas. With the help of Italian architect Luigi Manini, he recreated the four-hectare estate into a magnificent park featuring lakes, grottoes, wells, benches, fountains and everything you need to turn it into an enchanting wonderland. The gardens of the Quinta da Regaleira were styled to represent ancient secret orders, with hidden tunnels and concealed symbolism referencing alchemy, Masonry, the Knights Templar and the Rosicrucians. While the construction of the current estate commenced in 1904, much of it was already completed six years later by 1910. 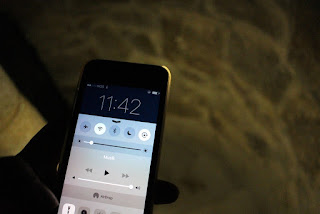 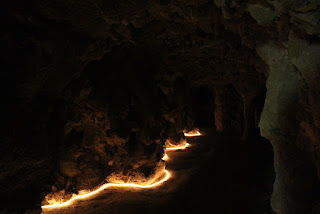 Beneath the actual park - which includes neatly arranged woods in the lower parts of the estate, but are left wild and disorganised in the upper parts - lies an extensive system of tunnels connecting different structures of the park (and where the light on your mobile phone comes in quite handy). The most famous of them may just be the "Initiation Wells". Despite their name, the wells were never actually used as water sources but instead served a role for ceremonial purposes that included Tarot initiation rites. Of the two wells, which are more like towers build into the ground, the larger one contains a 27-meter spiral staircase with several small landings. The spacing of these landings, combined with the number of steps in the stairs, are consequently linked to Tarot mysticism. The bigger well contains nine platforms, which are said to be “reminiscent of the Divine Comedy by Dante and the nine circles of Hell, the nine sections of Purgatory and the nine skies which constitute Paradise.” 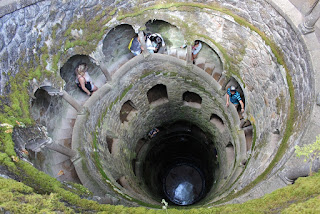 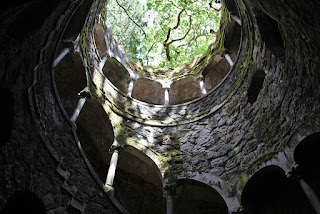 Other structures in the park include an alley with statues of classical gods like Fortune, Orpheus, Venus, Flora, Ceres, Pan, Dionysus, Vulcan and Hermes; the "Portal of the Guardians", a building composed of twin towers flanking a central pavilion under which is hidden one of the underground ways to the "Initiation Well", several fountains and other water structures. A chapel is also located on the grounds, as is a palace, which we will cover in another post here on Castleholic. 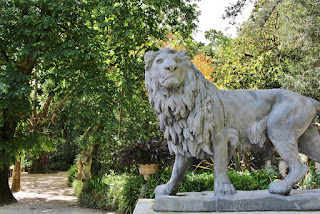 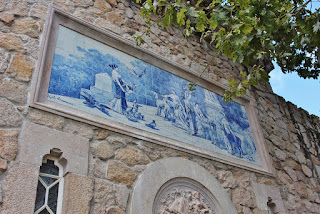 António Augusto de Carvalho Monteiro died in 1920. In 1942, the estate was sold in 1942  to Waldemar d'Orey, who used it as private residence for his extensive family and ordered repairs and restoration works for the property. In 1987, the estate was sold once again, to the Japanese Aoki Corporation and ceased to serve as a residence. The Aoki Corporation kept the estate closed to the public for ten years, until it was acquired by the city of Sintra in 1997. Both the estate and the palace are now open to the public and a must-see in palace-rich Sintra because my pictures really don't do it justice!

Good to know:
The Quinta da Regaleira including its palace is open from April 1 to September 30, from 9.30am to 8pm, and from October 1 to March 31, from 9.30am to 6pm. The last entrance into the park is one hour earlier. Admission per adult is 6 euros. For more information, have a look here.
Carvalho Monteiro Lisbon Region Open Park Portugal