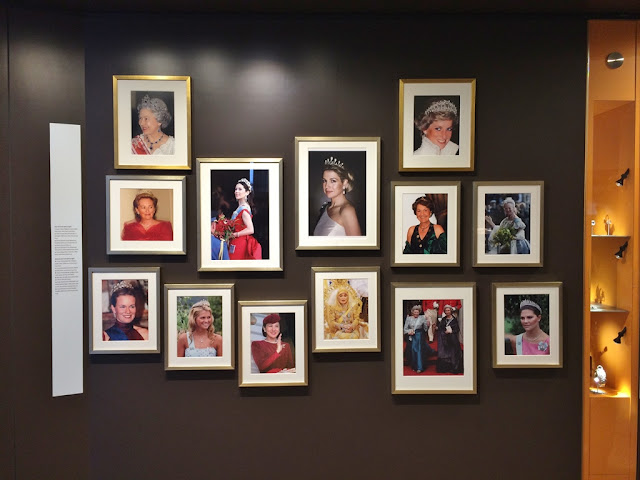 What to do on a rainy, stormy and cold November Sunday in Amsterdam? The possibilities are plentiful yet my splendorous heart couldn't pass up the chance to see some sparkle up-close. (Cause let's face it, a museum that has a wall of pictures of royal ladies in their finest is likely to be a good museum.) And so I headed to the Diamond Museum at the Museumplein of the Dutch capital. The Diamant Museum was founded in 2007 by Ben Meier of Coster Diamonds. In addition to telling the journey of diamonds from 200 kilometres below the surface of the earth’s crust to the engagement rings and medical equipment of this world, you also get to see some pretty amazing replicas of royal tiaras. 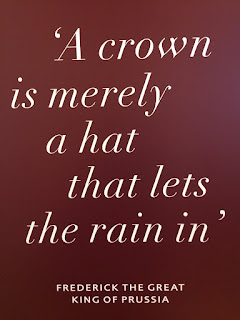 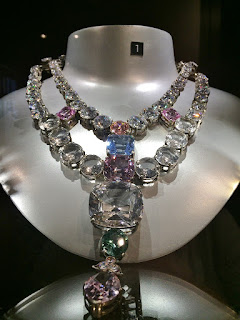 Frederick might think that "a crown is merely a hat that lets the rain in" but they are pretty things to look at, aren't they? Let's start with a necklace though: The central diamond, of 135.92 carats, in this state necklace that once belonged to the Maharaja of Nawanagar, is the Queen of Holland. It was given this name to honour of the 25-year throne jubilee of Queen Wilhelmina of the Netherlands. In addition, rose, green, blue and white diamonds are incorporated in the necklace. Cartier, who created the necklace, described it as "the truly suberb achievement of a connousseur's dream". The one in the picture is a replica. 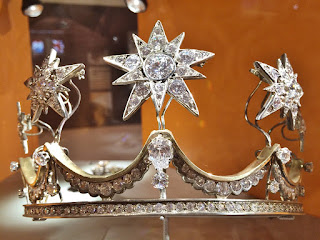 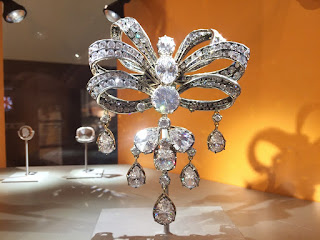 The tiara on the left will be a familiar one to you if you are a follower of the Dutch royal family. It is a replica of the tiara worn by Queen Máxima for her wedding to King Willem-Alexander, then the Prince of Orange, in 2002. The tiara was originally commissioned by Queen Emma. On the left is a devant de corsage brooch made by German jeweller Schürmann on the occasion of the investiture of Queen Wilhelmina. 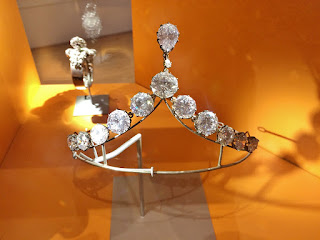 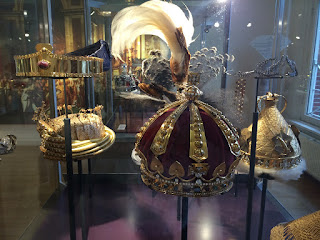 On the left is another tiara made for Queen Wilhelmina. In 1889, Amsterdam diamond broker Vita Israels furnished King Willem III with a diamond necklace and a pair of earrings for the sum of 115,000 guiders. It was a gift for the ninth birthday of his daughter, the future Queen Wilhelmina. The ornament can be dismantled in various ways and worn as a tiara for example. On the right are variations of crowns for different points in time from around the world. 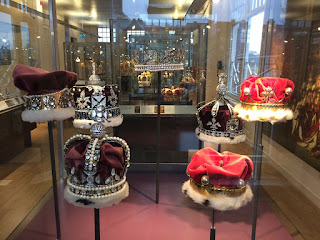 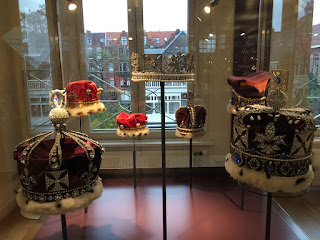 The two pictures above show replicas of various crowns of the British royal family including the Imperial State Crown as well as the George IV State Diadem. The Windsors are actually the only royal family in Europe that still wear their crowns for ceremonial purposes. 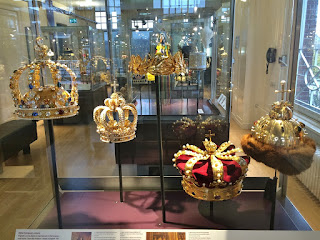 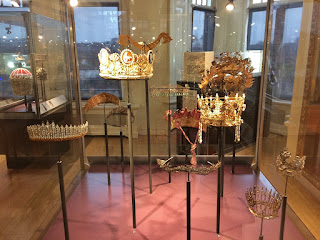 Above of the left are a variation of other European crowns. Some of them may still be present for official ceremonies, however, nobody but the Windsors still wear their crowns for official events. On the left are a few additional replicas of royal tiaras, including the British Queen Mary's Fringe Tiara and the Cameo Tiara from Sweden. 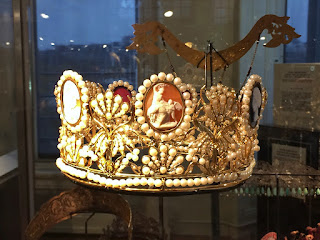 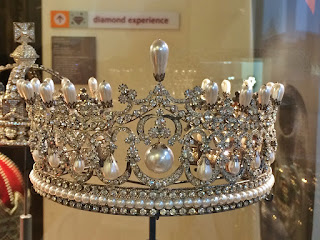 On the left: The Swedish Cameo Tiara, most famously worn by both Queen Silvia and Crown Princess Victoria for their respective weddings yet sadly not seen since the latter's ones. (And just when I started to like it...) On the right: The replica of a lost whopper of a diamond tiara once owned by the last Tsarina of all the Russia, Alexandra Feodorovna.

Good to know:
The Diamond Museum is open from 9am to 5pm every day of the year, apparently. Admission per adult is 10 euros. For more information, have a look here.
Amsterdam The Netherlands