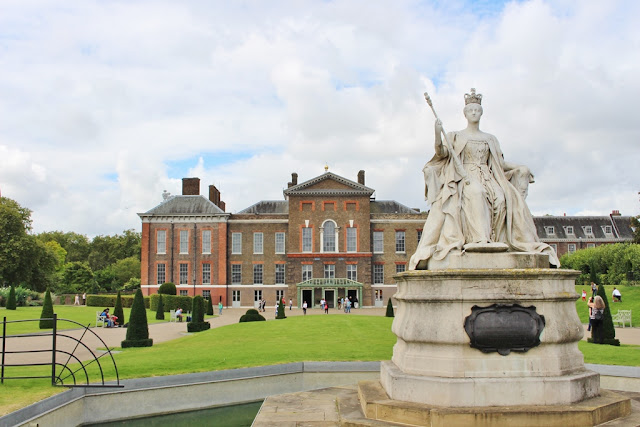 While probably best known today as the home of some very prominent members of the British Royal Family, including the Duke and Duchess of Cambridge as well as Prince Harry, Kensington Palace is also rich with royal history - and some parts are even open to the general public. The history of one of the homes of the Windsor family goes all the way back to King William III and Queen Mary II. Coming to the throne as joint monarchs in 1689, the couple soon looked for a residence away from the River Thames to help with William's fragile health. They found it in Nottingham House, a two-story Jacobean mansion built by Sir George Coppin in 1605 and at the time owned by Daniel Finch, 2nd Earl of Nottingham.

They commissioned Sir Christopher Wren to carry out extensions of the house to provide accommodation for the royal household. To save time and money, four three-story pavilions were added at each of the house's corners. The royal court took residence in the palace shortly before Christmas 1689, and for the next seventy years, Kensington Palace was the favoured residence of British monarchs. 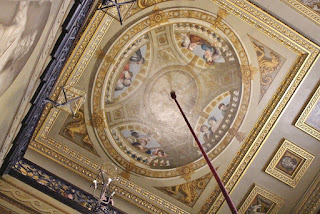 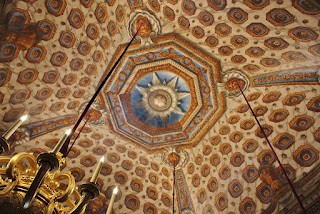 After William III's death, the palace became the residence of Queen Anne. The most lasting change she made were to the gardens. She also commissioned the Hawksmoor designed Orangery, modified by John Vanbrugh, that was built for her in 1704. Otherwise she mainly continued the ideas introduced by William and Mary. Kensington Palace was also the setting of the final argument between Sarah, Duchess of Marlborough - who you may recall from Blenheim Palace - and Queen Anne. 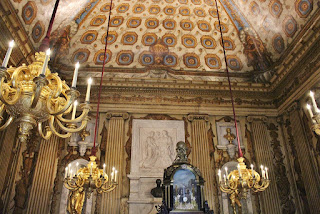 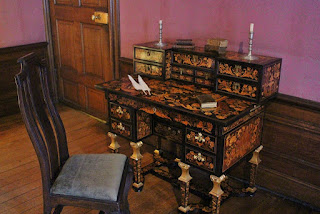 When Anne died without any surviving children despite seventeen pregnancies in 1714, her Hanoverian cousins inherited the British crown based on the Act of Settlement. The first of them was King George I, who spent lavishly on the apartments creating three new state rooms as well as the King's Grand Staircase. King George I also enlarged the palace with the addition of an apartment, built on the north-west side, to house his mistress, Melusine von der Schulenburg.

The last reigning monarch to use Kensington Palace was George I's successor, King George II. He, however, did not undertake any major changes changes to the palace's structure and left the running of the palace to his wife Queen Caroline. She commissioned Charles Bridgeman to draw up new plans for Kensington Gardens with many prominent features remaining to this day. After the death of his wife, George II neglected many rooms and the palace started to fall into disrepair. He died there in 1740. 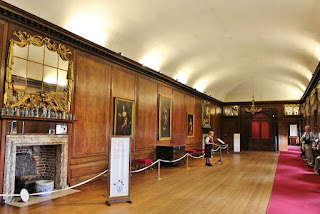 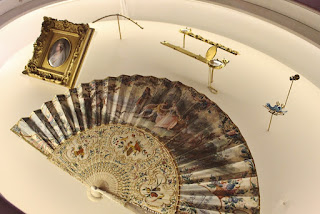 King George III, his successor, prefered other royal residences over Kensington Palace, which was then used by minor royalty. His sixth son, the Duke of Sussex, made one of the apartments his home and he amassed a stunning book collection which filled no less than ten rooms. One of the other children of King George III to be given rooms at Kensington Palace was his fourth son, the Duke of Kent and Strathearn, who is most famous for his daughter. 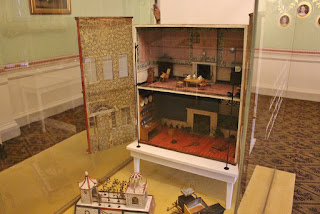 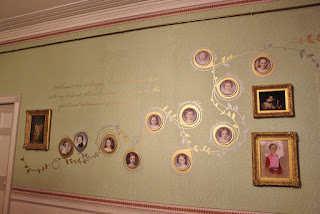 His niece, Princess Charlotte of Wales, was the only legitimate grandchild of King George III and thus the only one able to inherit the throne. When she died in childbirth, the other sons of George III started a manic search for possible wives. The Duke of Kent found his wife in Princess Victoria of Saxe-Coburg-Saalfeld. Their only child, a certain Princess Alexandrina Victoria, was born at Kensington Palace on May 24, 1819. She, of course, would grow up to become Queen Victoria.

And to Queen Victoria most of the exhibitions at Kensington Palace today are dedicated. After all, she spent her childhood at the palace. It weren't joyous times though. Victoria suffered heavily under what was known as the "Kensington System". The Duke of Kent had died a few months after the birth of his daughter and his widow, as well as her advisor Sir John Conroy, set up a strict and elaborate set of rules governing Victoria's every day. 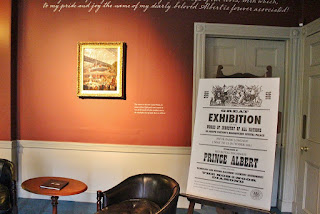 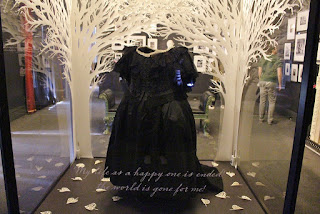 In 1837, at the tender age of 18, Victoria was woken up at Kensington Palace to be told that her uncle, King William IV, had died and that she was now the Queen. She soon dropped her first name and moved her residence to another famous London royal residence, Buckingham Palace. During the following decades several minor royals lived at Kensington Palace. As a result of the number of royal relatives residing there during the 1920s and 1930s, King Edward VIII called the palace "the aunt heap". 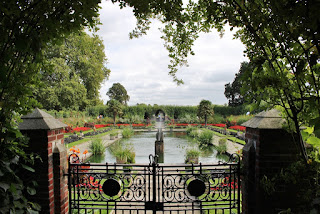 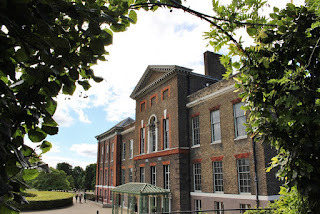 These days royal residents of Kensington Palace include the Duke and Duchess of Cambridge, Prince Harry, the Duke of Kent, Prince and Princess Michael of Kent as well as the Duke and Duchess of Gloucester, which goes to show that the place is larger than you expect from the outside. The state rooms are open to the general public with four different exhibitions, including "Fasion Rules Restyled". Truth be told though, while I did enjoy visiting, I had somehow imagined Kensington Palace to be grander from the inside.

Good to know:
Kensington Palace is open seven days a week all year round, except December 24 to 26. Opening time during the summer (March 1 to October 31) are 10am to 6pm. In winter they close two hours eariler. Admission is 18 pounds per adult. For more information, have a look here.
London Open United Kingdom Windsor