Hertford House and the Wallace Collection 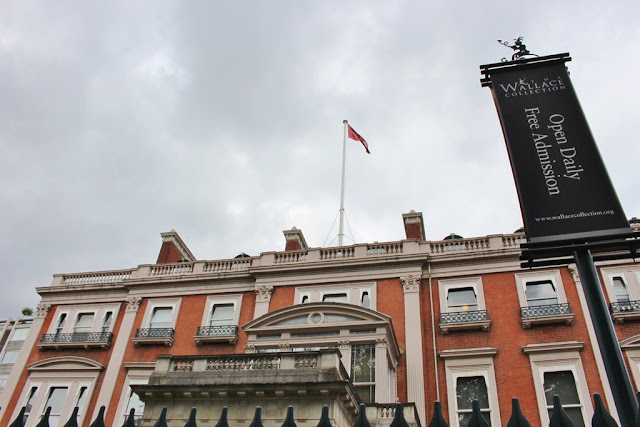 Wallace Collection - or the one where I thought I had died and gone to heaven. First up: Not a single one of my pictures capture the stunning beauty that is the interior of Hertford House in London's Manchester Square. Going there should be a mandatory thing for every art- and (old) architecture loving visitor to the British capital. Seriously. 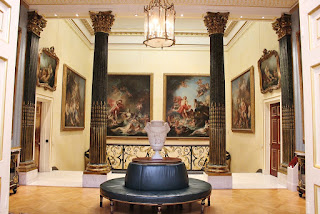 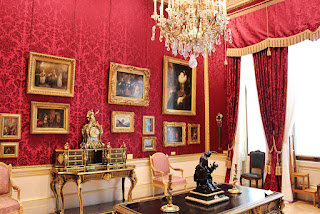 Hertford House if the former townhouse of the Seymour family, who were the Marquesses of Hertford. However, it's history didn't start out with the family whose most prominent member was Lady Jane Seymour, Queen of England and third wife of King Henry VIII. (You know, the one who died of natural causes in "Divorced, beheaded and died. Divorced, beheaded, survived.") Formerly known as Manchester House, it was built between 1776 and 1788 for the 4th Duke of Manchester because there was a good duck shooting nearby. 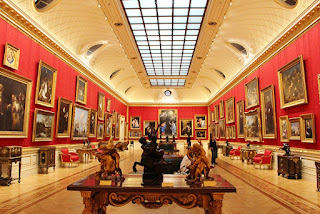 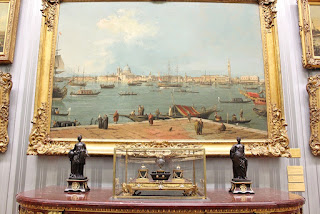 After it was used as the Spanish embassy for a few years time, the 2nd Marquess of Hertford acquired the lease of the house and made it his London residence in 1797. One of the most famous gatherings ever taking place at the future Hertford House was the Allied Sovereigns’ Ball held after the defeat of Napoleon in 1814. While already laying the foundation for today's famous art collection, neither the 3rd and 4th Marquesses of Hertford had the House as their primary residence and so it was used as the French embassy between 1836 and 1851. 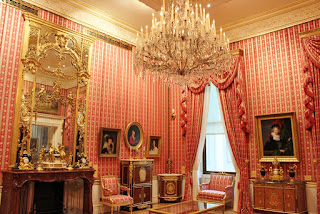 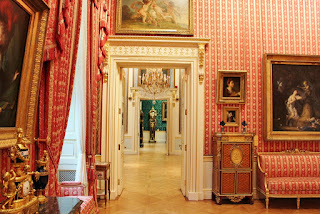 The 4th Marquess, Richard Seymour-Conway, died without legitimate children in 1870 and left the House as well as his art collection to his illegitimate son, Sir Richard Wallace. It was Wallace who redeveloped the house, creating a range of galleries on the first floor laying the foundation stones of today's museuzm. He died in 1890 leaving his inheritance to his wife. When she died seven years later, she bequeated her husband's stunning art collection and great London house to the British nation. 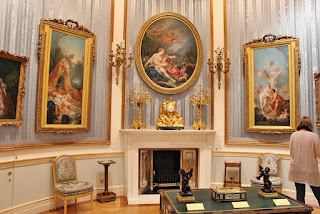 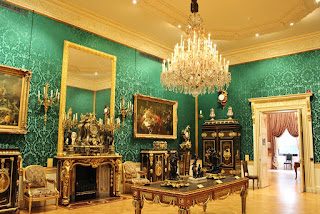 A condition of Lady Wallace's will stipulates that no object should ever leave the collection, even for loan exhibitions meaning that all the more than 5000 fabulous pieces of art can only ever be viewed at Hertford House. The Wallace Collection is famous for a wide range of fine and decorative arts from the 15th to the 19th centuries with large holdings of French 18th century paintings, furniture, arms and armour, porcelain and Old Master paintings arranged into some 25 galleries, one more beautiful than the other.

Good to know:
The Wallace Collection is open daily between 10am and 5pm apart from December 24 to December 26. Admission is free. For more information, have a look here.
London Montagu Open Seymour United Kingdom Wallace