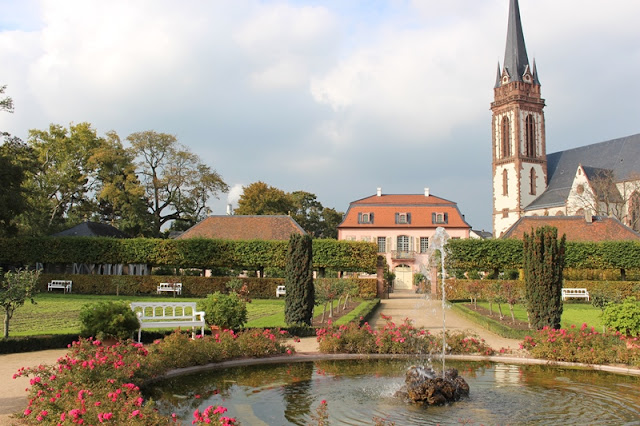 The Prinz-Georg-Palais in Darmstadt was built at the behest of Landgrave Ernst Ludwig of Hesse-Darmstadt around the year 1710. The plans for it were likely drawn up by architect Louis Remy de la Fosse, who also built Darmstadt's residence palace. Together with a lovely garden, the Prinz-Georg-Garten, this small palace forms a Rococo-style composition and is located not far from the Residenzschloss. Both the Palais and the garden take their name from Prince Georg Wilhelm, a grandson of the aforementioned builder, who used it as a summer residence between 1764 and 1782. 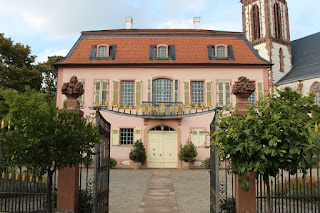 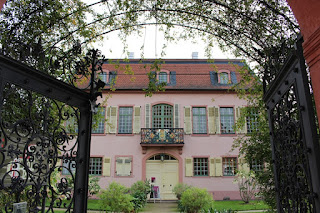 These days the Prinz-Georg-Palais is also often called Porzellanschlösschen (porcellain palace) based on the fact that it has been housing the porcellain collection of the Grand Dukes of Hesse for more than 100 years, since 1908. The museum was thus already opened prior to the end of the monarchy in what today is Germany. Already since 1899, the building hadn't been in royal use per se but was instead occupied by the members of the Darmstadt Artists' Colony, a Jugendstil artists group. As the building was heavily damaged during the Second World War and the collections had been evacuated, the museum was reopened in 1951 and remains so ever since.


Good to know:
The Prinz-Georg-Palais is the home of the Grand Ducal Hessian Porcelain Collection. The museum is open between April 1 and October 31, Friday to Sunday from 10am to 5pm. Regular admission is 4 euros. More information here.