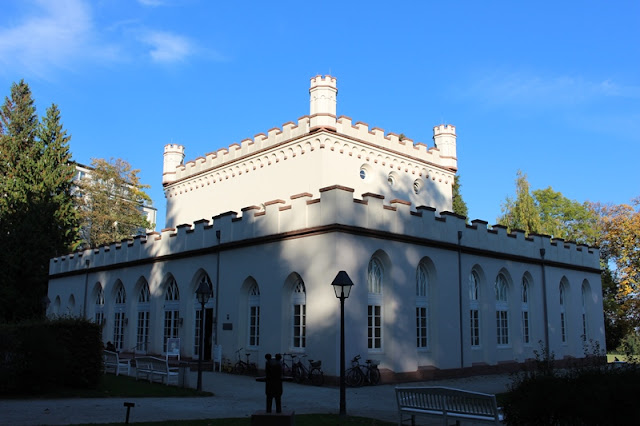 A hunting lodge that never was but instead, later, a disco - that's the Gotisches Haus in Bad Homburg for you. Located on the outskirts of the city, it is connected via a park system, which partly is no more, with Schloss Bad Homburg. The Gotisches Haus (literally Gothic House) was built at the behest of Landgravine Elizabeth of Hesse-Homburg, a daughter of King George III of Great Britain and Ireland, as a gift for her husband, Landgrave Friedrich III, in Neo-Gothic style.

Construction of the Gotisches Haus started on April 17, 1823, the day the first stone was laid. While the architect isn't known for certain, some believe that the plans for the hunting lodge to be used for festivities and trips were drawn up by Jeffry Wyatville, an English architect mainly remembered for making alterations and extensions to Chatsworth House and Windsor Castle. The construction works were overseen by Georg Moller. 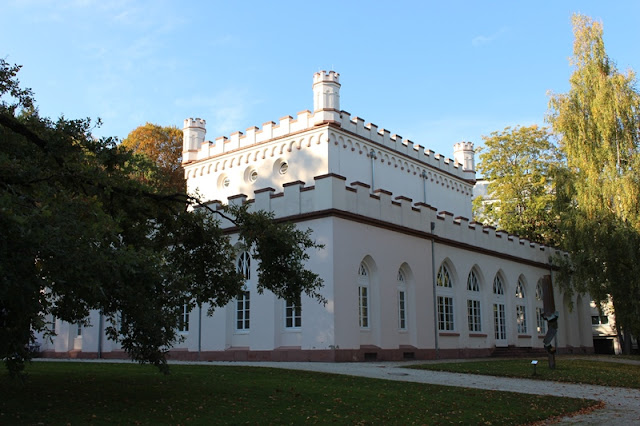 However, the works on the Gotisches Haus abruptly stopped at the order of Landgravine Elizabeth after a fatal accident: On November 9, 1823, a scaffold crashed down and buried eight workers. One of them was fatally injured and died soon after. As the Hesse-Homburg family never used the hunting lodge thereafter, it came into the possession of the local forest administration in 1860. They used some of the rooms while others could be toured and rented for events.

In 1866 after the end of the Austro-Prussian War, Bad Homburg became a part of Prussia. Subsequently, some of the rooms were reserved for the use of the Prussian royal family who occasionally spent time in Bad Homburg. Kaiser Wilhelm II later sold the Gotisches Haus to a local innkeeper who turned it into a café and hotel. At the time, the Kaiser planned to put the building under monument protection though for unknown reasons, the plan was never carried out. And so the new owner had a subceiling installed changing the interior of the building dramatically.
While for many years the Gotisches Haus was a popular weekend destination for the people of Bad Homburg, the slow demise of the building started after the Second World War mainly due to many changes in possession. At one point the former intended hunting lodge even housed a disco by the name of Ponderosa Saloon. In 1968, the then-owner, the Obertaunuskreis district, sold the building to a Frankfurt-based speculator in real estate, and over the following years, it fell into despair.

Practically at the last minute, in 1977, the Gotisches Haus was finally put under monument protection. Three years later the speculator in real estate went bankrupt and the Gotisches Haus came into the possession of an estate management company. In 1981, extensive renovation works finally started and since 1985, the Haus houses the city archives of Bad Homburg as well as the town's historico-cultural museum.

Good to know:
The Gotisches Haus is open to visitors Tuesdays to Saturdays between 2pm and 5pm as well as on Sun- and holidays between 10am to 6pm. Admission per adult is 2 euros. For more information, have a look here.
Germany Hesse (family) Hesse (state) Hochtaunuskreis Hohenzollern Prussia