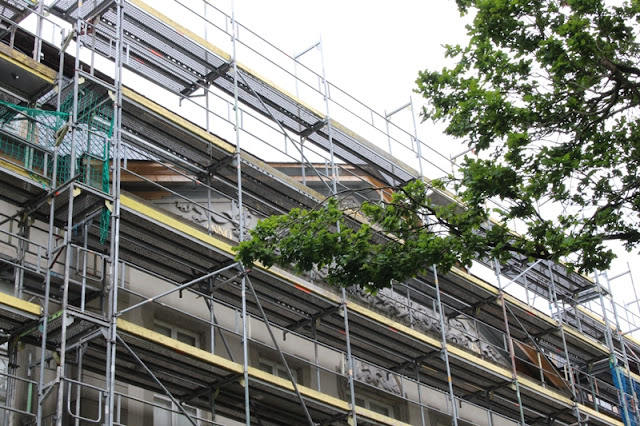 We all know the beautiful castles, the well-kept ones. But sadly that is not always the case. Today's is the tale of a castle of a noble family who couldn't afford to pay for the upkeep of their family's home for centuries. But, on the bright side, it is also the tale of people doing something against the demise of said castle, Schloss Wrisbergholzen near Hanover. 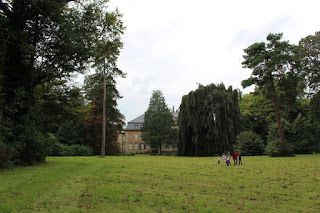 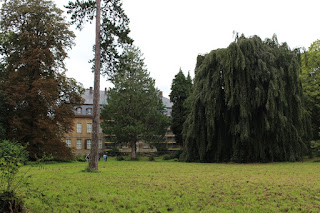 The Schloss owes its existence to Baron Rudolph Johann of Wrisberg, at the time president of the highest court of the Electorate of Brunswick-Lüneburg (the future Kingdom of Hanover), and his wife née Christina Henriette von Schlitz genannt von Görtz. While the Baroque castle itself was built between 1740 and 1745, the area it was built on had been owned by the Wrisberg family since the year 1403. However, it is believed that none of the original development was intigrated into the new castle but instead started from scratch. 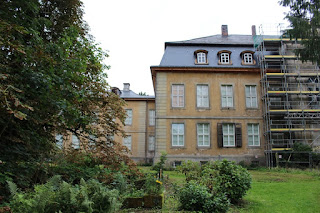 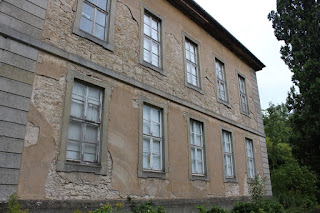 Baron Rudolph Johann commissioned the brothers Bütemeister from Moringen to carry out the works on the castle featuring a large, two-storied central section plus two additional smaller wings forming a closed courtyard together with a number of adjacent farm buildings. With Rudolph Johann's death in 1764, the Wrisberg family died out in male line and the properties were inherited via his brother's daughter by the baronial Görtz family. In 1817, they were made Counts von Schlitz genannt von Görtz und von Wrisberg. (Yes, German nobles seem to have loved themselves some long names!) 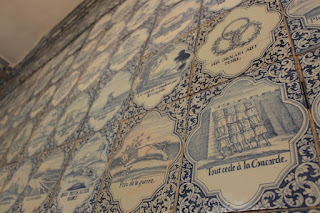 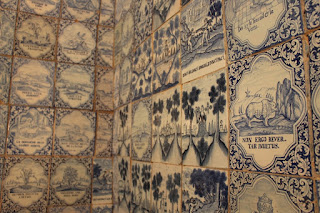 The most famous feature of Schloss Wrisbergholzen is the faience room featuring some 800 tiles made in the neighbouring faience manufacture also owned by the Görtz-Wrisberg family. Also founded by the castle's builder Rudolph Johann, the factory operated for 99 years from 1736 to 1835 in Wrisbergholzen. At the time, the tin-glazed pottery went out of fashion in favour of cheap porcellain. To this day, however, the faience room still stands witness to the skillful work produced about two and a half centuries ago by the people of the village of Wrisbergholzen. Of the 800 tiles adorning the room, 680 are so-called emblem tiles. All of them individuals featuring a small painting - with inspiration often taken from the books in the castle's library - and a saying in French, Italian or Latin. 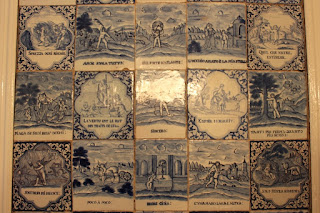 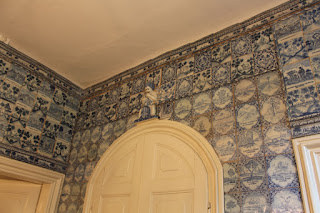 The faience room is also the only room you are allowed to visit these days. During the Second World War Schloss Wrisbergholzen was partly seized by the Nazis and given back after the war. At the time, many noble families from the Eastern parts of Germany called it their home but at the same time the wealth of the Görtz-Wrisberg family crumbled. Thus it became increasingly difficult for the head of the family, Count Georg Heinrich, to pay for the necessary renovation works. It also didn't help that when they did buy a new roof for the castle, the roofer somehow thought it was a good idea to use non-rust-proof nails and so the tile started to fall down after a few years. 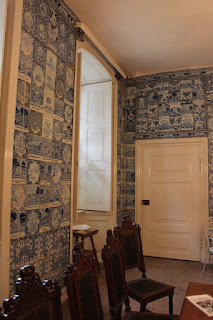 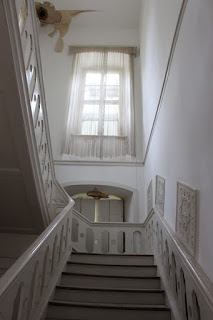 In 1986, Count Georg Heinrich von Schlitz genannt von Görtz und von Wrisberg died childless and his wife Eleonora became the owner of Schloss Wrisbergholzen. (According to my guide "she doesn't have children but she has heirs.") Already during the early 1980's, an association was founded by a few families from Hanover, some of whom worked in monument conservation, to save the neighbouring faience manufacture. After a few years, they also started to help out with the castle and its surroundings. With the help of donations and funding by different other organisations, the "Association for the Preservation of Historical Buildings in Wrisbergholzen" has managed to fully renovate the castle's orangery (seen below of the right) and is currently restoring the Schloss's facade. 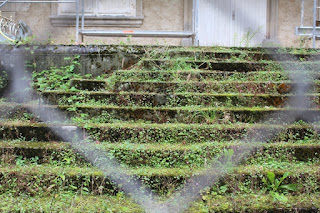 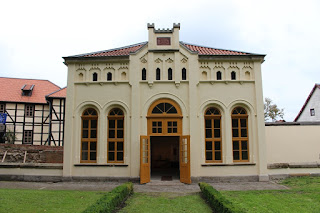 Good to know:
Schloss Wrisbergholzen isn't generally open to the public. However, about four times a year, including the Tag des offenen Denkmals, the Association for the Preservation of Historical Buildings in Wrisbergholzen gives tours of the castle's garden and the faience room - as other rooms are not currently visitable - as well as the faience manufacture. Admission is for free but donation can be made. For more information, have a look here.
Closed Germany Görtz Lower Saxony Schlitz Wrisberg