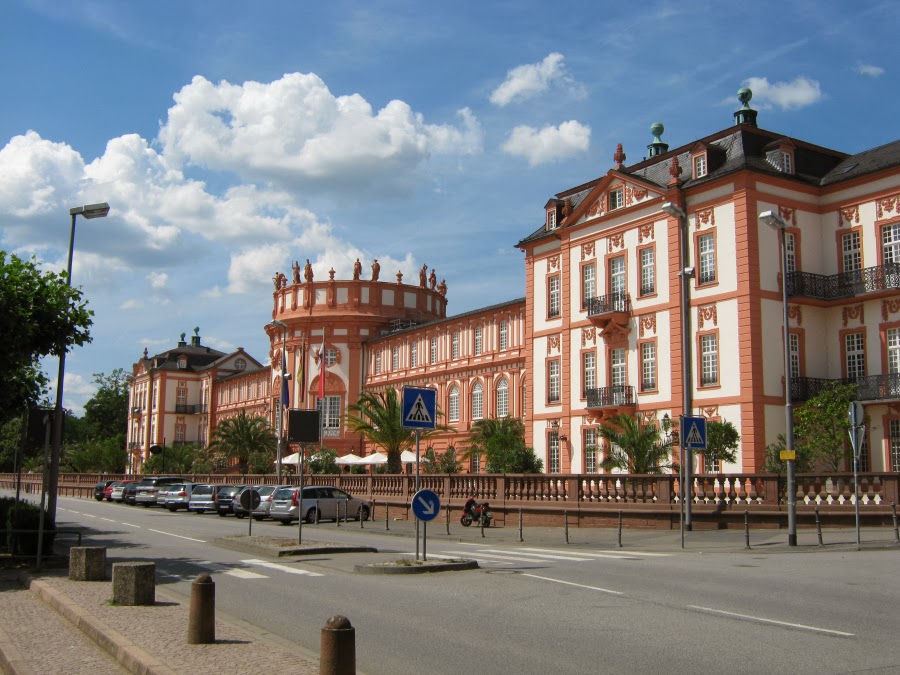 Schloss Biebrich, or Biebrich Palace, owes its existence to Count Georg August Samuel of Nassau-Idstein. Upon raising to the rank of a Prince in 1688, he decided to expand his domestic situation to better reflect his new status. He wished for a more impressive residence than the one he owned in Idstein. He first moved to Wiesbaden and later to Biebrich, where construction of a new palace started in 1701. Prince Georg August Samuel had already purchased the parcel of land on the Rhine river five years earlier but only built a pavilion there originally.

The palace was completed in 1702 according to plans of Julius Ludwig Rothweil, although a second structure, identical to the first, was added in 1706. The first part of the palace, known as the West Pavilion, became the home of Georg August Samuel, while the eastern part was reserved for his wife née Princess Henriette Dorothea of Oettingen-Oettingen. In 1707, Baroque architect Johann Maximilian von Welsch linked the two pavilions with a gallery and built a circular ballroom in the exact centre. The Rotunda was completed in 1721, giving Schloss Biebrich its distinctive appearance. 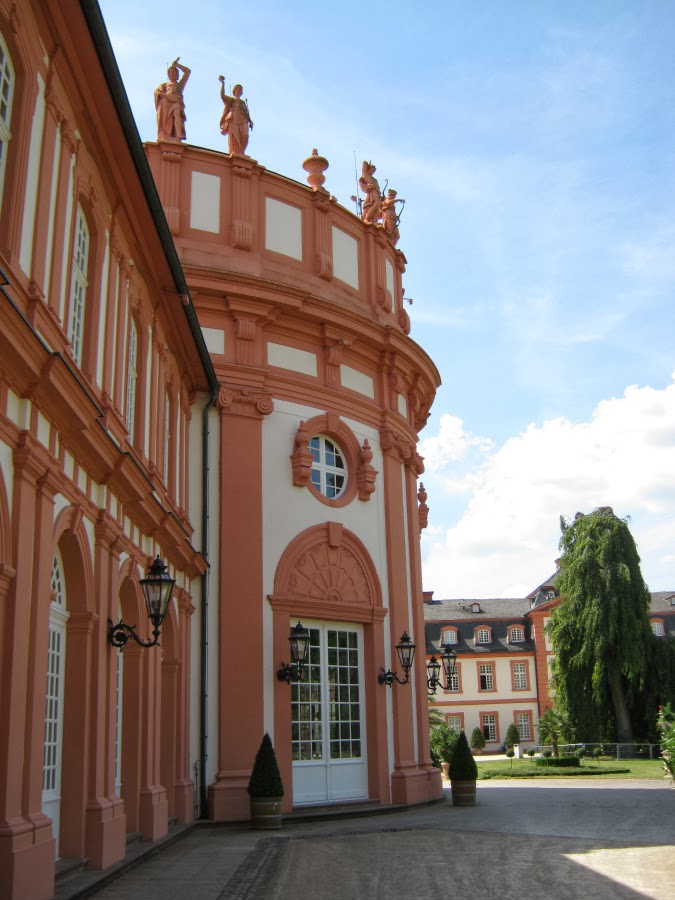 Although Georg August Samuel and Henriette Dorothea had twelve children, their three sons all died in childhood. When the Prince passed away in 1721, the House of Nassau-Idstein became extinguished and the palace came into the possession of the Usingen branch of the Nassau family.

The new owner, Prince Karl of Nassau-Usingen, chose Schloss Biebrich as his primary residence, and in 1734, commissioned architect Friedrich Joachim Michael Stengel to add two more wings to the palace. The main construction ended around 1750, however, changes to the gardens were made about half a century later: At the request of Duke Wilhelm of Nassau, they were designed by landscape architect Friedrich Ludwig von Sckell in 1817. 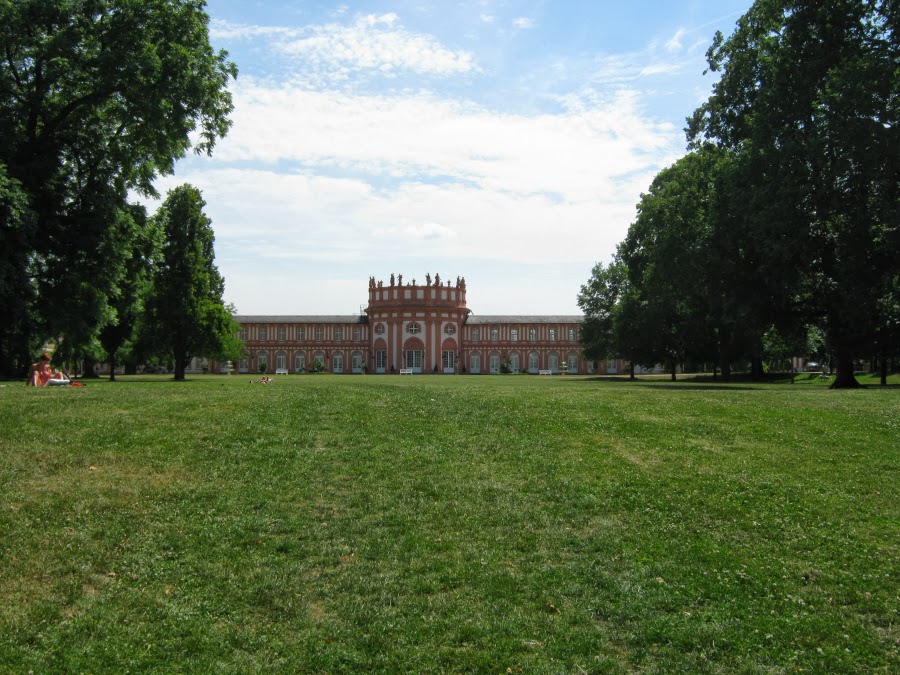 Schloss Biebrich remained the primary residence of the Dukes of Nassau until the construction of the Stadtschloss in nearby Wiesbaden. The palace subsequently became the summer residence of the Nassau-Usingen and Nassau-Weilberg dukes. In 1866, the Duchy of Nassau was annexed by Prussia and the ducal family left their country for Austria, though they remained the owners of Schloss Biebrich. In 1890, Duke Adolph of Nassau became Grand Duke of Luxembourg and the Grand Ducal Family held on to the palace in Biebrich until 1935, when Grand Duchess Charlotte of Luxembourg, granddaughter of the last reigning Duke of Nassau, sold the palace to the state of Prussia.

Schloss Biebrich suffered damage during World War II and then fell into disrepair for several decades. The palace was not restored until the early 1980's. At that time, the State of Hesse took over renovations and made Biebrich Palace the current home of Hesse’s historic preservation agency. It is also occasionally used as a venue, but remains closed to the general public. A visit to the park, however, is very much worth it as you can still get up-close to the palace without going inside.

Good to know:
While the palace itself is not open to the general public, the park surrounding Schloss Biebrich is. The rooms within the palace itself may be rented for conferences or other events.
Closed Germany Hesse (state) Nassau Park Reconstructed Wiesbaden