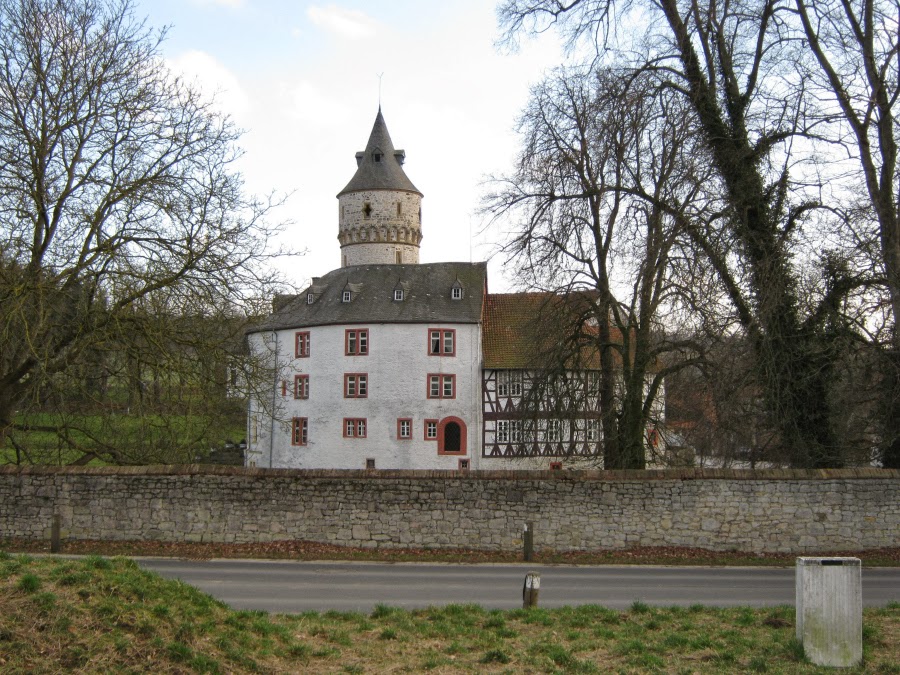 Why look so far afield when there is so much close at hand? While I have been to this particular castle and its surroundings about a gazillion times, I often tend to forget that it is indeed a castle and a lovely one at that. Formerly known as the home of the Baron of Tennis as he was nicknamed in Germany, two-time French Open champion and three-time Wimbledon runner-up Gottfried von Cramm, Schloss Oelber is now - at least in my family and circle of friends - best known for its fabulous Christmas market taking place every December.

Located in a small village called Oelber am weißen Wege pretty much half way between the Lower Saxon cities of Wolfenbüttel and Hildesheim, the Schloss is owned by the baronial family of Cramm and has been since that last decade of the 13th century though they only became sole owners in 1766. Today's castle complex is based on the foundations of a 12th century moated castle which was firstly mentioned in 1274 when the noble family of Meinersen sold it as well as an attached estate to the Krebs family.

About twenty years later, the Cramm family, who are mentioned as owners both in documents dating to the years 1296 and 1299, came into play though for about the next 500 years, they shared ownership with other noble family such as the Steinbergs and Bortfelds. Even ownership within the family was divided at times and thus divisions of the castle into different parts inhabited by different branches of the family took place. Even though the Bortfeld family died out in male line in 1686, the Cramms only became sole owners in 1766 with all details of ownership conclusively regulated five years later. Schloss Oelber and the Cramm family even have a royal link: In 1909, the parents of the Queen Juliana of the Netherlands's husband Prince Bernhard of Lippe-Biesterfeld, Armgard of Cramm and Prince Bernhard of Lippe-Biesterfeld, married there. 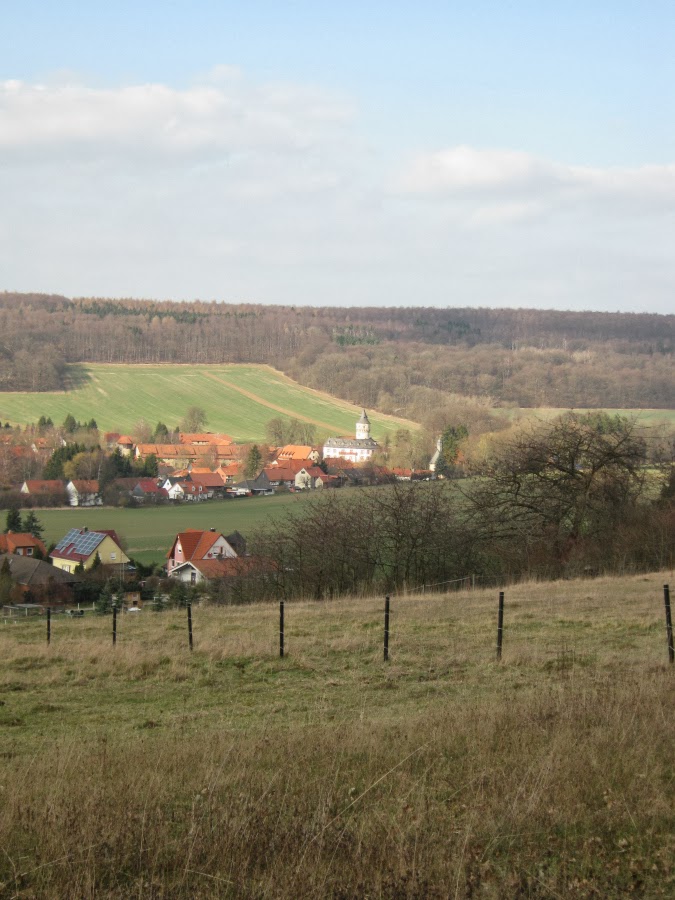 Already around 1580 Schloss Oelber received major parts of its current appearance when Burghard VI of Cramm gave the castle a Renaissance-style makeover based on the model of the Marburger Schloss. Also around that time the castle moat was replenished. Another few changes were made to the castle during the 19th century when the eastern wing was remodelled and the stair tower was enlarged to create the illusion of a castle keep.

Today's castle is situated around an inner courtyard which is surrounded by three-storey buildings with a small gap site which is filled with a simple wall. Parts of the Schloss feature a typical Lower Saxon timber-framed facade. The entrance to the courtyard lies on the southern side of the round building. In addition to the main castle, there is a Renaissance-style Vorburg (literally fore-castle) located next to it. Above the Schloss a little further up the hill lies the family's private cemetery. 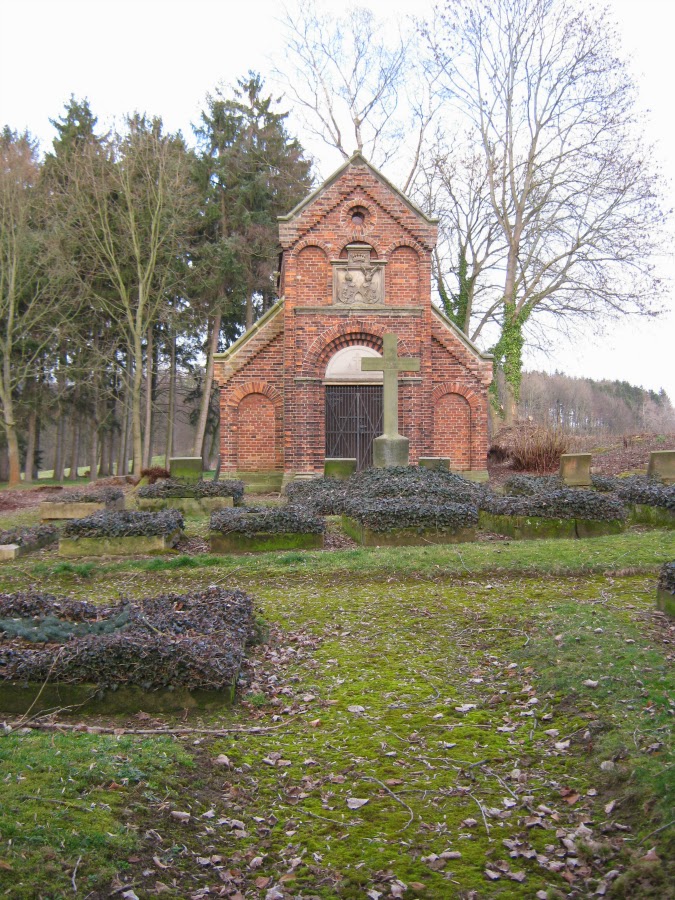 The baronial family of Cramm, whose members were knights and varlets during medieval times and later became ministry officials and stewards of the Guelph family, owns a number of castles and large estates in the area surrounding Oelber am weißen Wege - That would be Oelber "on the white way" in English due to a historical lime transport route leading through the village. - which were divided amongst the branches of the family after World War II for fear of dispossessions also happening in the Western occupation zones. Since 1974, Schloss Oelber is owned by Baron Egbert of Cramm who had extensive renovation works carried out and about twenty years later, he and his family moved back into the castle. Around the same time, the owner's wife née Countess Helena of Wolff-Metternich started to organise different kinds of events at the castle such as the much-beloved Christmas market mentioned above. (To see her, some of the couple's children as well as the insides of the castle, have a look at this video.)

Good to know:
Schloss Oelber is private property and cannot be toured. There are, however, a bunch of events each years such as a knights festival in summer or the Christmas market in December that also give you access to have a closer look at the castle from the outside. For more information on events and such, have a look here.
Bortfeld Closed Cramm Germany Krebs Lower Saxony Meinersen Steinberg Wolfenbüttel