Special Exhibition: "Catherine, the Greatest - Self-Polished Diamond of the Hermitage" 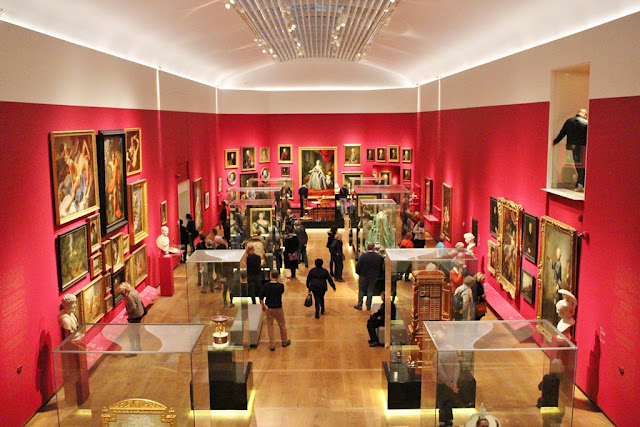 Some of you may have noticed from Instagram or Twitter that I was in Amsterdam this past weekend. In the Dutch capital I met up with a few fellow royal watchers and together we went to the Hermitage Amsterdam to see the exhibition "Catherine, the Greatest - Self-polished Diamond of the Hermitage". In 2009, a Dutch branch of the famous museum of St. Petersberg was opened and naturally it often showcases the treasures of one of the oldest and largest museums in the world.

As the name suggests, "Catherine, the Greatest - Self-polished Diamond of the Hermitage" focuses on the life and work of the woman who founded the Hermitage Museum in St. Petersberg in 1764. Born a Princess of Anhalt-Zerbst, Catherine became Empress of All the Russias two years prior following a coup d'état during which her husband, Peter III, was assassinated. The Imperial Crown of Russia, which was made for Catherine II's coronation, is the centre piece of the exhibition and no matter how grand it looks, it is actually a small replica made by Fabergé in 1900. 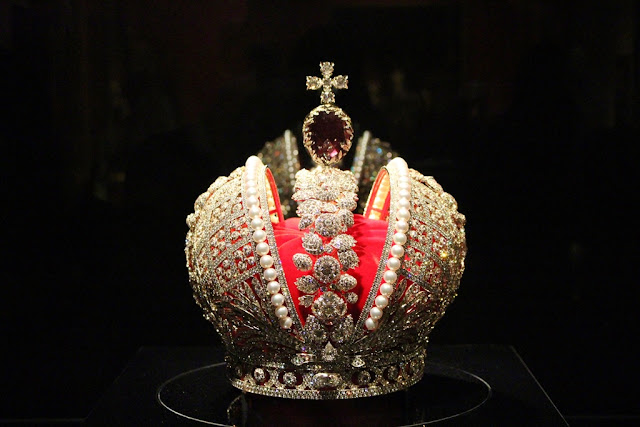 The original, which is on display at the Kremlin in Moscow, features no less than 4,936 diamonds, almost 33,000 carat and weighs just over four kilograms. Looking at the video below, it's hard to imagine that anything can sparkle even more though. The Imperial Crown certainly was the highlight of this year's special exhibition that will run until January 15 of next year.

In addition, the exhibition at the Hermitage showcases dresses, jewellery, cameos, and snuff boxes, as well as fine art works from Catherine's vast collection: paintings, sculptures, exquisite crafts and portraits of her family and friends. The exhibition tells the story of her life from being a poor princess from a rather unimportant German house to the most powerful woman of her time capturing her not always easy but extremely interesting personality. For anyone interested in royal history in general or Romanov history in particular, this exhibition is a great way to learn more about Catherine the Great and I much recommend you to go should you be in or around Amsterdam in the remainder of the year.

Good to know:
"Catherine, the Greatest - Self-polished Diamond of the Hermitage" will run until January 15, 2017. The Hermitage Amsterdam is open daily from 10am to 5pm except for Christmas Day (December 25). Admission per adult is 17.50 euros.
Amsterdam Romanov Russia Special Exhibition 2016 The Netherlands